Into The North Eastern Mist 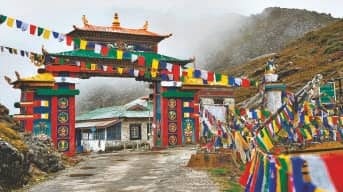 Many years ago (I think it was 1996/7), I was invited to speak at a convention of North Eastern journalists and information officers in Gangtok, Sikkim. What I remember most clearly about that gathering was a) how much curiosity there was about the rest of India and b) how much apprehension there was among many of those who attended the convention about how they would be treated when they visited other parts of India.

Most of them had experienced some kind of racism in their interactions with people in other parts of our country. Many young people in their states, they told me, had been so seduced by the satellite TV culture (MTV was the rage) that they began to wonder if they didn’t have more in common with say, viewers in Bangkok than with those in Benares. At least there, nobody would make jokes about their appearance or use racist terms to describe them.

Much of that has now changed. The North East is much better integrated with the rest of India than ever before. Whole sectors of our big city economy – the hospitality business, for example – would probably collapse if they could not rely on talent from the North East. And because we are more aware of the North Eastern states, we are less prone to prejudice and the sort of casual racism that comes from ignorance.

And North Easterners, for their part, have responded warmly to our changed attitudes. It used to worry me, 30 years ago, when they referred to the rest of ‘us’ as ‘Indians’, almost as though they were not part of our country. That’s changed too.

Even so, not enough of us go to the North East. We know vaguely that it is supposed to be very beautiful (which it is) but we are not sure how to get there or what to do once we reach.

Most North Eastern state governments are aware of this and are making determined efforts to attract visitors from the rest of India.

Except that it is not easy.