Why Brooks Brothers Is Investing in Veteran Tailors 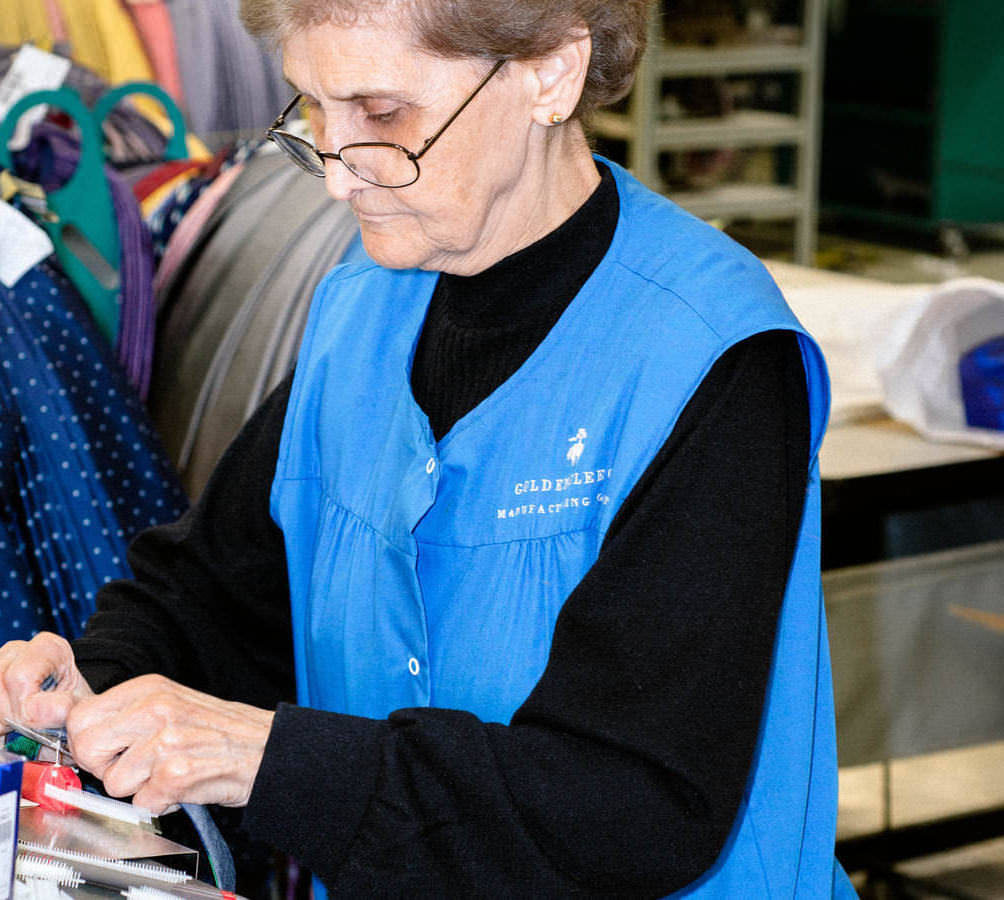 At a pioneering Brooks Brothers plant in New York, half the workers are 55 and older.

Julia Yeje, who wears her graying hair in a long braid, runs her hand up and down a bolt of striped silk fabric, checking for flaws. Then she turns to her sewing machine and effortlessly shapes a tie, focusing most on the tip, and sews in its lining at a Brooks Brothers plant in Long Island City, N.Y. “I love my work,” says Yeje, 64. “When I have a suggestion for making something better, people here listen.”

So much for the notion that older workers spend part of each day watching the calendar. Yeje has no intention of retiring anytime soon, nor do her employers intend to let her. In today’s fast-paced, transitory workplace, where many companies favor young, inexpensive workers or outsource to low-cost contractors overseas, Brooks Brothers considers senior employees such as Yeje worth the extra cost.

Though the factory’s 222 employees range in age from 22 to 80, more than half are 55 or older. The average tenure is 30 years. The plant is an example of age diversity, providing a glimpse of where the U.S. workplace may soon be heading as the population ages. Almost 20 percent of Americans 65 or older were employed last year, up from 12 percent a decade ago. More seniors are keeping their jobs beyond traditional retirement age, because they want to continue working and often need the income. At the same time, manufacturers, retailers, and even legacy technology companies are rediscovering the value of older, more seasoned workers and are taking steps to keep them.