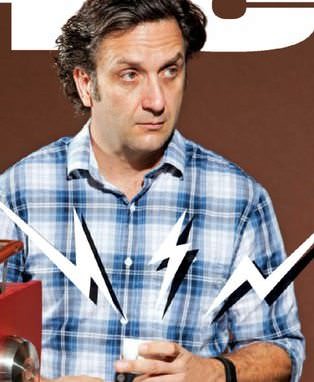 Jason Prefontaine is on a quest to create the perfect espresso shot. All it takes is one of his $22,000 machines.

Jason Prefontaine is standing in front of the Slayer, his company’s $22,000 espresso machine. It’s a beautiful beast, finished in a pearly burnt orange and built to brew for the truly obsessive. But he doesn’t think he should make a shot of espresso. He doesn’t know which beans are in the grinder, and Prefontaine only likes to make flawless shots.

Realizing he probably shouldn’t send me off without a Slayer shot, he goes into a trancelike state. He brews one shot, which tastes fine but a little thin, with a bitter aftertaste. He tries again, tweaking the settings. Slayer’s the only commercial espresso machine that lets a barista choose exactly how much water hits the beans in a given moment. Prefontaine is adjusting it to make each shot slightly richer, juggling the temperature, grind, and water flow. The shots become sweeter and more viscous. He tosses out one without even tasting it: “That’s still too fast,” he scoffs. Eight attempts later, Prefontaine finally pulls a shot that’s acceptable. It’s got a round, bright flavor, with no hint of bitterness. “I can taste the f---ing beans in this,” he says, beaming.

In the past 15 years or so, coffee growers, roasters, and drinkers have become hyper-attuned, focusing on the ripest berries from the part of a farm that receives an optimal amount of sunlight. Quality beans can be roasted lighter, so the flavor isn’t burned out. “That’s what led to getting clean, sweet coffee instead of muddy, fermented coffee,” says Jeff Taylor, co-founder of PT’s Coffee Roasting, which has been roasting since 1997.

The final frontier in coffee elitism was building machines that could brew these fancy beans to their highest potential. “I have my techniques and my skills and my beans so fine-tuned and detailed. Then you start using these espresso machines that are inconsistent,” says Pete Licata, co-owner of the Roast Ratings website and winner of the World Barista Championship in 2013. Even top machines would run out of steam at a busy cafe, and their water temperature would fluctuate by as much as 10 degrees.