The Grandeur Of Smallness 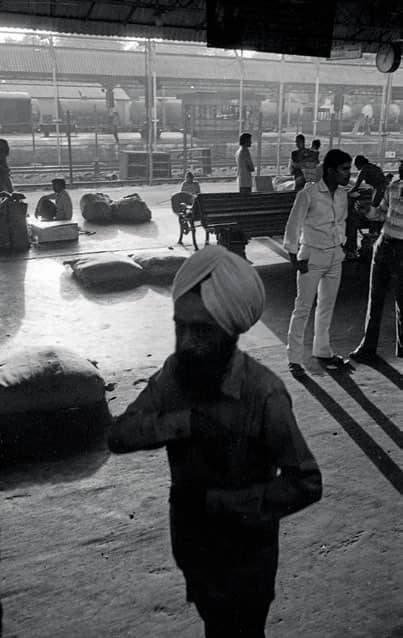 Mahesh Bhat on sharing extraordinary stories of ordinary heroes through one of the most successful photography projects, Unsung.

The year was 1986 when I visited Delhi to meet a few senior photojournalists to show my work and to know their opinions on becoming a professional. I was still in college then. My journey began as the train trudged down to Palghat from Mangalore, turned around at the Palghat gap, and went northwards. On the second evening, it reached Nagpur, where a woman boarded the reserved compartment with her baby. She was carrying a general class ticket. The coach was completely occupied, and people began to object. She begged them to let her in, stating that her father was extremely ill in Bhopal and she had to go to him. Finally, people took pity on her, and she went and sat on the ticket collector’s seat. As the train moved on, I began munching on a packet of biscuits, her hungry baby greedily looked at the biscuit packet. I shared some of it with the child. The woman started talking to me. She said that she had lost her mother during the gas leak, and though her father survived, he was in bad health. She got a telegram that afternoon expressing how seriously ill he was, and she was rushing off to look after him. I asked her if she received any compensation. She replied that the government had sanctioned her Rs. 10,000 but the disbursing officer had taken Rs. 5000 out of it. “Dus hazar tho mila, magar panch hazar woh log kha gayen,” were her words. I was truly upset at this injustice and it left a deep mark on my conscious. In more ways than one, this incident would go on to shape the kind of work I would go on to do as a photographer. Even the idea of working on the book Unsung, about people who have contributed to society against great personal odds, began to take roots in my subconscious mind then.

Later in the mid-90s, as I was watching my nieces grow up, I realised that we hardly had any role models, other than celebrities. However, in the course of my work, I was meeting seemingly ordinary people who were making extraordinary contributions to society despite their struggles. I wanted to tell their stories. Soon after, the Unsung project was born. In 2004, I began to work on the book. The concept of crowdsourcing didn’t exist then. So, I started raising funds by asking a couple of Bengaluru-based companies to help by placing orders for bulk copies and to pay some money in advance. I roped in Anita Pratap, one of the finest journalists of our country to write, and she agreed wholeheartedly. We worked for over three years, visiting the heroes multiple times.