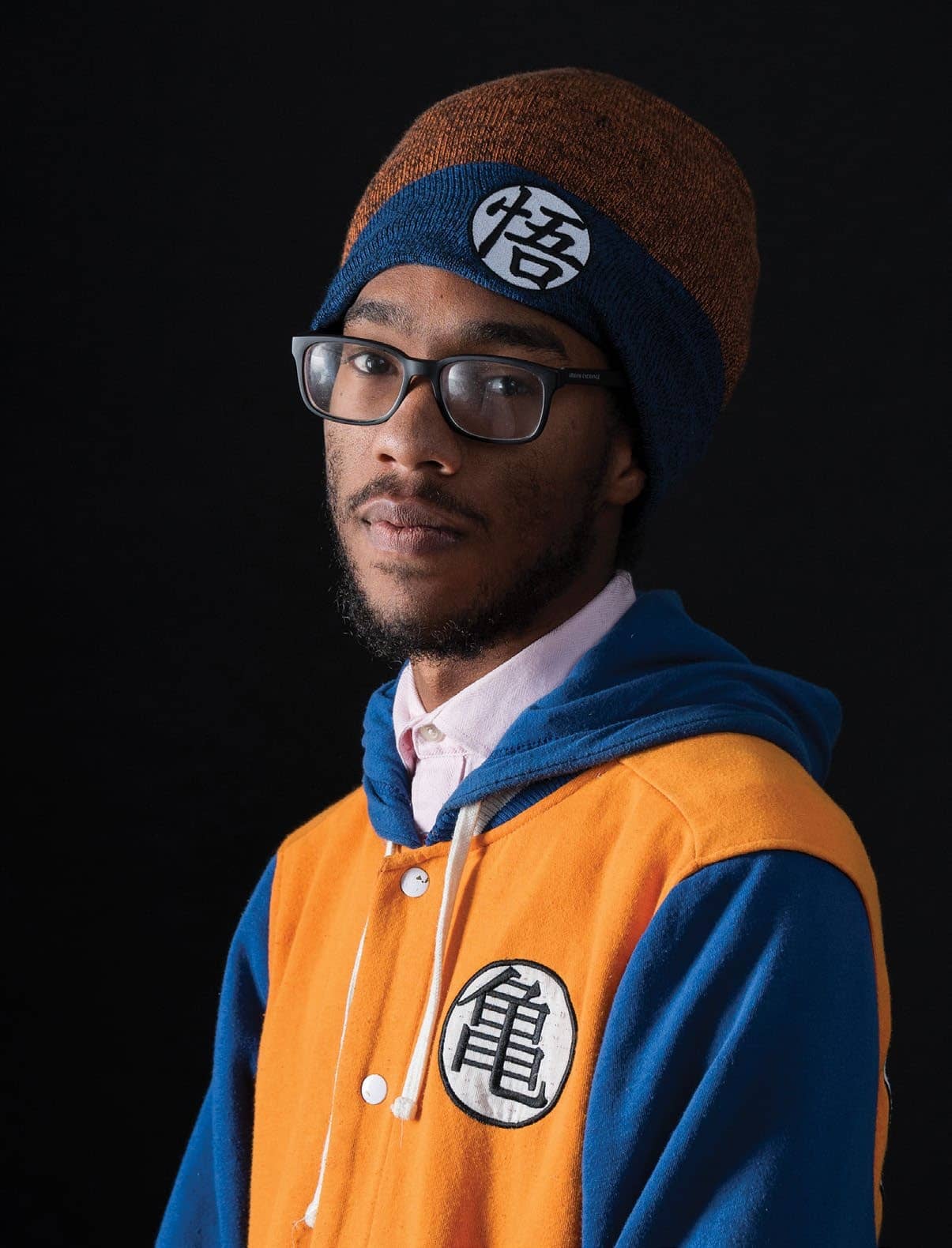 WHEN STEVEN CLAPP WAS IN NINTH GRADE at Dunbar High School, a woman came into band class and read off a list of students’ names. “I was playing snare drum and minding my own business,” Clapp, now 20, says. “She told us to follow her. I thought I was in trouble.”

The woman, who, it turns out, was employed by a nonprofit, led them to another room, where she said, “You’re gonna take this quiz, you’re gonna eat this pizza, and you’re gonna like it,” Clapp recalls.

The chosen students, identified as “high potential, low performers,” he says, had been selected to participate in Thread, an organization that provides a network of support to each student, committing to the student in various ways for 10 years.

Clapp, pictured, who didn’t have money for food that day, did as he was told and liked it. Not just the pizza, though that seems to have been a valued perk. “Thread drowned us in pizza,” he says. “Plus, we got Chipotle at midterms and finals.”

But the relationship didn’t end with a free lunch: Over the years that he’s been involved with Thread, he’s received all sorts of support—everything from a lift from Dunbar (in East Baltimore) to his brother’s house in Pikesville, to help with homework, to just having someone to hang out with on a summer afternoon. “If it weren’t for Thread, I’d be working at Wendy’s,” says Clapp, who currently freelances as a music producer and helps market a new app affiliated with Thread.

Today, more than two years after graduating from high school, he sits in a small meeting room at the Thread headquarters in Mondawmin Mall with Vince Talbert, one of his mentors—Thread calls them “volunteers”—to talk about the program. This time, there are donuts.

The two met in 2018 when Talbert, a tech entrepreneur who started the company Bill Me Later (which he later sold to PayPal) began developing an app to support Thread. The platform, called Thrive, is designed to help scale Thread’s activities by connecting its participants.