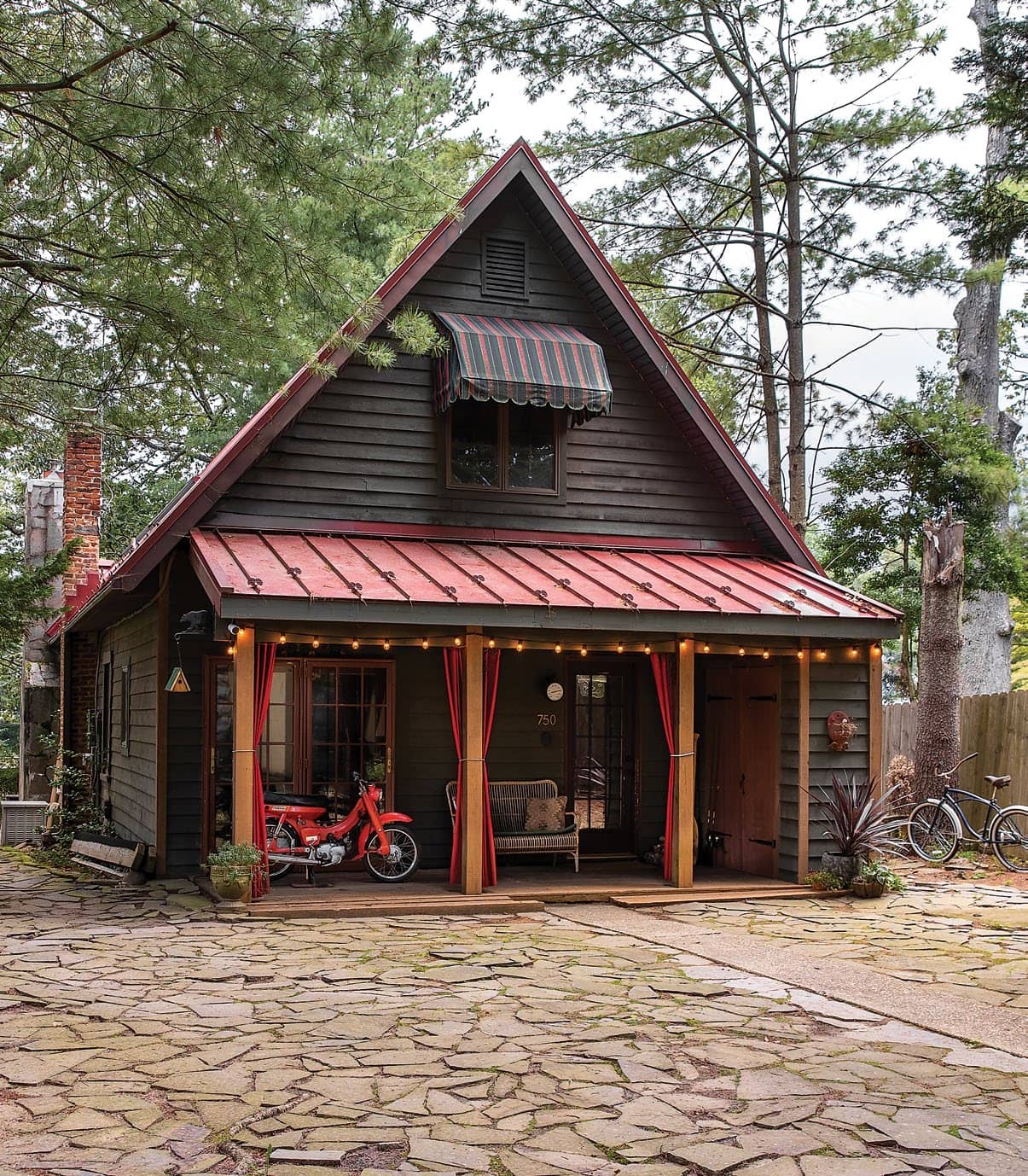 A Severna Park couple writes their home’s next chapter.

TUCKED AWAY BETWEEN towering pine trees, Victoria and Hunter Selman’s rustic A-frame home looks like something plucked from the Swiss Alps.

The waterfront chalet stands apart from neighboring properties in Severna Park. Thanks to the quirks of its prior owner, the original 1940s fishing cottage—one of many in the area used by Baltimore and Annapolis families as a summer residence—was given a mountain makeover by a Swiss woman in the early ’90s who added a second floor and the property’s signature roofline.

And it was this quirkiness that initially drew the Selmans to the property. After a more than yearlong home search, the then-newlyweds immediately fell in love with the home’s rustic charm and waterfront location. A dramatic price cut and detached studio with potential for a rental unit put the property within the young couple’s reach. Coming from a 300-square-foot above-garage apartment, the Selmans were eager to move in with their 14-year-old ragdoll cat, Keo. 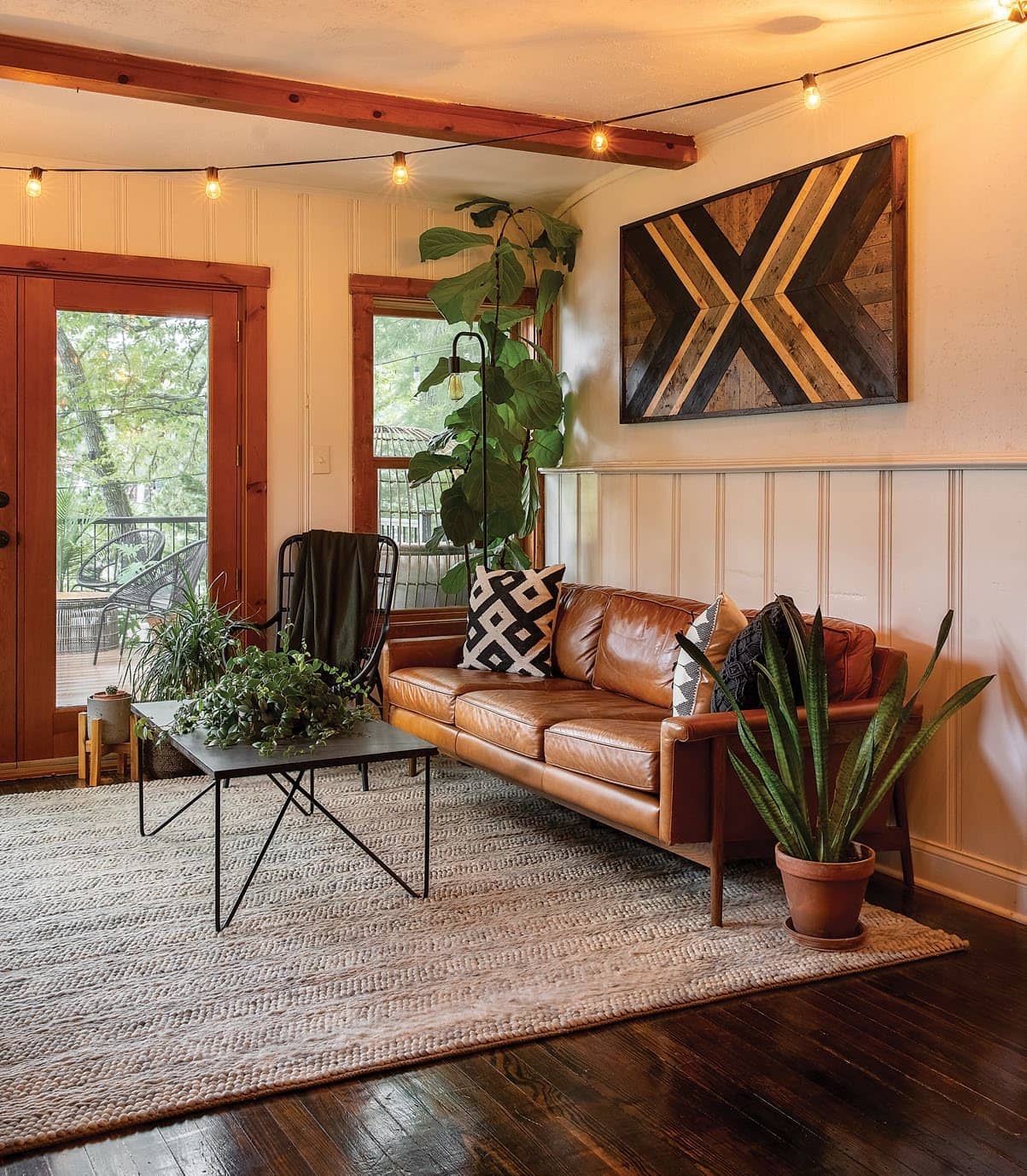 After purchasing the property in July 2016, they set to work updating the home’s interior, which had been relatively untouched for decades. The blank slate allowed the couple to highlight their favorite existing features while personalizing it to fit their own style—a curated, natural aesthetic grounded in rustic wood and earth tones with accents of black and gold.

“We really enjoy doing projects together,” says Victoria of their choice to buy a fixer-upper. “So I think the ability to personalize it and work together were two big priorities when we were searching for a home.”

The couple is used to working closely in Victoria’s wedding and destination photography business, where Hunter makes up the other half of the creative duo as a photographer and videographer. They approach their home projects in the same way—collaboratively working toward a shared vision. 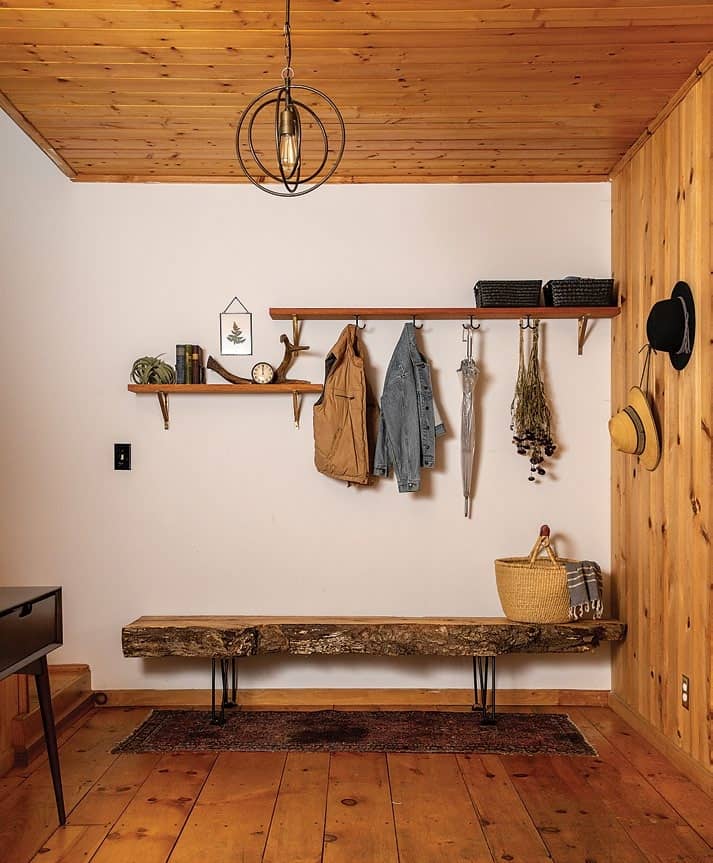 As creative professionals, their goal was curating a living space that feels both calm and inspiring, says Victoria, who works from a home office with views of Cypress Creek when she’s not out on location. “Being inspired visually by our surroundings is very important to us,” she says.

After gutting and renovating the rental apartment, the Selmans tackled project after project in their home, ripping out carpet to expose hardwoods and painting the interior, where knotty pine paneling on the walls and ceilings created a heavy cabin-in-the-woods vibe. To brighten the space without losing the rustic charm, the Selmans selectively painted walls white, allowing the remaining natural wood elements to pop.