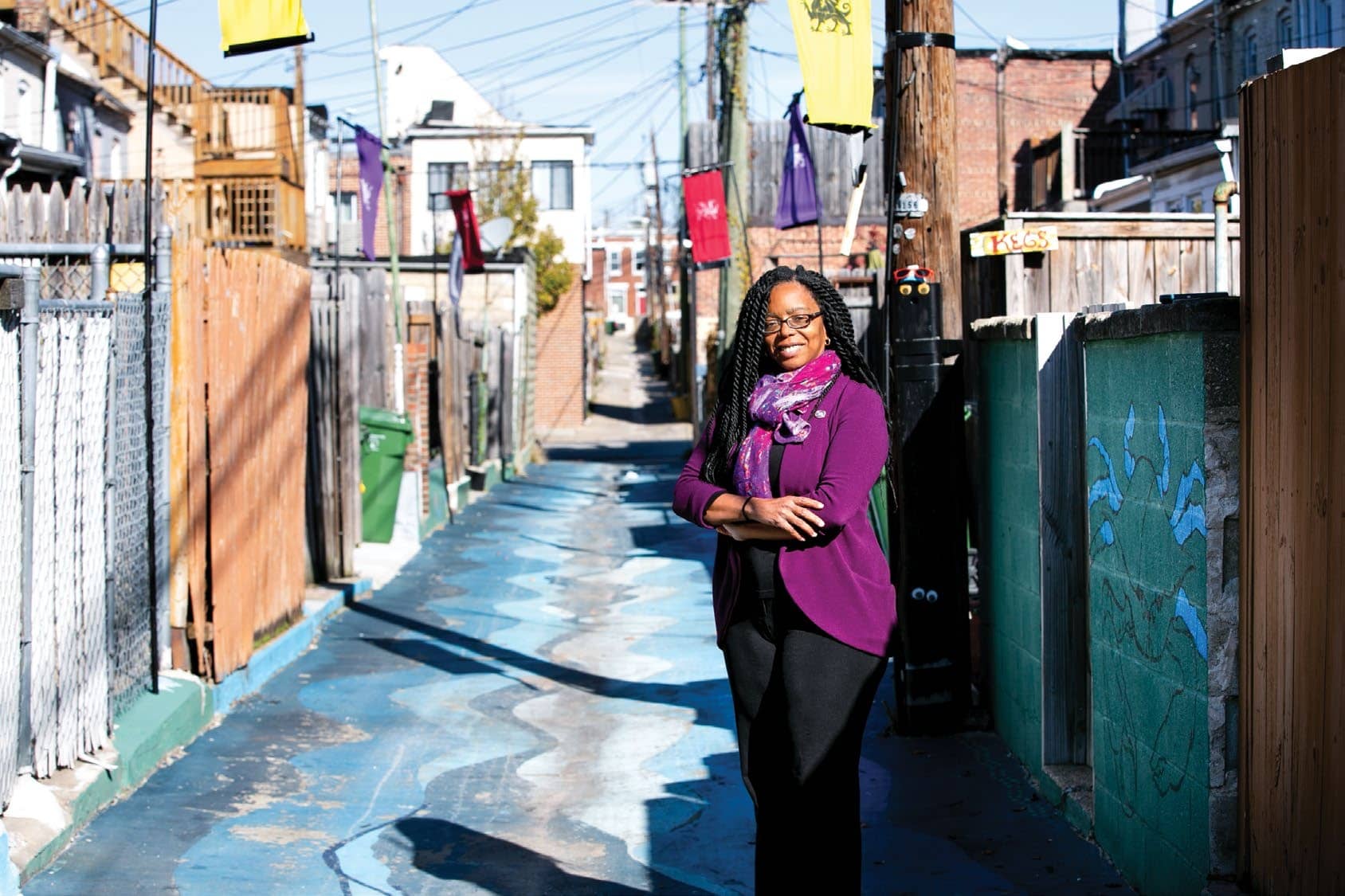 THOUGH SHE’S THE FIRST person of color to hold state office in Baltimore’s 46th legislative district, which wraps around the harbor from Brooklyn and Cherry Hill to Highlandtown and Dundalk, Del. Robbyn Lewis never set out to be an elected official.

Inspired by a childhood dream of becoming a physician and running the World Health Organization, the Indiana native worked for two decades in international health after serving in the Peace Corps. After being recruited by Johns Hopkins’ Bloomberg School of Public Health to study tuberculosis and HIV prevention in Haiti, Lewis settled in Baltimore, where she worked for the Hopkins-affiliated nonprofit health organization Jhpiego and jumped into community activism in her neighborhood of Patterson Park.

Shortly after the 2016 presidential election, Lewis was hired by Emerge Maryland, which recruits and trains Democratic women to run for office. When one of her delegates, Pete Hammen, left to work for then-Mayor Catherine Pugh in late 2016, Lewis was chosen for the job. She was reelected by her constituents in 2018.

What led you to the Maryland House of Delegates? How does this role build upon your prior work in public health?

I am part of the wave of people who came into an elected position as a result of the 2016 Trump-Clinton presidential election. Around that time, I learned about this program called Emerge Maryland. I thought, of all the changes I’m looking for in my life, maybe I’ll check this out. In the aftermath of the insanity of the presidential election, I asked myself, “What can I do to protect my neighbors?”

After traveling the world, what made you stay in Baltimore?