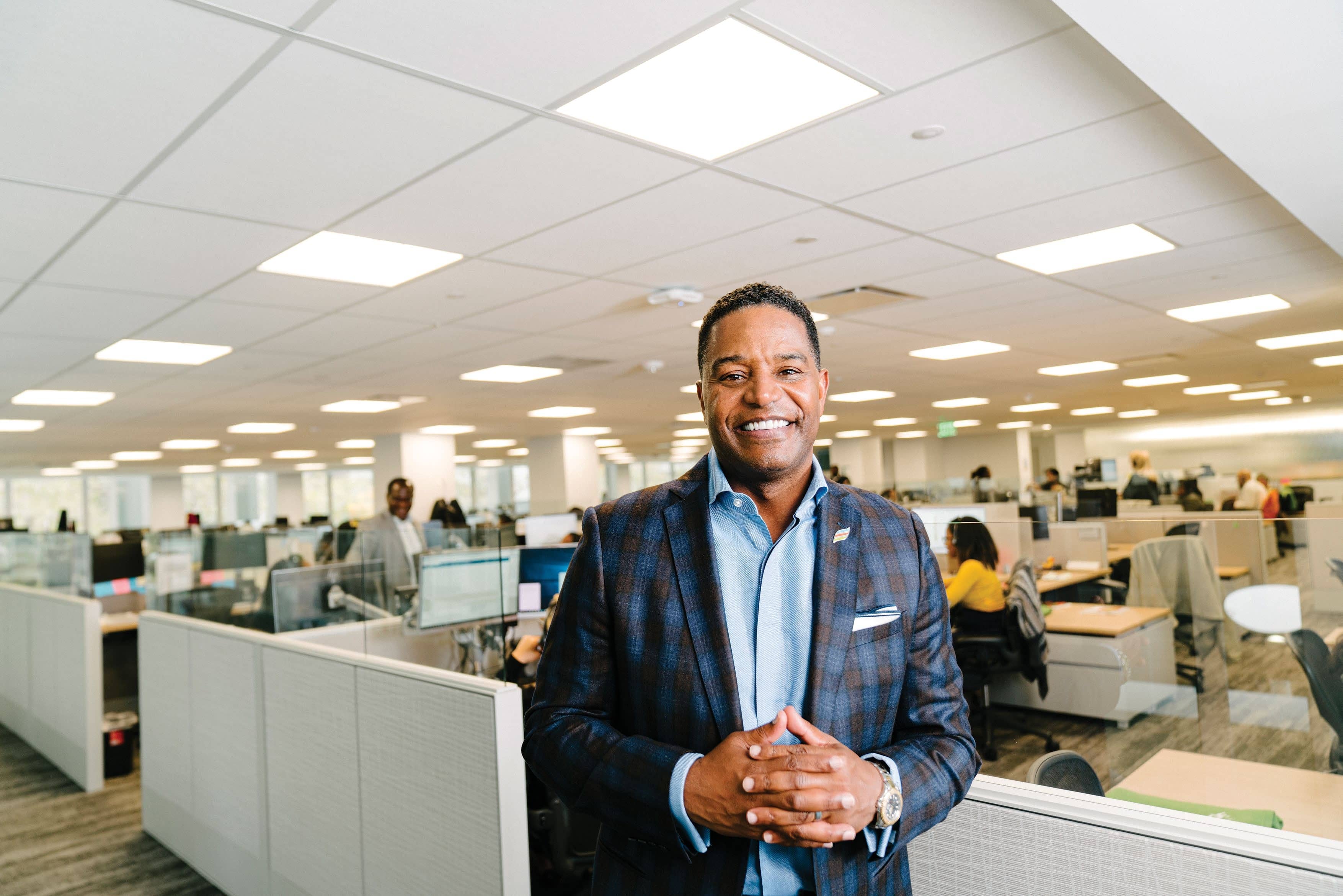 Exelon exec has flipped the switch on money and leadership for multiple city causes.

FRESH MARKETING CAMPAIGNS about their community involvement, new Baltimore-boosting billboards, words of sympathy, and small donations to this or that urban cause.

In many cases, that was the response of the local business community to the uprising in 2015 following the death of Freddie Gray. But it wasn’t enough for Calvin Butler.

The St. Louis native had been named the CEO of BGE just the year before—he has since been promoted by parent company Exelon—but he was already plugged into the city, its struggles, and its capacity to make itself stronger. And the unrest put him into action.

By his own admission, Butler is not a patient man, but that’s paid off for Charm City. After the unrest, he immediately thought of what he and BGE could do to effect a long-term sustainable change—not just write a check.

“What was interesting about [the Freddie Gray uprising] was a lot of people were giving a little money here and there, but at the end of the day, if people don’t have jobs, if people don’t have hope, they’re going to do what they have to do,” Butler says. “The city felt, in real time, what happens when people feel as if they’re being suppressed.”

Butler knew there were job opportunities in his energy sector. He also knew there was opportunity in construction. Over the course of several Saturdays, Butler met at Atwater’s off York Road with Whiting-Turner CEO Tim Regan. Together, they mapped out an idea on the back of a napkin.

“We recognized people who feel disenfranchised lack a couple of things: mentors, social capital, and opportunities,” says Butler, who, in December, was put in charge of other Exelon utilities as well. “We didn’t want to create something new because there are already many organizations in the city doing great things, so we went to the community in West Baltimore and asked them what we could do.”

The initial idea evolved into TouchPoint, co-founded in 2017 by BGE and Whiting -Turner. Located in Mondawmin, it brings together three pre-existing, high-performance nonprofits—Thread, Center for Urban Families, and Baltimore Corps. According to Sarah Hemminger, CEO of educational outreach nonprofit Thread (see page 34), TouchPoint nurtures the existing talent pipeline in the city “from cradle to career,” by bringing nonprofits, community partners, and all their associated audiences together to volunteer and collaborate across silos.