A Moment of Reckoning 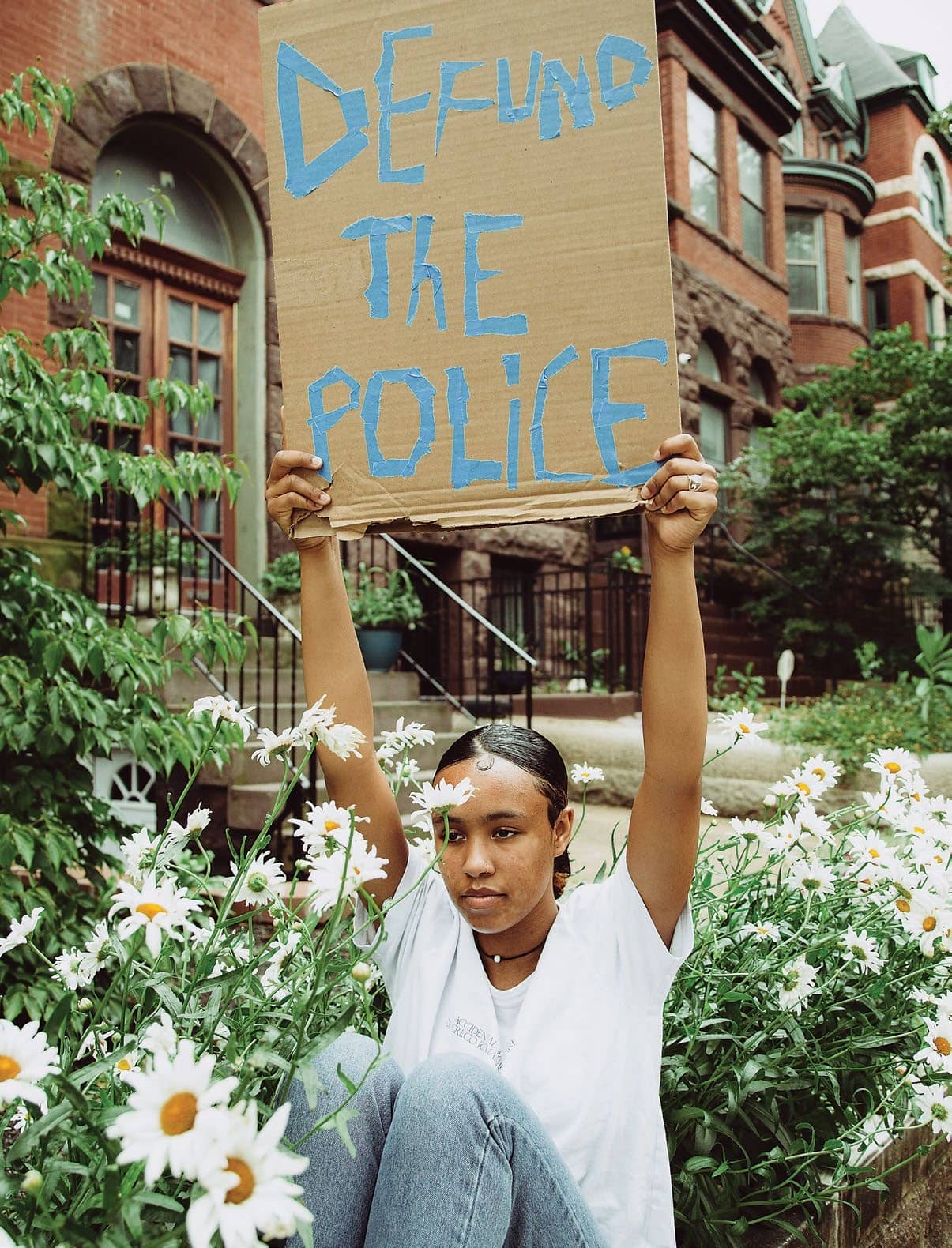 LISTENING TO BLACK VOICES IN BALTIMORE

IN LATE MAY, a horrifying video began to circulate of George Floyd, a 46-year-old Black man who died in Minneapolis after being pinned under the knee of a white police officer while pleading more than 20 times: “I can’t breathe.”

The loss of Black life at the hands of law enforcement has become a familiar story in America. Just five years earlier, Baltimore had been at the center of similar anguish after Freddie Gray died from injuries suffered while in police custody. But this time, the grief and outrage over Floyd’s tragic death incited protests that would ripple out across the entire country, forcing many to realize that, a century-and-a-half after emancipation and a half-century after Jim Crow, systemic racism remains entrenched in the United States.

“I saw generations, decades, of frustration,” local artist Ernest Shaw Jr. told PBS in the aftermath of the 2015 Baltimore Uprising. “I don’t think it was directed solely at police officers. . . . It was directed at the system.”

In that same vein, this national outcry is about much more than police brutality and the failings of our criminal justice system. Systemic racism and racial inequality are being called out in all aspects of society: education, employment, health care, housing, voting rights, incarceration— and anti-racist allyship among non-Black people is at an all-time high. Since the death of George Floyd—after Rayshard Brooks, Tony McDade, Breonna Taylor, Ahmaud Arbery, and Elijah McClain—there has been an undeniable shift in public sentiment and a newly urgent refrain: enough is enough. 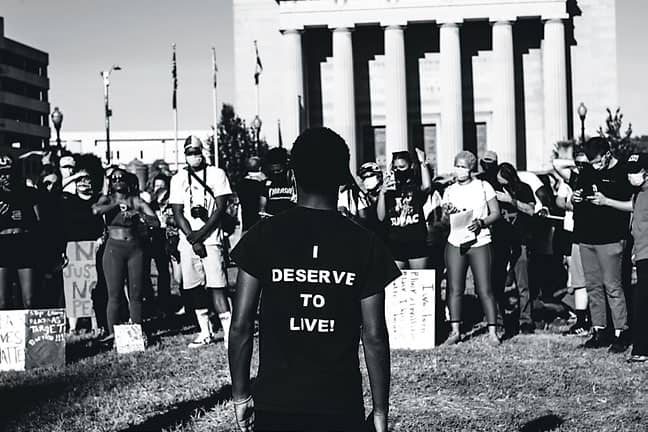 But it does raise the question: With generations before who fought tirelessly for civil rights—from Frederick Douglass to Lillie Carroll Jackson to Thurgood Marshall to Elijah Cummings, to name just a few here in Baltimore—what makes this moment different?

Perhaps, in part, it’s the coronavirus pandemic, which has given many time to reflect, as well as witness the disproportionate impacts of COVID-19 and its economic fallout on minorities. Certainly, the omnipresence of cellphone video and social media is documenting racial violence and making it difficult to look away. Likely, the protests have also been fueled by a polarizing president, who has stoked racial tensions and failed to unify the nation.

All the while, city streets are being renamed, Confederate monuments are coming down, police reforms are underway, and across America, hundreds of thousands of protestors of every color, age, and creed have been out there, day after day, fighting for justice and equity on a scale never before seen in this country. Once a rallying cry for activists, Black Lives Matter is gaining acceptance as basic truth.

Two months in, it’s clear that this reckoning is more than just a moment. But where do we go from here? Will there be meaningful, lasting change?

On the following pages, we listen to local Black leaders as they speak to these historic times, share their own stories, and pose hopes for the future. “It’s better late than never. . . . Isn’t that the point? Continuing to talk about something until it comes to light,” says musician Eze Jackson. “I’m grateful for it, and I’m not going to stop. There’s more to talk about. We’re just getting started.”

I’VE BEEN PROTESTING since I was about nine. I went to the Trayvon Martin protest in New York City. I went to an Eric Garner protest. I went to a Freddie Gray protest. When we first moved to Baltimore, that’s when Freddie Gray was murdered by the police. It was sort of by my house where all the uprisings happened. We went to help clean up when the uprisings settled down. It’s been really awesome to see all these people come together [this time]. Going to protests, I’ve seen many people of different races, different ethnicities, different backgrounds come together to fight for Black rights and human rights. . . . For the student protest [in Baltimore this June], a group of us talked about the demands: Racial bias training for teachers and students. Adding more books by African-American authors and scholars within the English curriculum. Just talking more about Black excellence. And implementing the Black Lives Matter movement within the history curriculum because we definitely have been making history. I read the demands. Speaking in front of all those people gave me confidence to keep pushing with activism. We need to have more conversations about race, anti-Blackness, white supremacy, and white guilt. I think Black kids are more open to talking about race. It’s still very hard for my white peers. That’s also what we were fighting for in our demands. . . . Young people have been fighting for years for what’s right. And with social media, antiBlackness is more clear—we’re getting more information. But we learned from the people who came before us. We learned from Angela Davis, Malcolm X, Toussaint Louverture, Nat Turner, Ella Baker. We’re trying to finish the work that they started. Everyone’s waking up now. I know that change is coming. But I’m still on the edge. This has been 400 years of “change is going to come.” It’s been slow to change.

—AS TOLD TO MAX WEISS 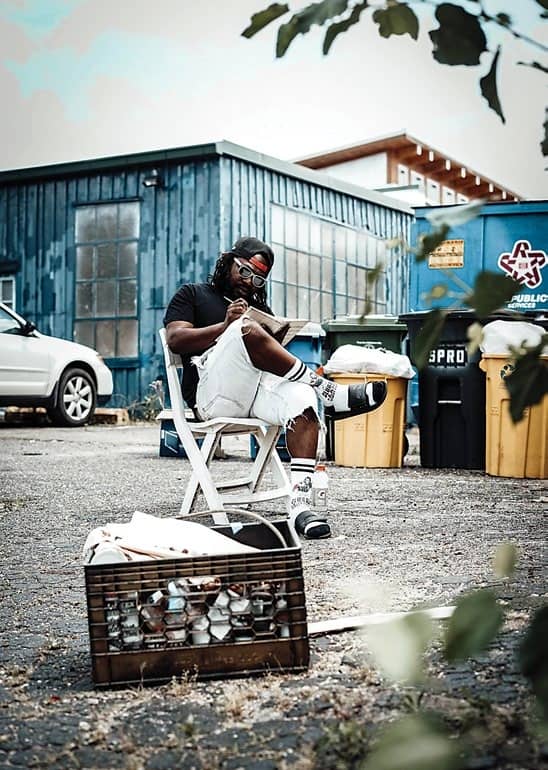 I’ve always felt like artists should help push social agenda. My mother raised me on protest music. Marvin Gaye. Stevie Wonder. She was a big Public Enemy fan. Those sorts of artists were always my favorite musicians. When I left community organizing in 2014, I never felt like I was totally leaving the movement. With music, I could say what I want. I didn’t have to worry about my job being like, well, that’s not the position we’re taking so you have to be quiet. My mother would always tell me stories about what was going on in the world when certain songs came out, like Sam Cooke’s “A Change Is Gonna Come,” and the fact that she could remember was always fascinating to me. Recently, when we had protests here in Baltimore, they played my song, “Be Great,” [outside of City Hall]. To see my music providing a backdrop for this moment was humbling. I definitely cried. And now people have been pulling “Unapologetically Black” back up, which I wrote a few years ago when a lot of stuff was happening——PhilandoCastile, Alton Sterling, post-Freddie Gray. That’s the goal, I think. An artist's job is to articulate the human experience. When people identify with that, it’s a blessing.

—AS TOLD TO LYDIA WOOLEVER 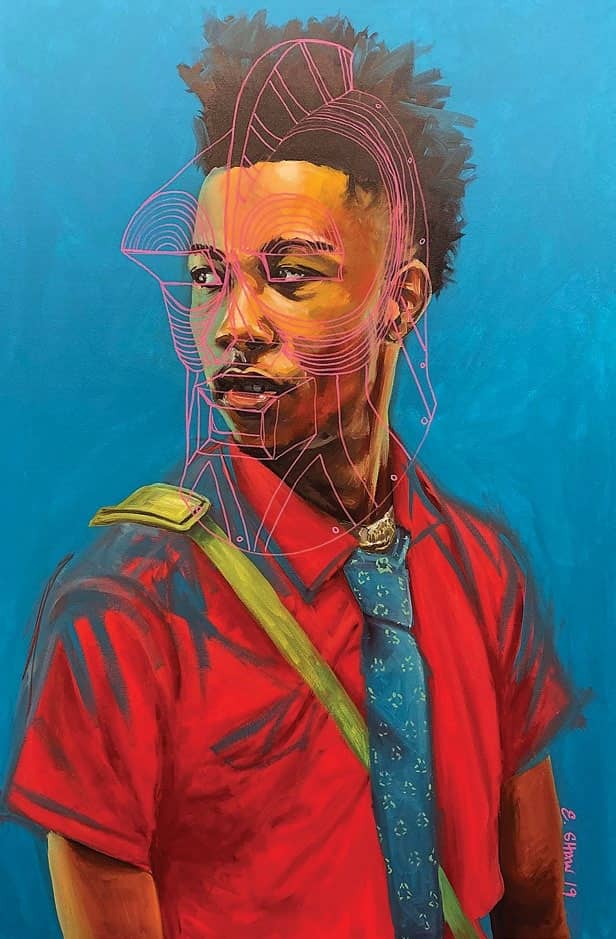