A Fight on Two Fronts 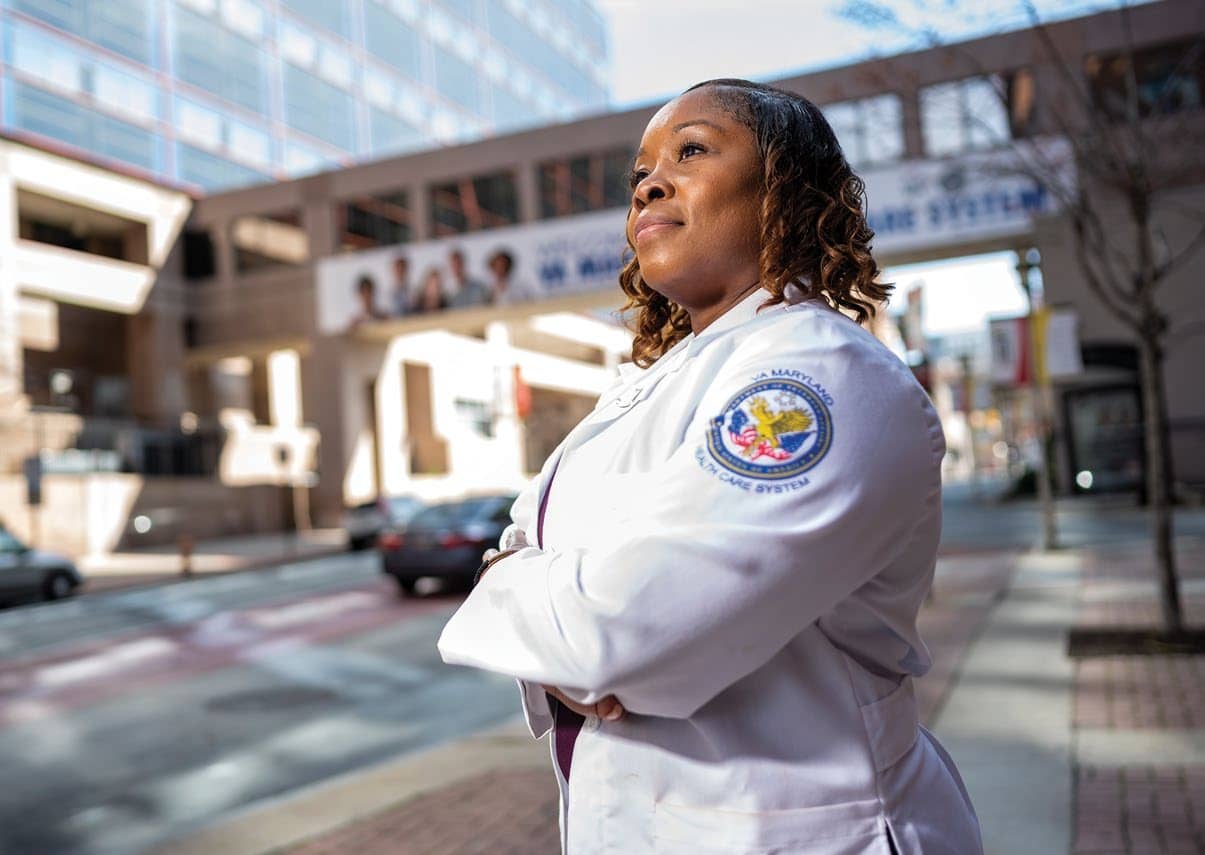 A WAVE OF POSITIVE ENERGY follows Lt. MeShondra Collins as she makes her way across the fourth floor of the Baltimore VA Medical Center, home to the medical and cardiac ICUs, called MICUs, which she oversees as a nurse manager.

Bubbly and outgoing, Collins, 41, greets or chats with the doctors, patients, and support staff she passes, effortlessly recalling the names of even short-term patients. Since she first arrived at the Baltimore branch of the VA Maryland Health Care System as an intensive-care nurse in 2014, Collins has quickly risen into leadership. Her patients and colleagues affectionately call her “Meme” (Mee-mee).

Three hours into her shift, at around 10:30 a.m., she’s preparing to make her second round of the day. She calls all the MICU nurses to quickly huddle together as she gives an award, known as a VA Gold Pin, to a member of her nursing staff for excellent patient service. Once she finishes reading the testimonial from a patient’s family member, the stafferupts in applause.

“A lot of times, my rounds are long, probably because I talk more than everybody,” she says with a laugh as she begins to loop through the MICU’s 10 beds. But she points out that those seemingly breezy conversations serve a purpose. As she gets to talking with patients or staff, they share ideas with her or offer feedback that she might otherwise miss. Sometimes, it’s just a word of support, with patients sharing how welcomed they feel in her units. “That’s my proudest thing, because as long as that’s the feedback I’m getting, I’ve done my job. The nurses are doing what they see me do all the time.”

As a Navy veteran herself, she has an easy rapport with patients like Ernest Jordan, who has been in bed No. 10 for two days. An Army veteran who retired as a chief petty officer after 22 years of service, Jordan received a kidney transplant at the Pittsburgh VA Medical Center in 2017 and has been treated at the Baltimore VA center for years. When Collins learns that Jordan’s daughter and granddaughter didn’t follow him into the Army, but rather enlisted in the Navy, she gently teases him about their excellent taste in armed services. 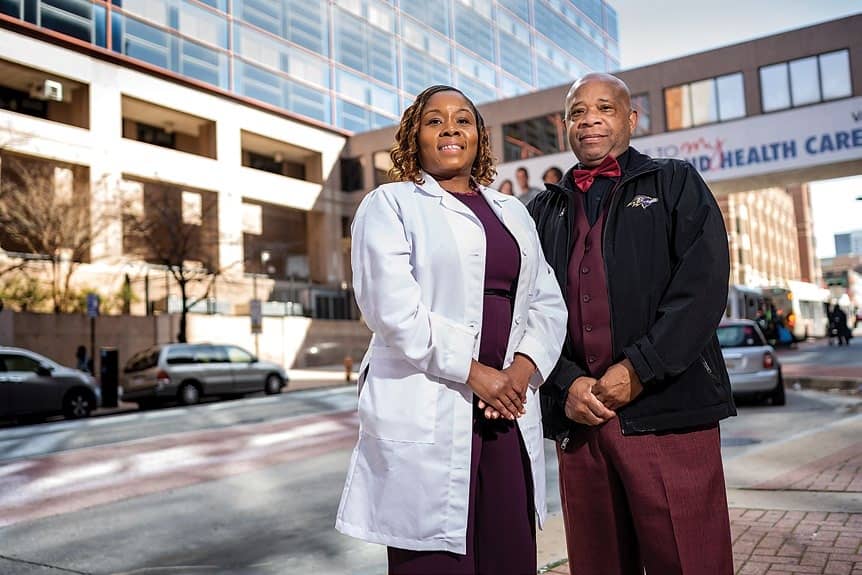 But no matter the branch, at the core of Collins’ identity is the idea of being a veteran serving veterans.

However, that commitment to service was severely challenged when the pandemic arrived early in the year, putting a whole new type of pressure on Collins and her staff.

True to form, Collins tackled the challenge as she does any other—as a leader that empowers her team to provide the best care possible.