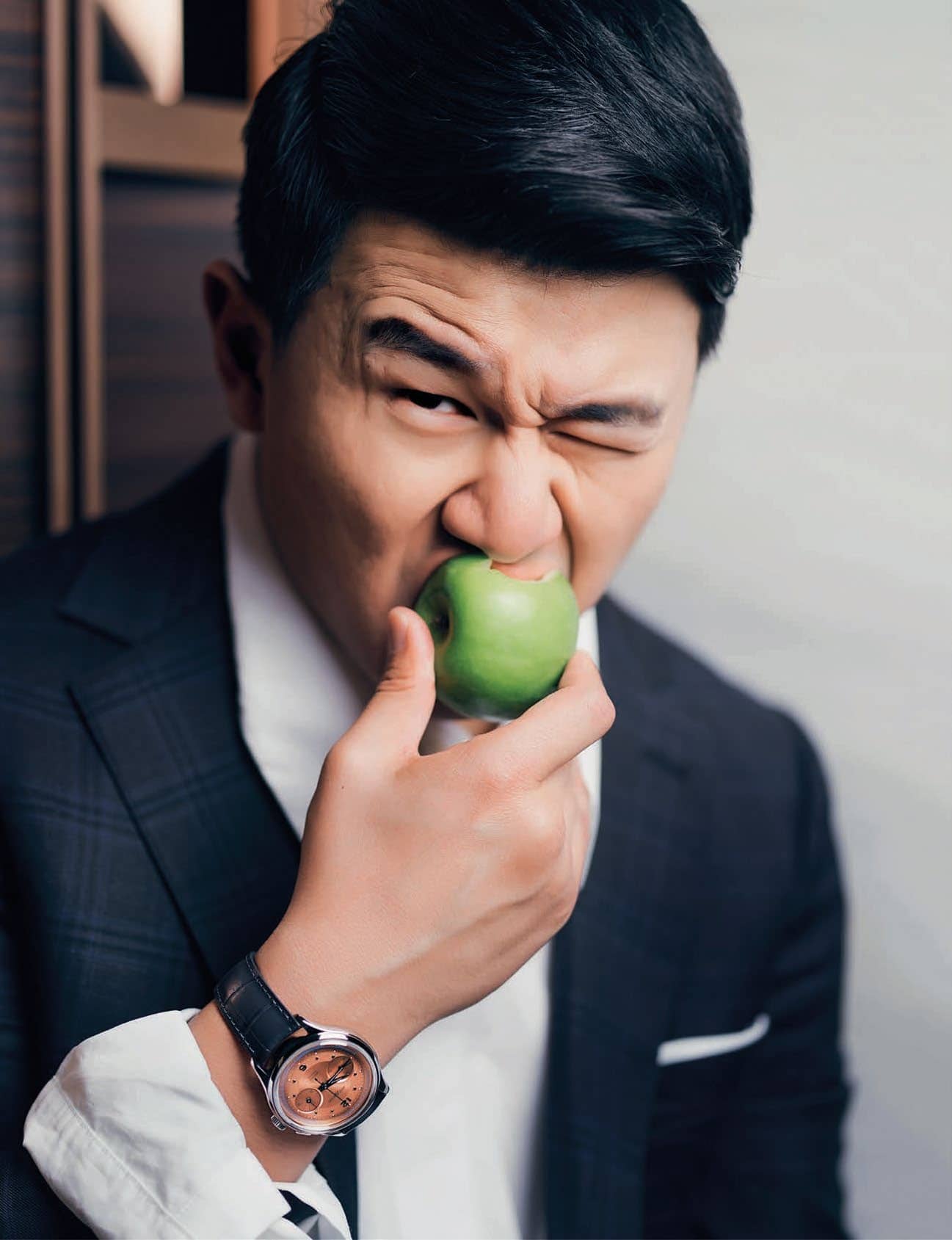 A Malaysian boy who grew up shuttling between Johor and Singapore, Ronny Chieng has since gone global with roles on Netflix and CBS

Ronny Chieng was late to the photoshoot despite his publicists stressing to us via email in the days leading up to it that he had time constraints. Initially, we could only have an hour with him. Thankfully, we managed to negotiate for extra time, albeit with a hard stop at 5pm as he had a flight back to New York to catch. (At six that evening, Chieng was still dining with LOL Asia founder Rizal Kamal at the hotel we did the photoshoot.)

“I’m like, drenched,” his message came in through WhatsApp almost 30 minutes after our scheduled call time of 3pm. “I’ve been wrestling, guys.”

As it turned out, Chieng had managed to slip out of One World Hotel unnoticed some time between his lunch and our scheduled appointment, first to renowned traditional bone-setting centre Chris Leong Method Tit Tar, then to a local gym for a session of Brazilian Jiu-jitsu (BJJ) – something he had picked up last year.

You’d think that he would be sleeping in that Sunday at the hotel, at least until it was time to saunter downstairs for our shoot. Chieng had, after all, just done two shows the night before at The Platform at Menara Ken TTDI, with barely a two-hour break between them. He was in Singapore the day before, by the way, for two other shows in the city.

“It was such a contrast to my first performance in Zouk KL back in 2011, when I tripped and smashed the glass floor going onstage. The crowd was totally different last night. People had paid good money and come a long way to watch the show,” Chieng recounts.

“To be honest, I didn’t expect tickets to sell out that quickly,” he adds. “I barely sold out the previous show I did in 2016 at PJ Live Arts. The venue was the same size and the tickets were way cheaper then. If I’d known that there would be such demand this time, I would have gone for a larger venue.”

If there is one thing we’ve learnt from his diligence in performing at five to six comedy clubs every night back in New York City, it is that Chieng is not the kind of guy to sleep in on Sundays, never mind that he had just performed four sold-out shows over two nights. The adage that hard work pays off rings true here.

Chieng is perhaps best remembered for his role as Edison Cheng, the Hong Kong-based banker cousin of Henry Golding’s lead character Nick Young in Crazy Rich Asians. However, to say that Crazy Rich Asians put him on the map will be a massive discredit to the hard work that he has put in over the last 10 years. He had barely moved to the United States in 2015, just before Trump began his term as president, when he scored the role of senior correspondent role for The Daily Show on Comedy Central – one of the heavyweights in satire and political comedy in the United States.

“I met Trevor [Noah] in 2013 at Montreal’s Just for Laughs Comedy Festival, where we did our sets for Eddie Izzard’s gala with a few Canadian acts,” Ronny recounts his chance encounter with the South African stand-up comedian, who is the current host of The Daily Show. “I guess I did a good set, because he said some really nice things after the whole thing, but we didn’t talk for two years after that.

“I suspected that it was Trevor who got me the audition [for The Daily Show], because two years later, I got an email from its production company asking if I’d like to audition for it,” he continues. “They asked me to write a segment for the show and to perform one they had written. I recorded both of them at home before flying to New York for an audition with Trevor at the studio.” Chieng was then in the middle of his stand-up comedy tour in the UK, which included a show at the Edinburgh Festival Fringe, when he got the call of a lifetime. Without wasting another second, he flew across the Atlantic there and then, and set up camp in New York for the next chapter of his career.