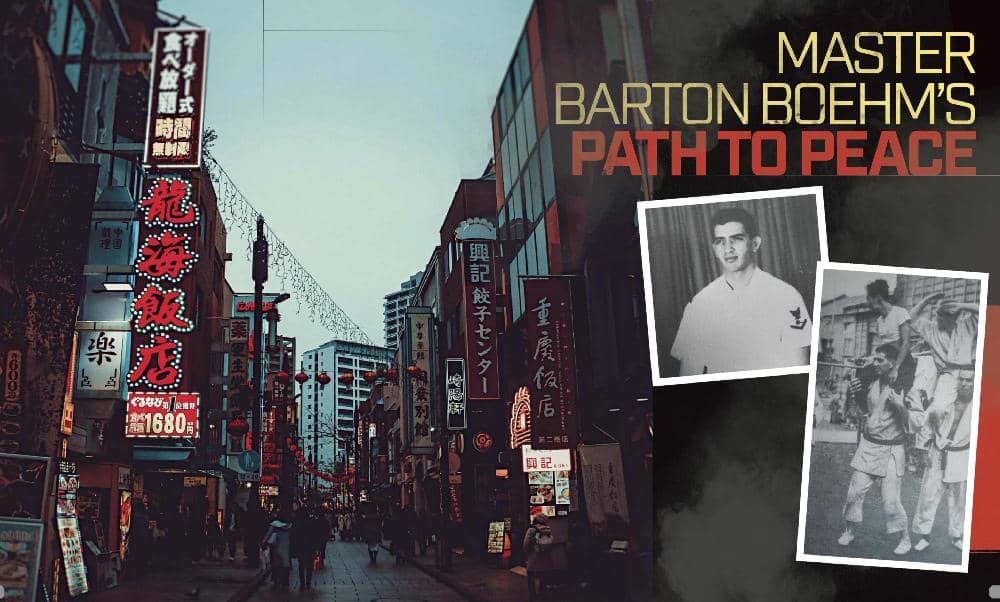 THERE’S MORE TO MARTIAL ARTS THAN KICKS AND STRIKES.

CHRISTOPHER NYERGES
Barton Boehm held his left palm forward. He smiled and said he didn’t want any trouble. His right hand was behind his back, holding his birch staff. As the “at-tacker” approached, Boehm’s right hand rapidly swung the stick through the air with a whoosh, striking the shins of the man ... who fell to the ground.

Boehm was demonstrating a simple technique that he teaches in his private Seiken classes.

I met Barton Boehm in the late 1970s through my association with the nonprofit, WTI. Its founder, Richard E. White, introduced Boehm to me as a martial arts master. His path to becoming a master began a long time ago.

While serving in the U.S. Navy during the Vietnam War and on shore leave, Boehm inadvertently met a master living in Japan and eventually moved into his home, becoming his full-time student for five years. The story of their meeting and subsequent time together is remarkable!

As I got to know Boehm better, I became his student, taking classes in his home dojo. There, during my private evening classes, I learned about holds, getting out of holds, falling and punching, as well as all the ways to quickly avoid a fight—or to never start one in the first place. But, for me, the highlights of the evenings were always the discussions we had after each of the workouts. It was then that he would share his philosophy of martial arts, developed from his Japanese training. 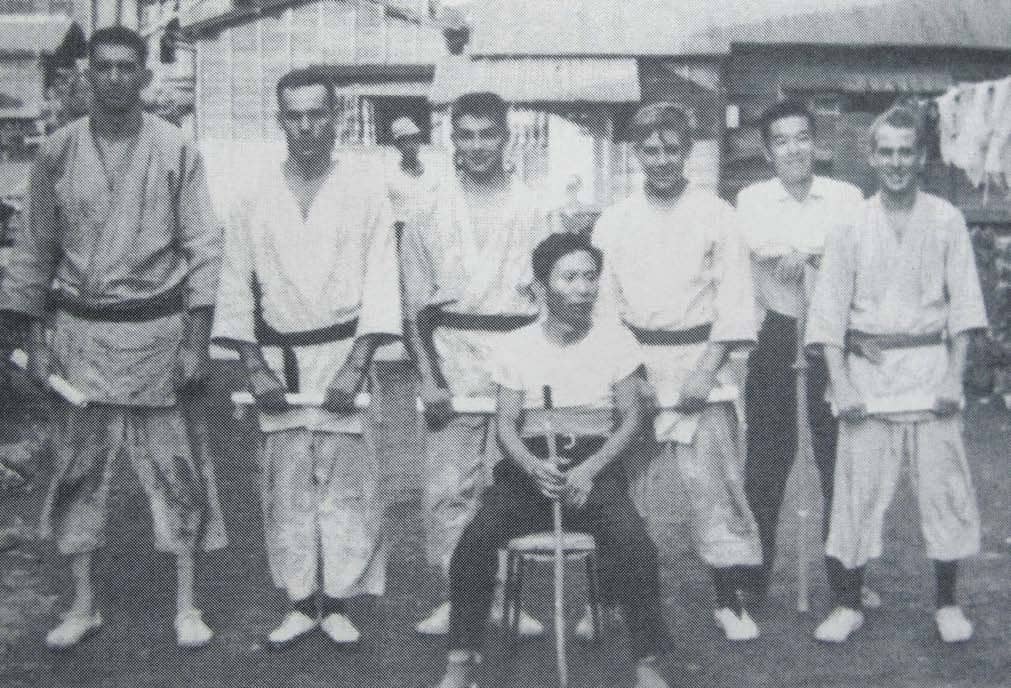 “You don’t want to fight,” Boehm would tell me. “People get hurt when you fight. You want to end a fight as quickly as it begins. You want to dispatch your opponent as rapidly as possible and get out of there.”

Needless to say, he wasn’t a fan of the martial arts movies, in which fights go on for 30 minutes, with actors flying from rooftop to rooftop, breaking bricks and continuing the battle in every possible position.

“Don’t get your information about martial arts from watching kung fu movies,” Boehm would tell me with a laugh.

When we discussed the popular Kung Fu TV series, which starred David Carradine as Kwai Chang Caine, Boehm pointed out that Caine often had many opportunities to avoid a fight; and when he did fight, it often went on way beyond what was necessary to end it. Even so, Boehm did say that he found the original TV pilot and some of the very first episodes of some value.