Leaders On The Trail

Asia’s trail running scene has exploded in the last few years. We talk to racers and organisers about some of its most notable events.

AS THE HEAT OF SUMMER FADES INTO autumn, its time for runners in the typhoon belt of Asia to shape up for a new season of trail races.

Elsewhere in Asia, the events never stopped, such is the level of interest in the sport today. Fuelled by the incredible variety of terrain and conditions on offer, and with an eye on marque events on the world stage such as Ultra-Trail Mt Blanc (UTMB) and the Western States, Asia’s trail running scene has never been stronger.

Ryan Blair, Champion System Adventure Team Director and an accomplished racer himself, says he feels very lucky to have witnessed this soaring interest in the sport in Asia: “The Ultra-Trail scene and race opportunities have just exploded in Hong Kong, Thailand, Mainland China, Malaysia, Philippines and really all over the region,” he says. “I am working and exploring a lot in Burma recently and even there some things are starting to happen.”

Another factor in the growth regionally has been the advent, in the summer of 2014, of the regional Asia Trail Master (ATM) series, www.asiatrailmaster.com. This has sharpened the focus for the increasing number of trail runners who like to take their sport on the road – to race hard, make friends from all over and maybe do some sightseeing on the back of it.

It’s also completing the circle, drawing so-called ‘destination’ racers from outside the region. Kris Van Der Velde founded the ATM: “As the quality of the events has increased tremendously in the last two, three years, we receive increasingly more requests from Europeans and Australians mainly, to run in the events we are promoting. In autumn, a Spanish TV production crew will be coming and filming at six ATM races, reflecting the interest in Asian trails on the old continent.” 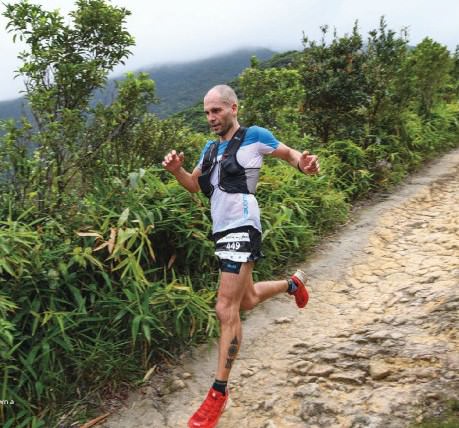 City of lights – and tights

Counterintuitively, to those who don’t know it, Hong Kong remains a focal point. Its hilly geography inspired a trail network which in turn inspired many of the region’s most famous events.

Steve Carr is a Race Director with RaceBase. “I don’t think there is anywhere in the world, that I have been to, where you can be in the middle of one of the busiest cities on the planet and then 10 minutes later you’re on a trail overlooking it. Just bonkers!” he says.

The first formal trail race, and first ultra – longer than marathon distance – was Oxfam Trailwalker, www.oxfamtrailwalker.org.hk, still held every November. More than 30 years since it started, around 100,000 people have run and hiked its 100 kilometres, raising over HK$500 million for good causes. Its organisers insist it’s a charity event only and not a race, despite the seriousness with which teams compete to win it.

While Trailwalker remains the only race entirely for four-person teams, there are plenty of other ultras out there. December brings The North Face 100, www.thenorthface100.com/ race/en/, while in January, there’s the HK100, www.hk100-ultra.com, Hong Kong’s entrant in the Ultra-Trail World Tour series, www.ultratrailworldtour.com.

Much newer is the 9 Dragons race, www. the9dragons.asia, which takes a fresh approach to the ultra category: following a 50-mile race one day, with a 50-kilometre race the next, over different hills.

John Ellis is one of Hong Kong’s elite trail runners and a partner in a gear shop, Gone Running: “This 50/50 race is mental in many ways, for the difficulty of the course, for having to turn up on day two after racing your guts out the day before, and for the cameraderie at the finish line between the few survivors and the race supporters…Every bit of common sense tells me to find another race next year but I just seem to keep coming back to it.”

Top of the HK mileage stakes is the Four Trails Ultra Challenge, www.facebook.com/ HK4TUC/, a 298-kilometre monster, held over the Chinese New Year holiday. That race famously finishes at the postbox in Mui Wo on Lantau. 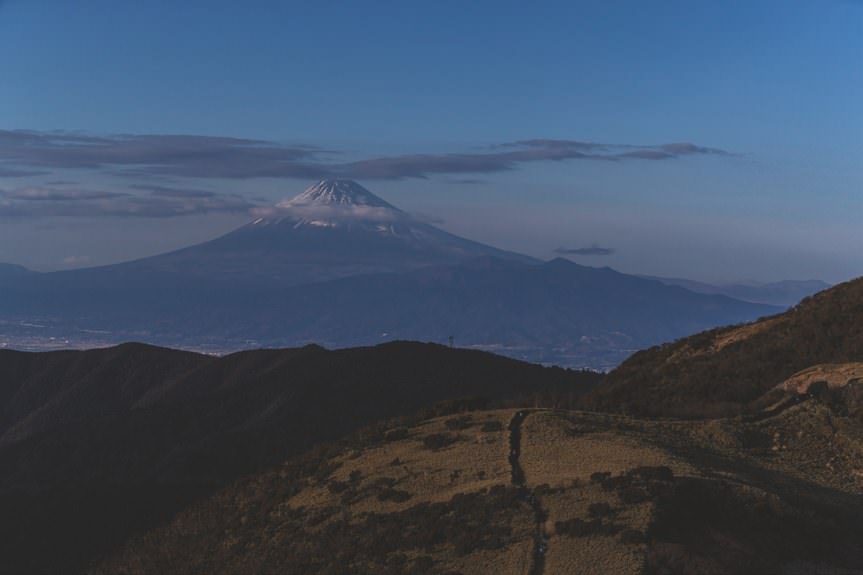