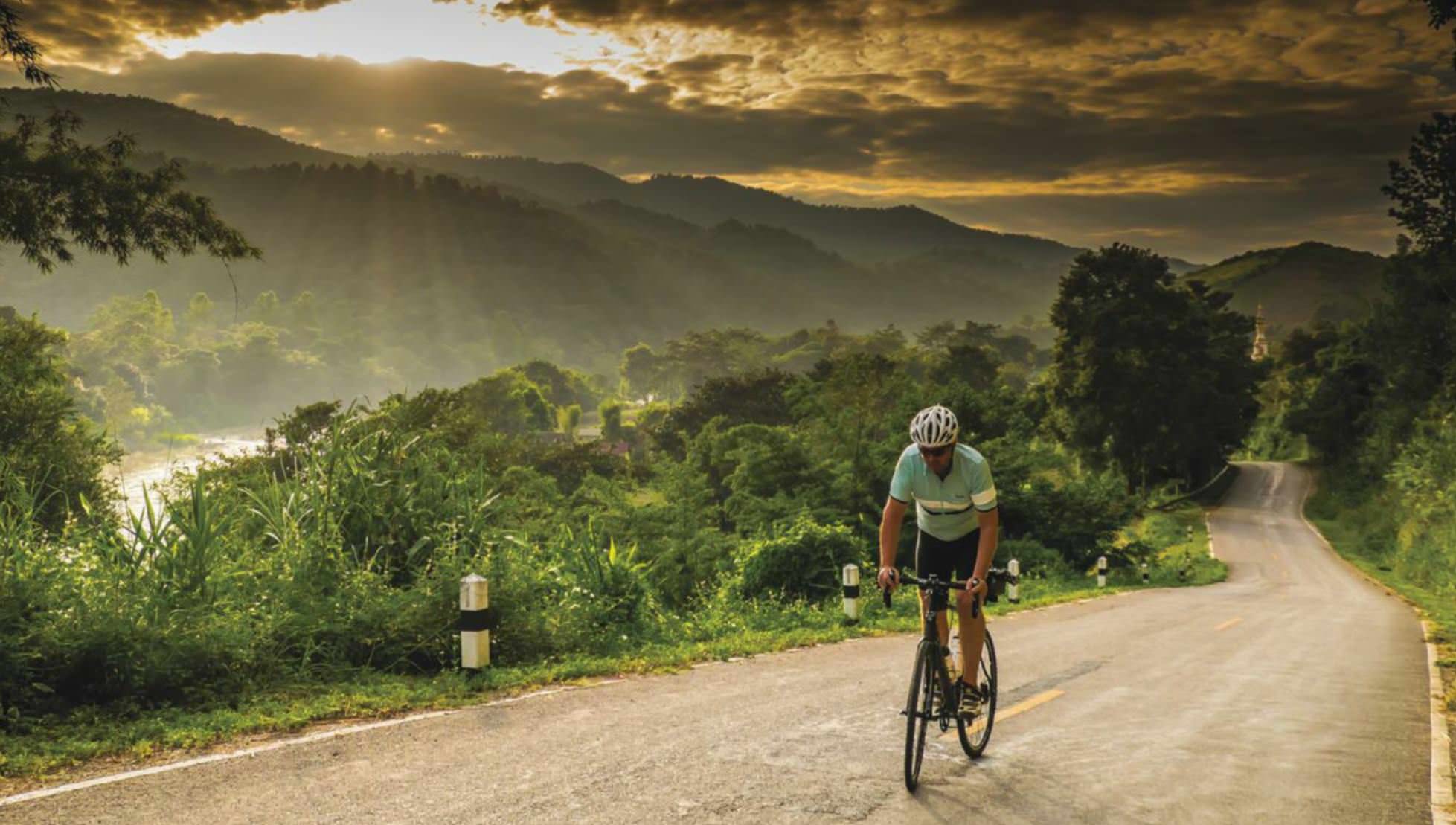 Self-photography – as opposed to taking a selfie – while you’re out on adventures, is a minor art, mastered only with patient trial and error.

I’M NOT A SELFIE KIND OF GUY. FAR from it: I cringe when seeing myself in pictures. Yet, since the early 1990s I’ve made a humble living as a cycling and adventure travel writer and (often, by necessity, self-) photographer.

I learnt this fringe photographic genre by trial and error and little else, starting back in the era of film cameras, when I mostly used the built-in 10-second self-timer. This was often a tricky and expensive game. I could be on the road for weeks, even months without seeing what I had captured in those little plastic canisters. Thankfully, though I steadily figured out what did and didn’t work.

Today 90% of my work is shot on a mirrorless interchangeable-lens camera system, which is just over half the weight and bulk of my full DSLR kit. Many photographers still baulk at the notion of mirrorless, but I can say that in my case the results speak for themselves.

Combining a more portable system with self photography helps me to get where I want to be, when I want to be there and wearing whatever suits the shoot. The latter point is key and might require changes of clothing even, especially when the aim is to sell the resulting shots.

In my case the aim is usually to be in action on my bike in an appropriate pose, in a ‘clean’ composition free of telephone wires and lampposts for example, not simply rolling along or grinning for the camera.