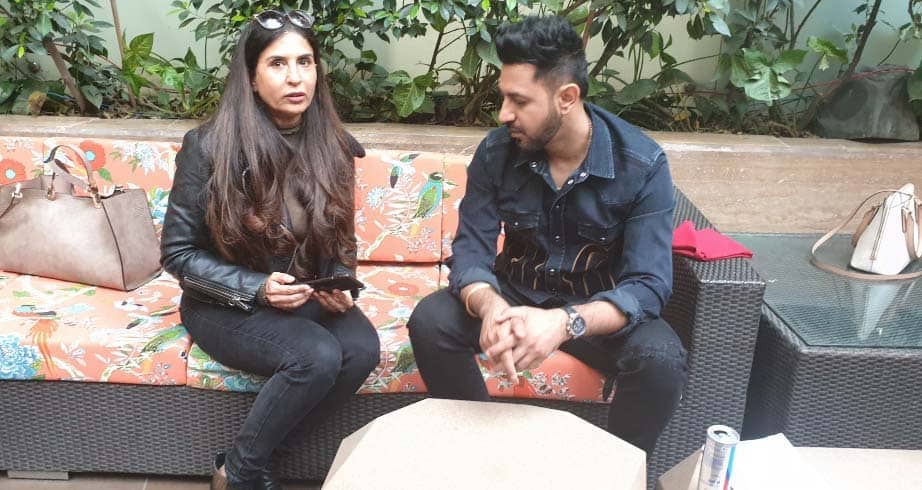 Gippy Grewal, the very name synonymous with quality Punjabi cinema. Be it in comedy films like 'Carry on Jatta', 'Manje Bistare' or films with social issues like ‘Ardaas’, the actor gives it his all.But with ‘Ik Sandhu Hunda Si’ you saw a very different shade of him as an actor - Gippy Grewal in full action mode. The film was a huge success at the box office.

Punjabi cinema is generally known more for its comedy content, what made you think of an action film/what were the challenges? Don’t you think it’s a big risk?

Yes...it was quite challenging but if the film is made in a right direction, there is no risk. Initially, there was a fear- a fear whether it would be possible for us to make an action film but we overcame that fear. Yes, we have attained success and have made an action-packed film.

Since three-four years, there is a tremendous growth in Punjabi Cinema? People even in the Metropolitan cities have started watching Punjabi films... Your comments.

Yes, People have started watching more Punjabi films and there’s a kind of trust on the part of the audiences. With time, Punjabi Cinema comes out with more and more great projects. And I won’t deny the effect of promotions. It creates a level of awareness and connection that you might not get just with those traditional marketing strategies.

What do you think is the future now?

MORE STORIES FROM ABRAXAS LIFESTYLEView All