The Supers Still Got It 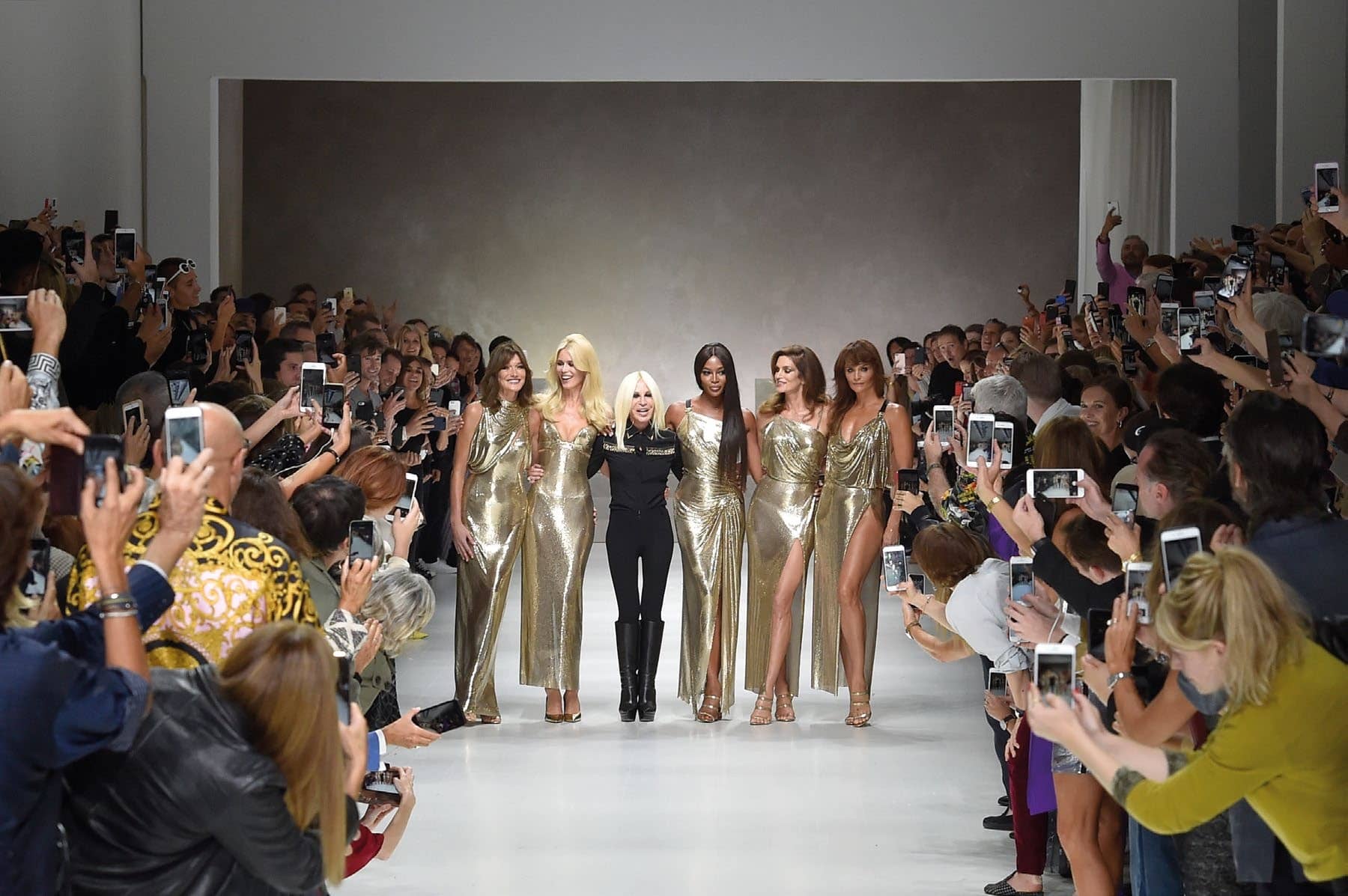 They were era-defining and so powerful that only their first names were required. Now, as the original supermodels — Cindy, Naomi, Claudia, Helena and Christy — hit midlife, they are, after three decades, still the industry’s most-wanted.

Every person in attendance at the Balmain show in February whipped out their smartphone as Helena Christensen, 51, took to the catwalk. The rare sight of a bona fide supermodel returning to her natural habitat prompts one of two reactions from even the most poised of fashion editor audiences — stunned silence or riotous applause. Always, these days, it’s an I-must-get-a-picture-of-this moment.

The last time the original, mononymous “Supers” — Naomi, Cindy, Claudia, Helena, Christy — were photographed in the same room together was at the Versace Spring/ Summer 2018 show, creating an image so powerful, it received a standing ovation, went viral and secured money-can’t-buy exposure for the brand. Have they still got it? For these women, it never went away.

Since the advent of fashion photography in the 1930s, when unnamed models first replaced illustrations on the cover of Vogue, modelling had been considered more like a performance-led sport than a strategy-led business. Its star players tended to bow out at around the age of 28, when their physique was considered “past it”. The fashion industry relentlessly championed the young — “hot new faces” were scouted as pre-teens, names would launch, dazzle for a few seasons, and then fizzle into obscurity. There was little work for an ageing model, no matter how in demand they had been at their peak.

Until recently that is. Beauty is still every supermodel’s raison d’être. But the industry view on what counts as beautiful, and who is therefore employable, no longer excludes those who don’t boast wrinkle-free faces and prepubescent measurements. Personality is king, and age diversity is now valued by brands that are increasingly waking up to the fact that women of all ages buy their products. Many older models have, in the last decade, been able to spin their dismissals as career hiatuses. It is, however, the ageing of the original 1990s supermodels that has perhaps secured the new standard and prompted a more permanent change. The “girls” now hitting their 50s represent the first generation of models who have worked non-stop for three decades, with no plans to retire.

“We’ve seen a marked change in the last few years against the ‘perfect’, thin, young, airbrushed model, towards something that is closer to reality,” says Natalie Robehmed, market analyst and former editor of Forbes’ annual wealthiest models list. “A lot of brands are embracing it. It’s coming from consumers who want to see their reality reflected in advertising, and from Instagram, which has democratised modelling for people who would have once not met model agency standards, yet who now have huge followings.”

Naomi turned 50 in lockdown on 22 May and celebrated virtually with her nine million Instagram followers, before announcing a new beauty campaign with Pat McGrath Labs and sharing previously unseen pictures from her last Valentino shoot, in which she wears only a handbag. As for Claudia Schiffer, who marked her 50th birthday in August, she told me: “I think age should be celebrated and revered. I am so happy to be turning 50 and have never felt more confident or happy in my life. I don’t try to look or feel younger, I embrace now.”

Cindy Crawford, 54, gets offers as impressive as those pitched to her 18-year-old model-daughter, Kaia Gerber. Helena Christensen, Linda Evangelista, 55, and Christy Turlington Burns, 51, are all in high demand for magazine covers and interviews. All spin several plates — designers, beauty entrepreneurs, photographers, film directors — but all still model, occupying the advertising market, and taking turns as often as they fancy on the catwalk.