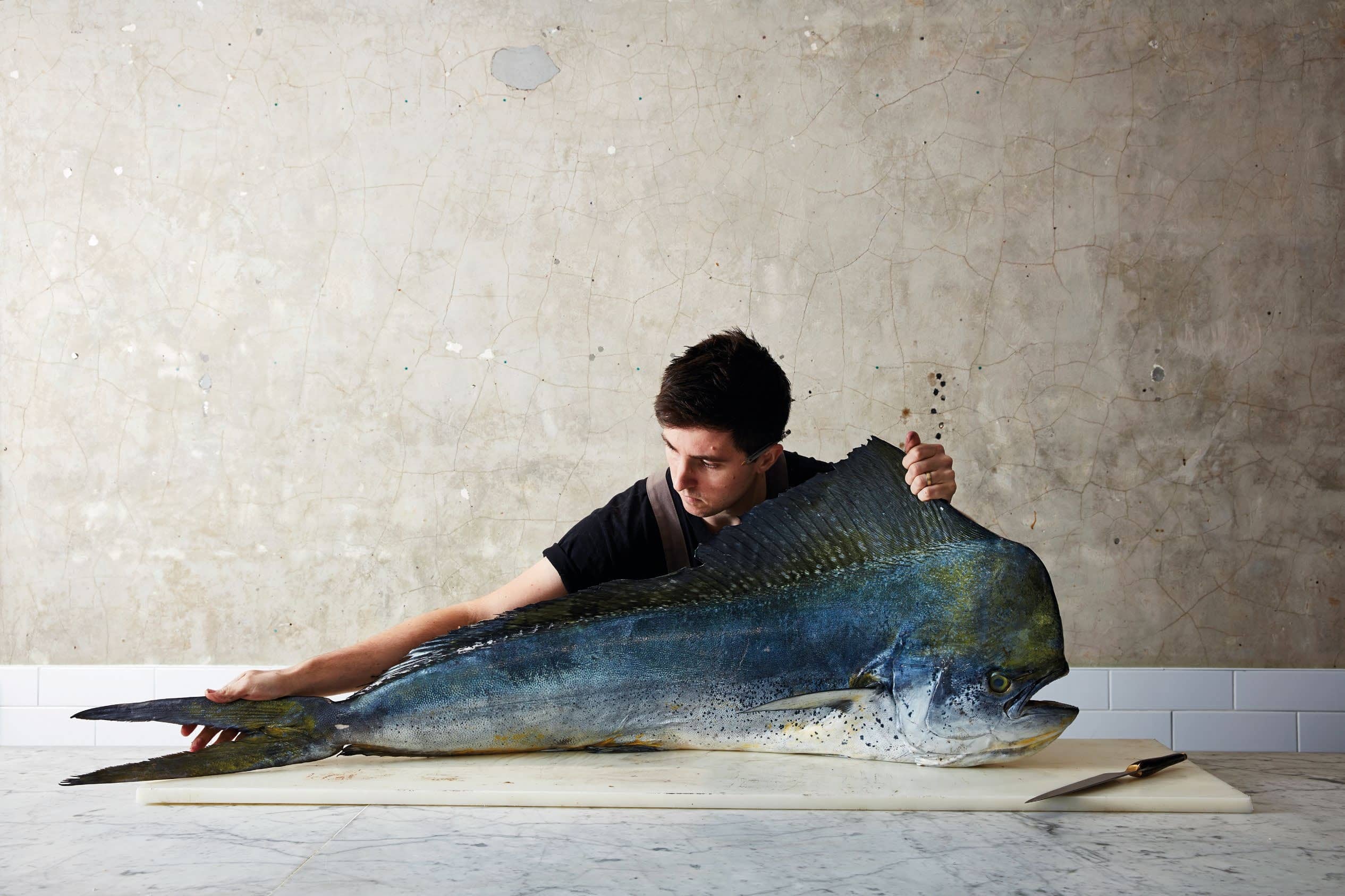 Eye chips made using the eyeballs of mirror dorys, ground to a paste, spread over a large sheet pan, air dried and then baked until they puff up like prawn crackers. A macaroon filled with a Murray cod fat caramel butter cream. Panfried milt, fish liver foie gras, fish blood black pudding, fish sausages encased in fish stomachs, fish head terrine, a cassoulet made entirely out of fish products — these are just some of chef Josh Niland’s innovative and eyebrow-raising repertoire of dishes that he serves up at his seafood restaurant Saint Peter.

Confrontational? Yes. Gimmicky? Not at all. Niland loves fish and for the 31-yearold Australian chef, working with what people normally deem the undesirable parts of a fish is a matter of simple mathematics and sustainability. Why buy a $400-fish only to throw more than half of it away? In a time when food waste is a pressing issue, using all parts of a fish not only makes more financial sense for restaurants but also creatively challenges a chef to realise the full potential of a fish. 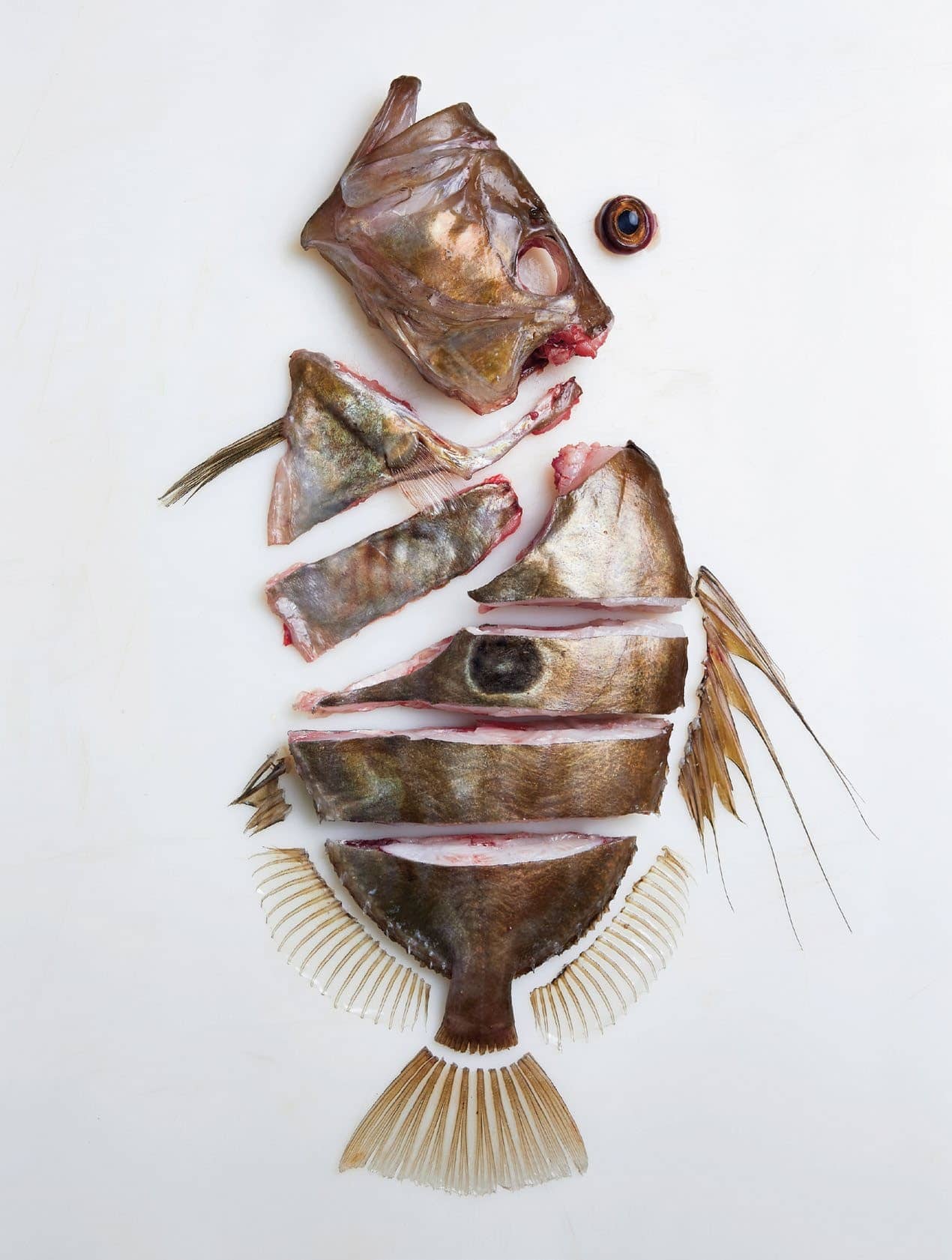 Just as Fergus Henderson convinced the world with the concept of nose-to-tail eating of meat, Niland is advocating the same for fish — respecting a fish means using as much of it as one can, minimising waste and maximising flavour possibilities. At his 34-seater Saint Peter in Sydney and fish shop Fish Butchery a few doors down, Niland aims to use 90 percent of any fish. With the release last September of The Whole Fish Cookbook: New Ways to Cook, Eat and Think, he hopes to “glamorise and articulate the other parts of fish that usually end up in the bin”.

The 256-page tome is a comprehensive an exacting cookbook produced in a raw and hyper-stylistic aesthetic akin to Niland’s Instragram account (@mrniland), complete with intimate, almost uncomfortable, close-ups of fish and their offals. In it, Niland expounds on how fish, as a complex source of protein, can — and should — be treated with the exact same nose-to-tail reverence as meat. A methodical guide to butchering a fish comes with a visual break down of a whole fish into its more than 30 different parts — this includes the scales, lip, heart, liver, bone marrow, roe sack and skin. He even uses terminology like rack, rib and loin to describe specific cuts of the fish.