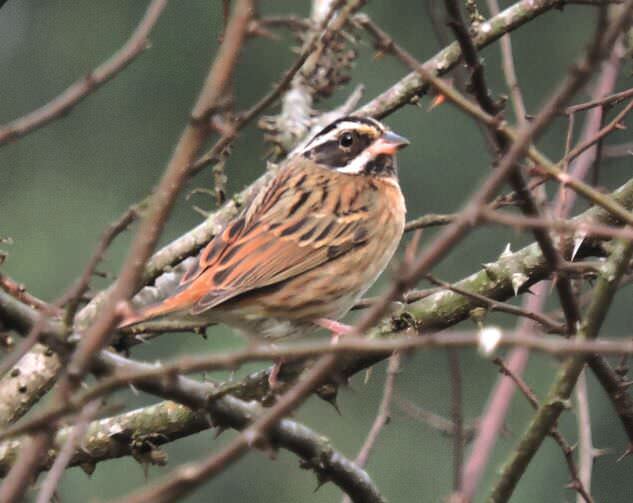 Tristram’s Bunting Schoeniclus tristrami is a distinctive bunting with a striped black head.

It breeds in north-eastern Asia, and winters in southern China and the northern part of South-east Asia, while it is considered a vagrant to northern Myanmar (Rasmussen & Anderton 2012). Tristram’s Bunting has been recorded only once in India. In 2011, a single bird was sighted and photographed at Namdapha Tiger Reserve, Arunachal Pradesh (Naniwadekar et al. 2013). Here we report a second occurrence in India; this time the bird stayed for a longer period, and was reported by several birdwatchers.