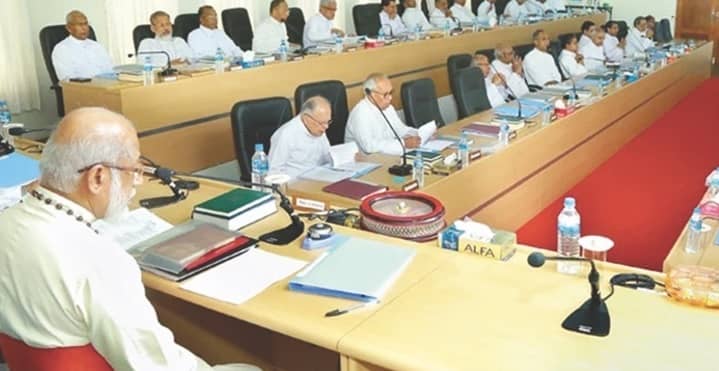 THE Syro-Malabar Church, the largest Christian denomination in Kerala, has added weight to the allegations of Hindutva forces that Hindu and Christian communities in Kerala are facing the threat of love jihad. It said that love jihad “is a reality and the Islamic State (IS) has engaged Muslim men to feign love and lure scores of Christian women from Kerala to be used in terror activities”.

This was asserted at the Church’s Synod (bishops’ council meeting) in Kochi on January 15. Love jihad, also called Romeo jihad, a theory propounded by right-wing forces, involves Muslim men targeting women belonging to other communities for conversion to Islam and engaging them in terrorist activities by feigning love. The Synod, chaired by the Church’s head, Cardinal George Alen cherry, also accused the Kerala police of complacency in this matter. It said there were circumstances in which Christian girls were killed in the name of love jihad. This, it said, was causing disturbance to communal amity and it was a matter of concern that it was gaining ground in Kerala.

The Synod’s statement has come at an inconvenient time for Muslim outfits and the state government, both of which have joined hands in the fight against the Citizenship (Amendment) Act (CAA). The Synod’s stand has surprised everyone as the Church is known for treading cautiously on such slippery turf. While referring to a police record, the Synod said that out of 21 people who were recruited by the IS in recent years, half were converted from the Christian faith and it should be an eye-opener for the community.

In fact, it has been alleged that several hundred Hindu and Christian girls were trapped and converted to Islam through love jihad since 2009. But the Synod found that it had become a serious matter only now. It said that it would sensitize parents and children about the dangers of love jihad.

The Kerala police reacted predictably to the Synod’s allegation. While it denied complacency in probing these cases, DGP Loknath Behera told media persons that the police was monitoring the situation. “There is no data to hint at the existence of love jihad. I haven’t received any complaints so far. If there is any complaint, we will monitor it,” he said.

The vice-chairman of the National Commission for Minorities, George Kurian, has written a letter to Behera seeking a report within 21 days.