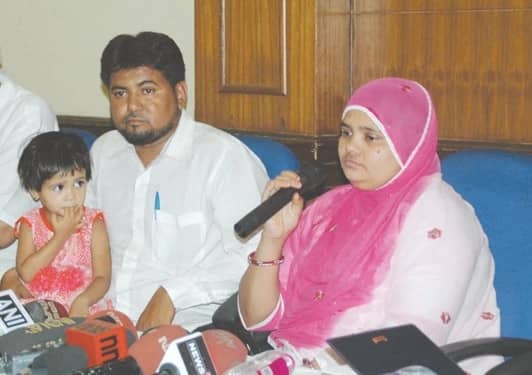 Seventeen years after the incident and six months after the apex court ordered relief for the victim, the BJP government in Gujarat shows disregard for compliance.

SUCCESSIVE BJP governments in Gujarat have dragged their feet, particularly in matters relating to the minority community, even when the highest court of the land has unequivocally ruled its mind. This was once again brought into sharp focus on September 30, 2019, when the Supreme Court directed the Gujarat government to implement within two weeks an order given nearly six months ago in the case of Bilkis Bano, a gang-rape victim of the 2002 communal riots in Gujarat.

On April 23, 2019, a bench headed by Chief Justice Ranjan Gogoi and comprising judges Deepak Gupta and Sanjeev Khanna had ordered the Gujarat government to pay `50 lakh to Bilkis Bano, provide a government job and adequate accommodation.

Five months later, Bilkis was back before the apex court, through her advocate, Shobha Gupta, with a contempt petition that stated that despite the order, the Gujarat government had not provided anything to her. The reply by Solicitor General Tushar Mehta, that the compensation amount of `50 lakh had not been provided for in the victim compensation scheme of Gujarat and that the state proposed to file a review plea, did not cut ice with the bench headed by CJI Gogoi and comprising Justices SA Bobde and SA Nazeer.

Mehta sought time to provide a job for Bilkis but the judges were unrelenting. Even two weeks’ time is not needed, the bench stated. Mehta had to give an undertaking to the court that their order would be complied with within two weeks.

Bilkis was 19 years old and five months pregnant when her family was attacked at Randhikpur village in Dahod district as they were trying to escape rioters. She was gang-raped and 14 members of her family, including her two-year-old child whose head was smashed against a rock, were killed. She survived only because the rioters left her for dead. Though married, she has been living a nomadic existence, being forced to change 25 houses in 15 years due to threats by convicts in the case who was out on parole.