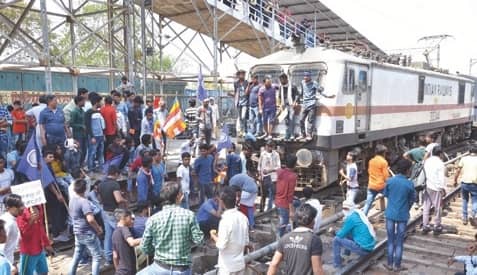 In a bid to correct a wrong, a three-judge bench recalls an earlier order diluting the Scheduled Castes and Scheduled Tribes (Prevention of Atrocities) Act, 1989.

JUDICIAL activism is a useful label to describe decisions taken by judges when they encroach on what is understood as the domain of the legislature and the executive. A certain degree of judicial activism is expected as public interest demands that the judiciary steps in to fill perceived gaps in law or executive actions. However, judicial activism becomes judicial overreach when there is no public interest to fill imagined gaps in legislative or executive policy.

On October 1, a three-judge bench of the Supreme Court espoused the virtues of judicial restraint while recalling an order passed by a two-judge bench last year, which had widely come under attack for its judicial overreach. On March 20 last year, Justice Adarsh Kumar Goel (who is now the chairperson of the National Green Tribunal after retiring from the Supreme Court) and Justice Uday Umesh Lalit delivered one such order, which could be described as “judicial overreach” in a criminal appeal case, Subhash Kashinath Mahajan v State of Maharashtra. The bench had expanded the ambit of this case without the appellants asking for it and introduced three safeguards with the aim of preventing “misuse” of the Scheduled Castes and Scheduled Tribes (Prevention of Atrocities) Act, 1989.

The three safeguards were, however, seen as an attempt to dilute the Act’s stringent provisions against oppression of SCs and STs, and this led to huge protests from the Act’s intended beneficiaries. On October 1, 2019, a three-judge bench, comprising Justices Arun Mishra, MR Shah, and BR Gavai recalled the earlier order of the two-judge bench by invoking the Court’s review jurisdiction following a plea from the government.

The three “safeguards” to prevent “misuse” of the Act were: