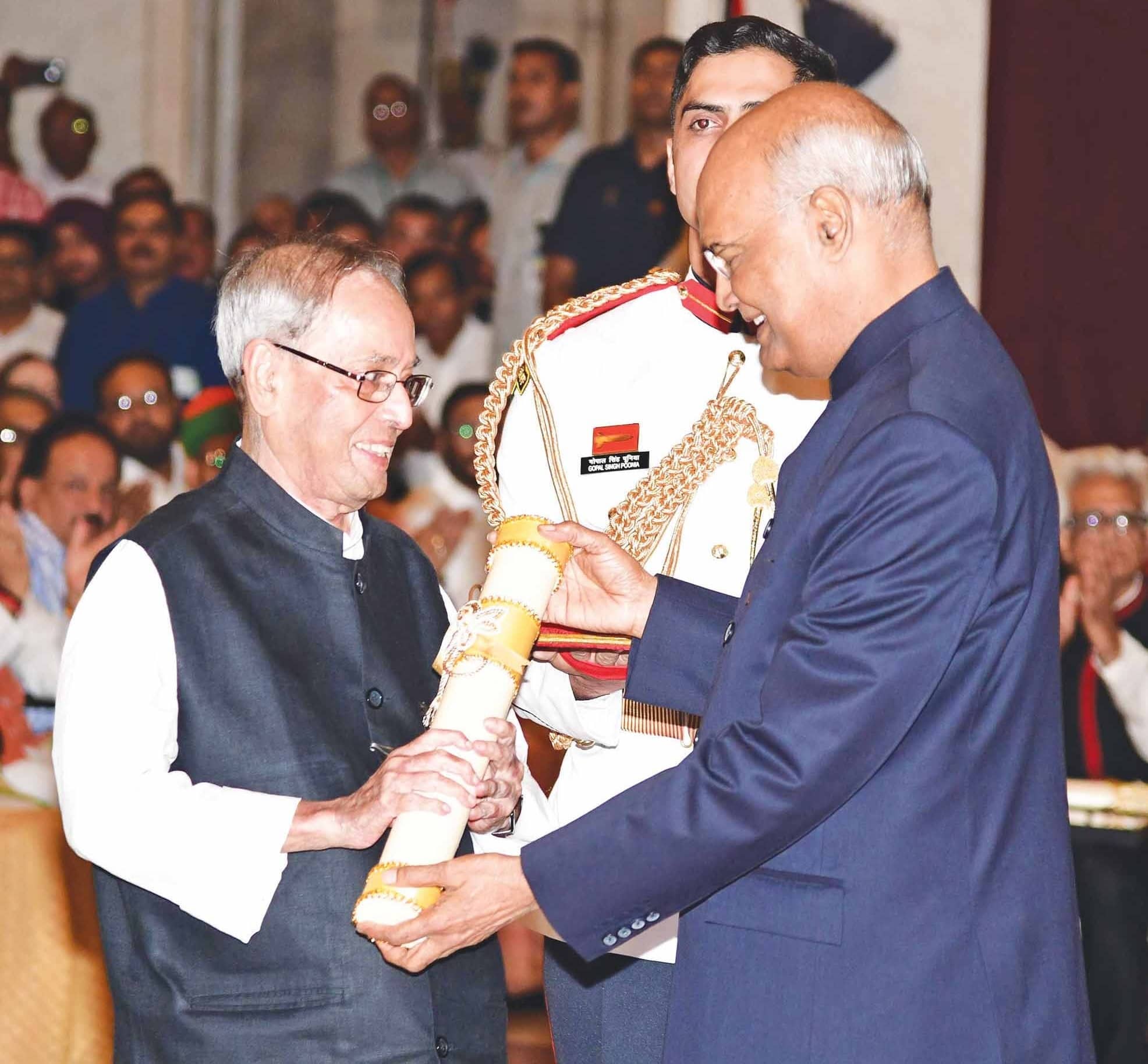 In saying that the recent protests will deepen India’s democratic roots, the former president has played the role of a philosopher-king brilliantly, combined with the shrewdness of a drama critic

PRANAB MUKHERJEE was not a great president but he was a shrewd and pragmatic one, balancing the statesman and the politician in him. He knew how to avoid controversy and yet he conveyed a sense of competence as finance minister and as president. There was a sense of compact theatre in the way he constructed himself, adept that he was at role-playing. As a master of the balancing act, he could harmonise pragmatism and idealism. He presented himself as a competent working hypothesis and in terms of survival, it worked. His sense of timing made him rise to the occasion. In fact, he is still in the news often after his retirement. His successor is a colourless figure, a party creation, a modest man with a lot to be modest about. Come Republic Day and Ram Nath Kovind spouts ahimsa, which sounds odd as a message. It is too abstract to capture the drama of Republic Day as an occasion. It is almost as if he conceded the occasion to Pranabda and the latter seized it.

As a statement’s comment, Mukher jee was occasion-perfect. He transcended the divide of parties and isms and could not be accused of being partisan. He did not seem nostalgic for power. He played the philosopher-king brilliantly after his retirement, almost as if it was a pedagogical lesson to the current in cum bent. India as a concerned audience was waiting for such an enlightened script. The Opposition must be kicking itself for an opportunity lost and the BJP was struck speechless at the immaculateness of his master’s voice. Strictly speaking, Mukherjee’s comment was not a call for intervention. It was a statement of concern, care and a sense of the drama unfolding, combining the shrewdness of a drama critic with sociological insights. It was a lesson to our editorial writers on how a discourse on ideals can be good copy.