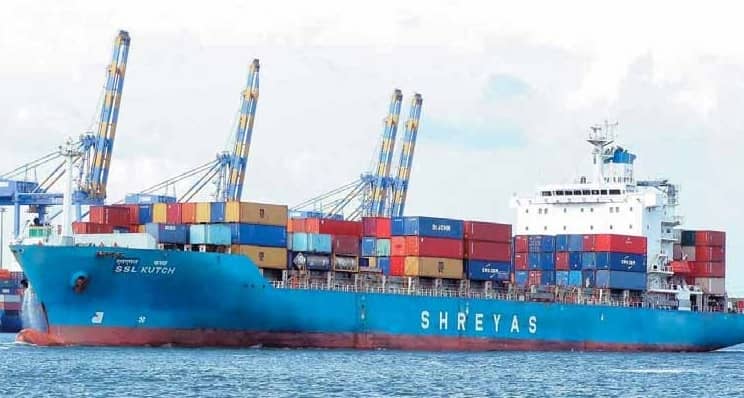 Since decades, there has been a debate about relaxation of the Cabotage rules in India. The country's Cabotage rules, covered under the Merchant Shipping Act, 1958, states that no ships other than an Indian ship or a ship chartered by a citizen of India (or a company or a cooperative society) shall engage in the coastal trade of India except under a licence granted by the Director-General of Shipping. Cabotage rules have been framed to protect India's domestic coastal shipping business from foreign competition.

It is estimated that India would save $283 million through diversion of 5 per cent of cargo from road to water, along with a reduction in pollutants by 6 per cent and tonnes savings in fuel. India's transportation sector relies heavily on petroleum as its chief energy source, thereby depleting the country's oil resources.

According to estimates, the operating cost of Indian shippers is about 20 per cent higher than that of foreign shipping lines because of the higher cost of funding, fuel, training costs, wages tax, including Goods and Services Tax, and so on. Foreign-flagged ships that operate in Indian waters benefit from lower costs in the country of registration, allowing them to offer tariffs much lower than their Indian counterparts.

On a number of times since 1992, the Union government has been under pressure to relax the Cabotage rules to ease congestion in major ports and allow foreign-flagged, container vessels to transship container cargoes or operate coastal feeder services. Between 1992 and 1997, foreign shipping establishments were allowed to operate feeder services using containers and the LASH (Lighter - or a barge - Aboard Ship) system. It was hoped that this moderation of Cabotage rules would promote greater investment in the hub ports. When this failed to materialise, the relaxation of Cabotage rules was restricted to a five-year period.