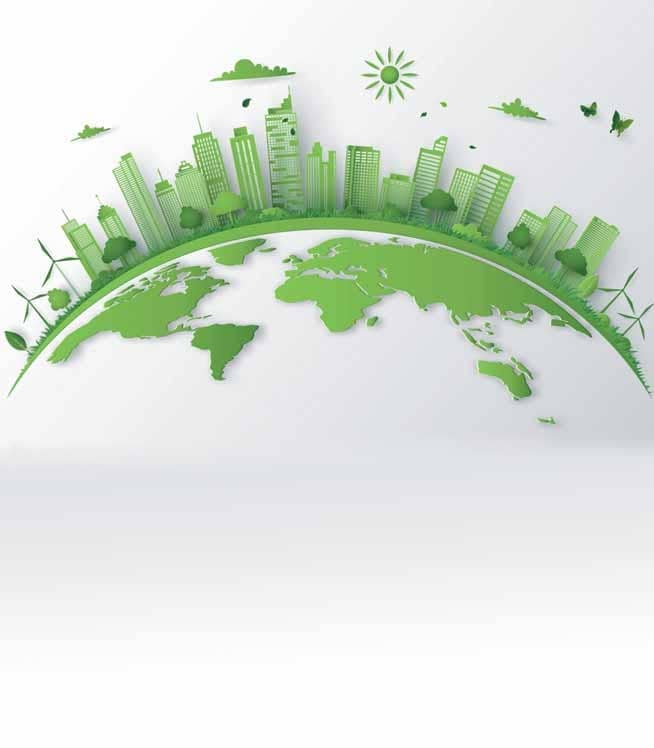 Sustainable development is the way forward for India, which is in the midst of an economic downturn, ecological crises and stark human distress.

These are hard times for the Indian economy. The country's Gross Domestic Product (GDP) growth has slowed to 5 per cent in the first quarter of FY20 (April-June 2019). The Q1 economic growth has been the lowest in the past 25 quarters or in the last six years.

In fact, the Indian economy has been in the slowdown mode for at least the past one year. Be it automobile, real estate, civil aviation, consumer durables or fast-moving consumer goods (FMCG), plunging consumer demand has slowed down these sectors significantly.

Dwindling investment and weakening consumption demand have been pulling down the economic growth numbers quarter after quarter in the past one year. Moreover, the two factors have badly battered the jobs market, leading to huge job losses as well as a fewer, better job opportunities.

As the economy passes through a rough patch, it is time to reflect on the nature of this economic growth in the past few decades. Be it at the height of boom time of close to 10 per cent GDP growth or that of the current downturn of 5 per cent, there has always been concern over the nature of the economic growth. "A basic problem in India has been the single-minded focus of policy-makers on GDP growth without looking at the quality or pattern of that growth or considering quality employment as a goal in its own right," notes Jayati Ghosh, a development economist and chairperson of the Centre for Economic Studies and Planning at New Delhi's Jawaharlal Nehru University.

Unfortunately, most often, the economy has grown at the cost of the environment, leaving a trail of ecological disaster. Similarly, the growth has been anything but equitable, pushing a large swathe of the country's population into deprivation.

By all indicators, India's ecological conditions are nothing short of disastrous. Natural ecosystems are under stress across most of the country. Environmental pollution is surfacing very starkly everywhere.

Extreme weather is playing havoc throughout the country. In 2018-19 alone, as many as 2,400 Indians lost their lives due to extreme weather events, such as floods and cyclones, according to the Union Ministry of Environment and Forests (MoEF). Extreme climate disparities within a very short distance have been recurring all too often over the past few years.

Climate change, caused by emissions from industries and other human activity, is making the world warmer, disrupting rainfall patterns and increasing the frequency of extreme weather events. No country is immune to these forces, but India is particularly vulnerable. The World Bank estimates that if climate change continues unhindered, average temperature in India could reach as high as 29.1 degree Celsius by the end of the century from the current 25.1 degree Celsius.

Meanwhile, heavy rains and flooding have left a chilling trail of death and destruction across the country. If floods devastated Uttarakhand in 2013, flooding wreaked havoc across Kerala and southern Karnataka in 2018. This year almost all the Statesâ€‹ have been the victims of torrential rain and subsequent deluge.

These floods have undoubtedly been a man-made disaster than a natural calamity. Apart from heavy and erratic rainfall and poor management of release of water from dams, many unrestrained economic activities have only further aggravated the crisis of flooding. In fact, ecologists have pointed out that small dams are no better than the larger ones when it comes to unleashing environmental catastrophe.

It is certainly not a case of opposing dams, but indiscriminate construction of hydroelectric dams in the hills at close proximity to each other is one of the factors cited for deluge across many States. Dams involve drilling huge tunnels in the hills by blasting rocks, placing enormous turbines in the tunnels and destroying soil-binding vegetation to build water channels and other infrastructure. All these activities are a sure-shot recipe for disaster in ecologically-fragile zones.

Moreover, indiscriminate, unplanned and often unregulated development in hill towns and along rivers has blocked the natural flow of water and exacerbated flooding. Successive governments have prioritised large-scale construction at the cost of the surrounding, fragile environment. Unbridled growth of tourism, accompanied by proliferation of roads, hotels, shops and multi-storey buildings, has made flooding inevitable.

Rising floods across the country have also been the result of large-scale deforestation, reckless mining of sand in riverbeds and mining, quarrying and massive construction in the hills. These activities have cut off slopes of hills, changed contours of land and flows of rivers and streams and thus caused flooding and landslides.

Sadly, India's reckless economic expansion has not even spared its precious wildlife. Some 10 per cent of the country's wildlife is threatened with extinction. India is one of the world's top biodiversity hotspots and had a decent record in conservation in the past. However, it has failed to maintain that record in the past few years. Haphazard urbanisation and a lack of political will to tackle the problem have seen India losing its natural wealth rapidly.

Despite the ambitious target, some developments in the past few years are rather disturbing. Successive governments have been giving precedence to economic development overgrowth of forest cover. The fight in Gurugram (erstwhile Gurgaon) to save the Aravali and the protests in Mumbai to save Aarey show how the government takes measures quite contrary to its stated policy. It is rather sad that the remaining few green lungs of the two cities too are being squeezed out in pursuit of the socalled development.

As is well known, forests play a vital role in causing rain by releasing water from the ground into the air and increasing moisture in the air. Besides, they also help in controlling the flow of water and thereby prevent flooding. Trees, with their strong root system, also bind the soil and prevent landslides.

However, indiscriminate planting of trees may also not help. For instance, the grasslands of the Western Ghats regulate the water flow on the hills into small streams or rivulets. The grasslands act like a sponge that soaks up water when it rains and releases it slowly throughout the year. But replacing these grasslands or indigenous trees with some other trees will lead to flooding during rain followed by drought during the dry season, as they are not able to maintain waterflow throughout the year.