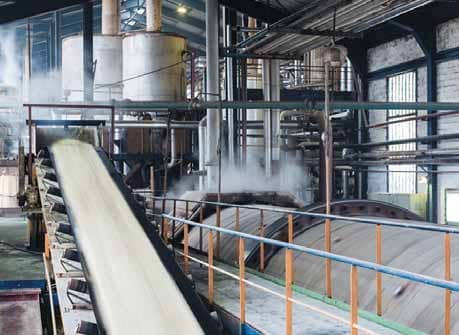 A hike in subsidy does little to boost exports, thanks to a glut in the global market, and leaves sugar prices subdued in the domestic market.

There seems to be some sweet news for the domestic sugar industry passing through bitter times. In late August, the Cabinet Committee on Economic Affairs (CCEA) announced a subsidy of Rs 10,448 per tonne on export of up to 6 million tonnes (mt) of sugar.

The subsidy, applicable for sugar season 2019-20 (October 2019 to September 2020), increases the admissible export quantity by 1 mt. The allocated subsidy is also up by 13.2 per cent over the last year's subsidy of Rs 6,270 crore. The decision to hike the export subsidy comes in the wake of a record domestic sugar production of 33 mt expected in sugar season 2018-19. The estimated output of the sweetener this year, more than 32.3 mt recorded in the last sugar season of 2017-18, is set to surpass that of Brazil, the world's largest producer of sugar.

The subsidy for sugar season 2019-20 will be provided as a lump-sum amount for expenses on marketing costs, including handling, processing and international and internal transport and freight charges. This is different from the structure of the subsidy for the current season, which is bifurcated into two parts based on subsidy on cane processed and transport subsidy based on distance from ports. Currently, mills located within 100 km of ports stand to benefit by about Re 1 per kg, while mills in noncoastal areas located far from ports stand to lose up to Re 0.90 per kg depending on their actual transport cost. This has resulted in increase in trading of export quotas, with mills located in landlocked regions selling their quotas to mills located close to ports.

Meanwhile, sugar production is likely to decline to around 27 mt in sugar season 2019-20 on lower acreage and flooding or drought in different areas of Maharashtra, the country's second-largest sugar-producing State. Yet it will remain higher than the projected domestic consumption of around 26.5 mt next year. Besides, the high carryover stock of 14.5 mt - against the normative carryover requirement of around 5 mt - will add to the surplus. It is in the light of this likely glut in the domestic market that the government has hiked the quantum of subsidy as well as the quantity of sugar exports in sugar season 2019-20.

The hike in subsidy is aimed at arresting the fall in prices of the sweetener. Higher prices can keep sugar mills financially healthy and help them clear mounting arrears of cane growers. The export subsidy will continue to be directly credited into farmers' account against cane arrears of mills. Subsequent balance, if any, will be credited to mills' account, reflecting the government's focus on reducing cane arrears.