From paddock to Pitt Street 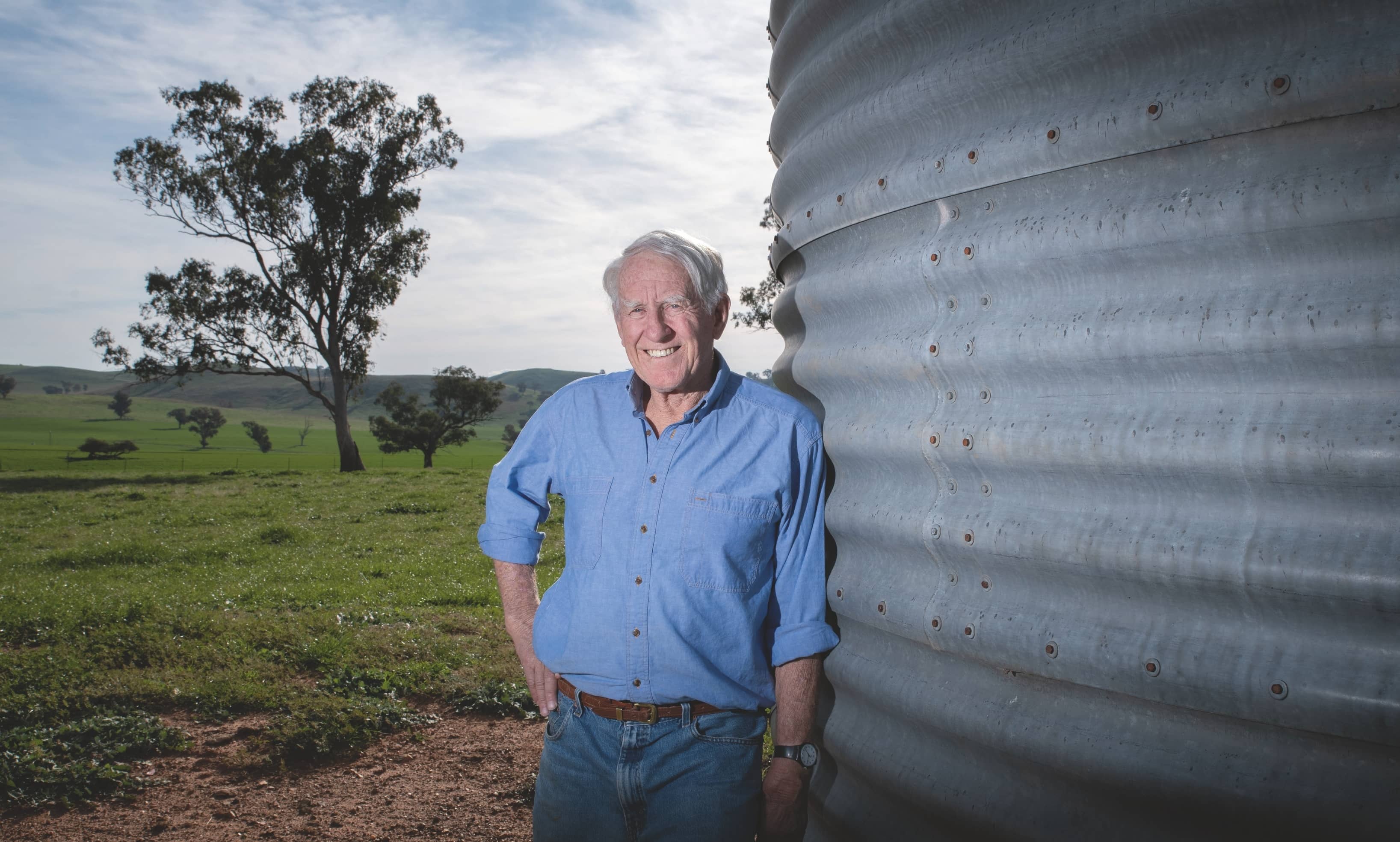 Robert Millner exercises immense influence in corporate Australia as the chair of Washington H. Soul Pattinson (WHSP), whose holdings totalled about $5.5 billion as at December 2019.

The 118-year-old company is a conservative investor with diverse holdings, ranging from coal and resources to telecoms and pharmacies and many other sectors. The Millner family’s net worth is reportedly more than $1.1 billion.

When our photographer showed up at his property one Saturday afternoon in June, Millner met him in mud-stained blue jeans, a chambray shirt and Blundstone boots that look as if they could use a good scrub – a far cry from sharp city suits.

The two drove across the property in an all-terrain vehicle, passing cows, a dam, tall silos and a shed where a tractor idled.

“It’s a very intense farm; we’ve got irrigation and we run cattle. So I’ve got three-and-a-half men that look after that for me,” says Millner. “[We] predominantly grow lucerne hay [alfalfa]. We tried poppies but we didn’t grow any last year. I didn’t have enough water for it.

Millner is the fourth generation of the extended Pattinson clan to lead the business. His son, Tom Millner, also sits on the board and is a partner and co-portfolio manager at Contact Asset Management, an Australian equities investment manager owned by WHSP.

Highfield, as the farm is called, was initially bought by Robert’s parents when he was nine years old (he later expanded the holding).

He attended boarding school at Sydney’s inner-west Newington College, and after a brief career as a stockbroker returned to work on the farm, which sells its produce, until the age of 34.

WHSP started life in 1902 as a pharmacy when Robert’s great-grandfather, Lewy Pattinson, bought the business of fellow pharmacist and friend Washington Soul.

Over the century the leadership passed from Lewy Pattinson’s son William Frederick Pattinson (chair in 1950s and ’60s) to Jim Millner in the 1970s, ’80s and ’90s.

In 1984, an invitation from uncle Jim Millner to Robert to join the board as a director catapulted Robert out of the farm.

After serving as a director, he became chair in 1998.

Today, WHSP owns billions of dollars’ worth of assets and Robert chairs the boards of seven publicly listed companies (all once a part of WHSP).

Back in Sydney at WHSP’s new headquarters on Clarence Street, Sydney, the offices are dotted with memorabilia, including apothecary bottles, framed floor plans and the entrance plaque from WHSP’s headquarters for 145 years in Pitt Street Mall.

WHSP sold the Pitt Street property for $100 million in 2018, taking the view that the heritage status made it hard to service and the new tram travelling along George Street could push down property prices in the mall.

“It’s a sad day when you cut ties with your past, and I was disappointed last week [July 9], when I had to retire from the board of API [Australian Pharmaceutical Industries] … pharmacy was the start of the company’s business, but it’s only a small part of our business now compared to what it was,” says Millner.

“You have to be realistic in this world. We all move on. We got a very, very, very good price for that building. And we are growing.”

The headquarters are new but it’s business as usual. WHSP’s investment bankers (it has its own investment bank, Pitt Capital Partners) are working flat, scouting for new investments to home about $600 million.