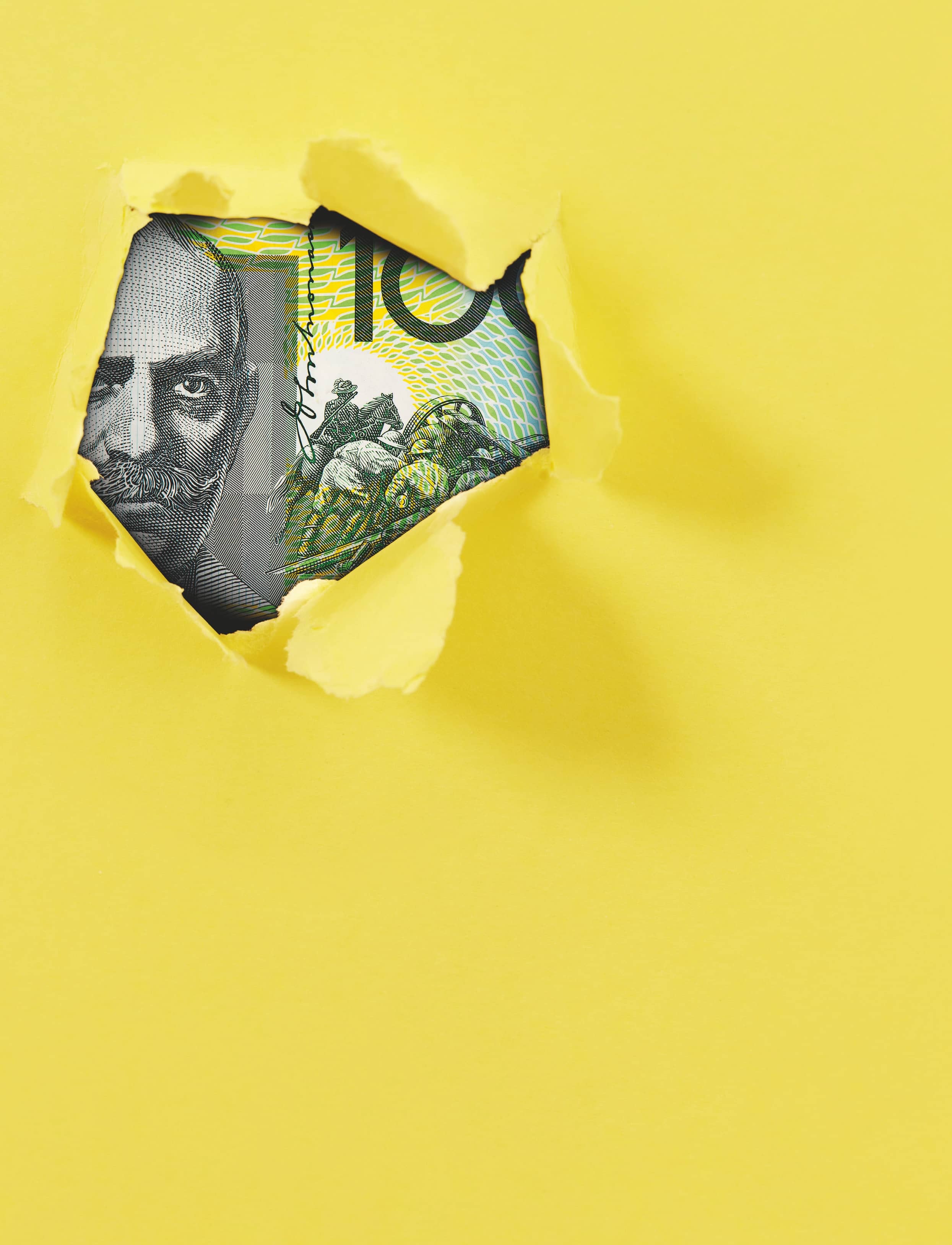 Times are tough, but here are some unexpected ways to top up your budget with extra cash

Julia Newbould
Since March this year our incomes have been reduced or, in some cases, have ceased altogether, and investment balances have fallen.

The upshot is that Covid-19 has forced us to take a closer look at our finances.

Federal government stimulus payments such as JobKeeper and JobSeeker, as well as other emergency payments, have helped. Access to super has eased many of us through, as have the opportunities for payment deferrals to banks and utility providers.

What the global pandemic has prompted us to do, though, is to start looking for money in places we might not have considered before. Aside from the stash of cash under the bed, behind cushions in the lounge or in pockets and bags we haven’t used for a while, there are other ways to enhance your finances.

Start by asking, what can you tap into that will help boost your coffers? What assets do you have that perhaps you haven’t considered as assets until now? Where can you seek financial help or discounts? Is there lost money somewhere? And are you owed money, including from the government?

Take the JobKeeper extension, for example. The payment has now been extended to March 28, 2021 and may be available to some people who previously weren’t eligible. And there are also other government payment options, so it makes sense to check your eligibility regularly as rules change over time.

There are some of us who have been left money as part of an inheritance and, for different reasons, haven’t yet received the money. And, then there are creative opportunities where you can earn a few extra dollars on the side.

Our suggestions don’t cover all the avenues for uncovering your “invisible” money, but they are a good start. One idea may lead you to another and ultimately to greater financial strength.

Lost and found: $20bn in super up for grabs

This money often becomes lost when you move to a new house and forget to update your details with a financial institution or company. Bank accounts become “unclaimed” after seven years if the account is inactive, meaning there are no deposits or withdrawals. ASIC holds the money from bank, credit union and building society accounts that have not been used in seven years and contain a balance of $500 or more. A life insurance policy also becomes unclaimed seven years after the policy matures and is not claimed.

There is also about $20 billion in lost and unclaimed superannuation. To find lost super, go to your online myGov account linked to the ATO or you can phone the tax office’s lost super search line 13 28 65 (you will need to provide your personal details including your tax file number and your current super fund details). Many super funds will also offer to search on your behalf.

You can often find your own lost money and put in a claim to receive it, but Anne Graham, chief executive and financial adviser at Story Wealth Management, says beware of companies that offer to do this for you. There are businesses that go through the lost money registers, contact people and offer to fill out forms on their behalf ... but they take a cut. Graham says if you have been contacted by one of these businesses, you can go online and search yourself to make the claim (without having to pay the cut).

“He only became aware when he got the letter, and when he asked me about it I suggested he apply for it himself to get the whole amount, and that was a nice bonus he didn’t know he had,” says Graham says.

To discover if you have lost money, other than super, you can search through the ASIC MoneySmart website at moneysmart.gov.au/findunclaimed-money.

You can also visit the website for your state revenue office to locate lost money that may not appear on the MoneySmart website. In addition, you can search the Fair Work Ombudsman website and search for unpaid wages to see if you’re owed any wages.

An initiative by First Nations Foundation, launched in 2014, to connect Indigenous Australians with lost super has, since its inception, reunited more than $24 million with 1636 members across 21 communities in six states.

Supported by a range of financial institutions, including the Australian Institute of Superannuation Trustees (AIST), AustralianSuper, Rest, Statewide Super, Sunsuper, Telstra Super, Australian Catholic Super, Christian Super, Equipsuper, HESTA, MLC, MTAA Super, Suncorp Super and WA Super, the initiative last year alone reconnected more than 500 people with $9.5 million. It helped one 50-year-old woman find $60,000 of her super; a 60-year-old man, who had never engaged with his super and thought he may have a small amount from a few jobs, found that he had $142,000 across five funds. And a 60-year-old woman who had worked just one day a week and didn’t think she had any super received $10,000.

Government support can make a difference

Financial adviser Anne Graham says that, especially at times like this, people should become familiar with the eligibility requirements for Centrelink payments. With the aged pension, for example, know how old you have to be to receive a pension, and what the asset and income test limits are. If you thought that you weren’t eligible previously and you’ve now found your income or assets have dropped, check again.

“If you weren’t eligible and have assets over the limit, check in from time to time. If you’ve had a big expense, holiday or home improvement and have dipped into your capital, check to see if you’re still over the threshold,” says Graham.

“Some people are reluctant to apply for the aged pension. It’s too much effort – they don’t want to fill in forms, be reliant on the government or never thought they’d find themselves in that position.

“I ask them, if you walked out of the house and there was $100 lying on your porch, would you walk past it or pick it up. They say they’d pick it up and I say, ‘Well, if you got $100 a week from the government that would be great, so get over the barrier of form filling’.”

If you’re a single homeowner and have less than $583,000 in assets, apart from your principal home, you would get a part aged pension; if you’re a couple the limit is $876,000. If your assets have fallen by 10%, check if you are eligible now.

“Besides the pension is the pensioner concession card, which provides discounts for various things like discounted PBS pharmaceuticals, bulk billing for medical visits, discounts on rates, car registration and public transport,” says Graham. “It’s valuable and could be worth a couple of thousand dollars a year.”

People who remain above the assets test limit might still be able to apply for the Commonwealth seniors health card, which is only income tested, not assets tested, although you have to be aged pension age, currently 66 for men and women.

The federal government’s main payment to help people during the pandemic is JobKeeper. If you have been stood down or lost income, your company may be able to claim it. The payment, which was due to end on September 28, has now been extended for a further six months and is targeting those businesses and notfor-profit organisations that continue to be significantly impacted by the coronavirus.

In addition to JobKeeper, the states and territories have offered different types of support payments. Check their websites to see what’s available; even local governments may be offering grants, and there may be more grants following Victoria’s second lockdown.

Launched to assist older people to remain in jobs, the Skills and Training Incentive is available from January 1, 2019 to December 31, 2020 for up to 3600 participants a year. If you’re eligible you can receive up to $2200 (including GST) to fund suitable training (accredited or non-accredited), but the government contribution must be matched by either the participant or their employer.

To be eligible, individuals must complete a skills checkpoint assessment (employment.gov.au/skills-and-training-incentive) that identifies training linked to their current job (for example, upgrading skills), a future job opportunity or an industry, occupation or skill in demand.