Is A Debt Bomb Ticking? 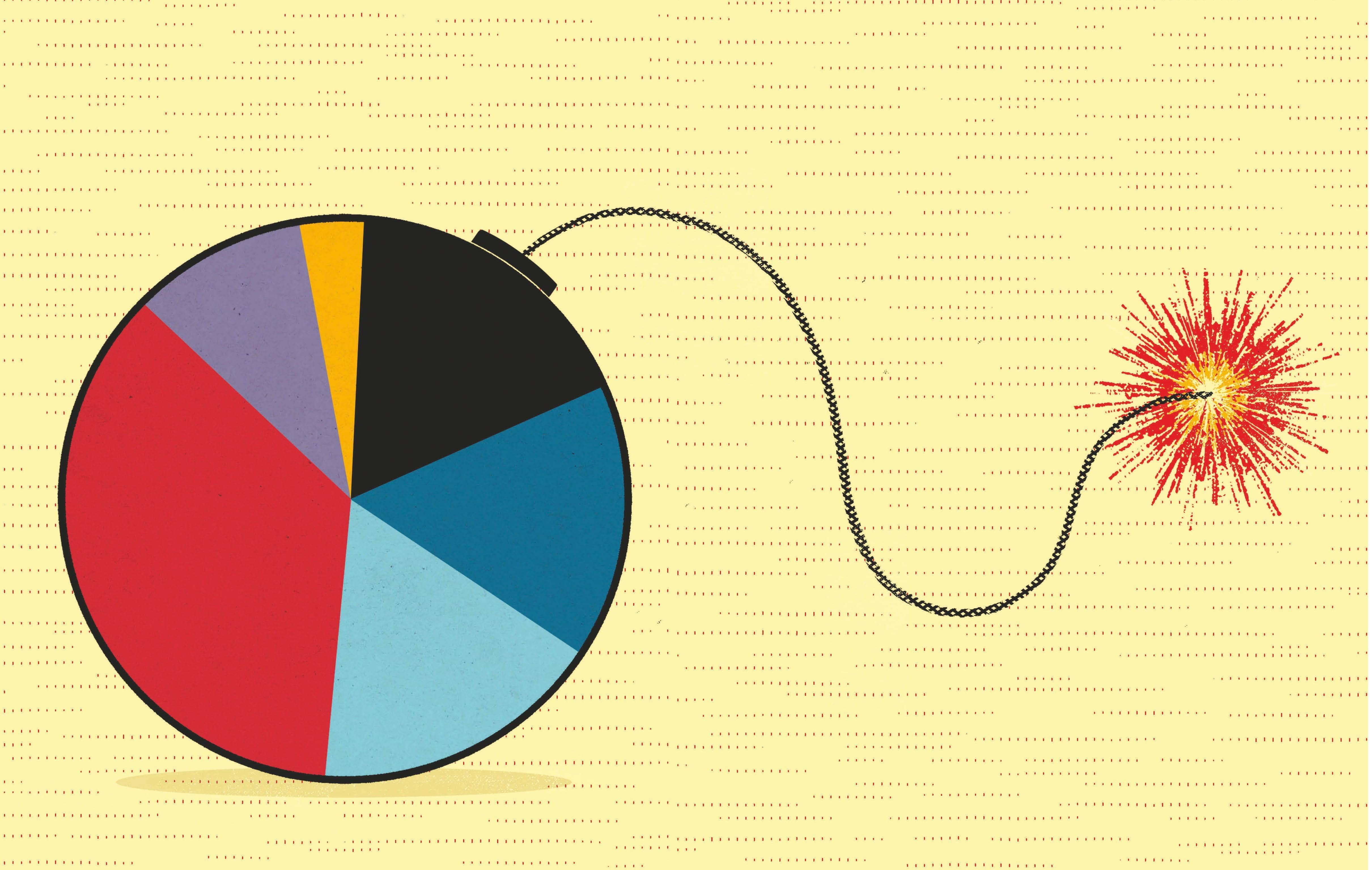 Corporations have amassed a ton of debt. Protect yourself with these funds and ETFs.

If debt lights the fire of every financial crisis, as author Andrew Ross Sorkin once observed, then we may have a problem brewing. Companies have loaded up on a record amount of debt in recent years, thanks in part to rock-bottom interest rates. Most market watchers don’t expect the buildup to trigger an imminent credit disaster. Still, investors should be aware of risks that are building and choose carefully as they invest in bonds or stocks. // Years of low interest rates have fueled a decade-long economic expansion and a bull market in stocks and bonds, and such ideal economic and market conditions have been perfect for borrowing. The value of outstanding IOUs issued to investors and other institutions by large, nonfinancial U.S. companies—$10 trillion, reports the St. Louis Federal Reserve— has nearly doubled over the past decade. That’s equivalent to half the country’s gross domestic product.

Many firms have used the borrowed money to fund acquisitions. For example, CVS Health borrowed $45 billion to acquire Aetna in 2018. Others have issued debt to fund share buybacks— including Apple, which launched a massive bond offering in 2013. Still others have borrowed to make or bolster dividend payments.

But there’s a fine line between smart borrowing and overextension, and some market watchers see worrisome signs. The quality of the debt is one issue. Half of all high-quality corporate debt is rated triple-B, the lowest rung of investment-grade credit. When triple-B-rated companies slip up, they risk a rating downgrade to “junk” status, which can stoke investor fears and send the bond market reeling.

Another worry is that yield-starved investors have become complacent about taking on greater risk to eke out higher fixed-income returns, only to be unpleasantly reminded of the consequences when the economy sours. Finally, some analysts fear that firms borrowing to fund share buybacks or dividends instead of reinvesting in the company are putting short-term interests ahead of long-term growth. “Debt isn’t necessarily bad,” says Capital Group investment specialist Dale Hanks. “It’s about how it’s utilized.”

Risks of a credit crunch remain muted as long as interest rates stay low and the economy hums along. But if rates rise or business slows, firms with hefty debts may have to sell assets or cut dividends to cover their obligations. If the country falls into a recession, some firms may default, which can send financial markets plunging.

Fortunately, interest rates should hold relatively steady for now. The Federal Reserve said in late 2019 that it does not plan to raise rates until after a significant and sustained uptick in inflation. Says Capital Group’s fixed-income specialist Margaret Steinbach, “Rates will be lower for longer and longer and longer.” Nonetheless, investors wary about the risks embedded in the corporate-debt bender can shore up their portfolios with that in mind. (Returns, prices and other data are through December 31.)