HOW TO CREATE Income for Life 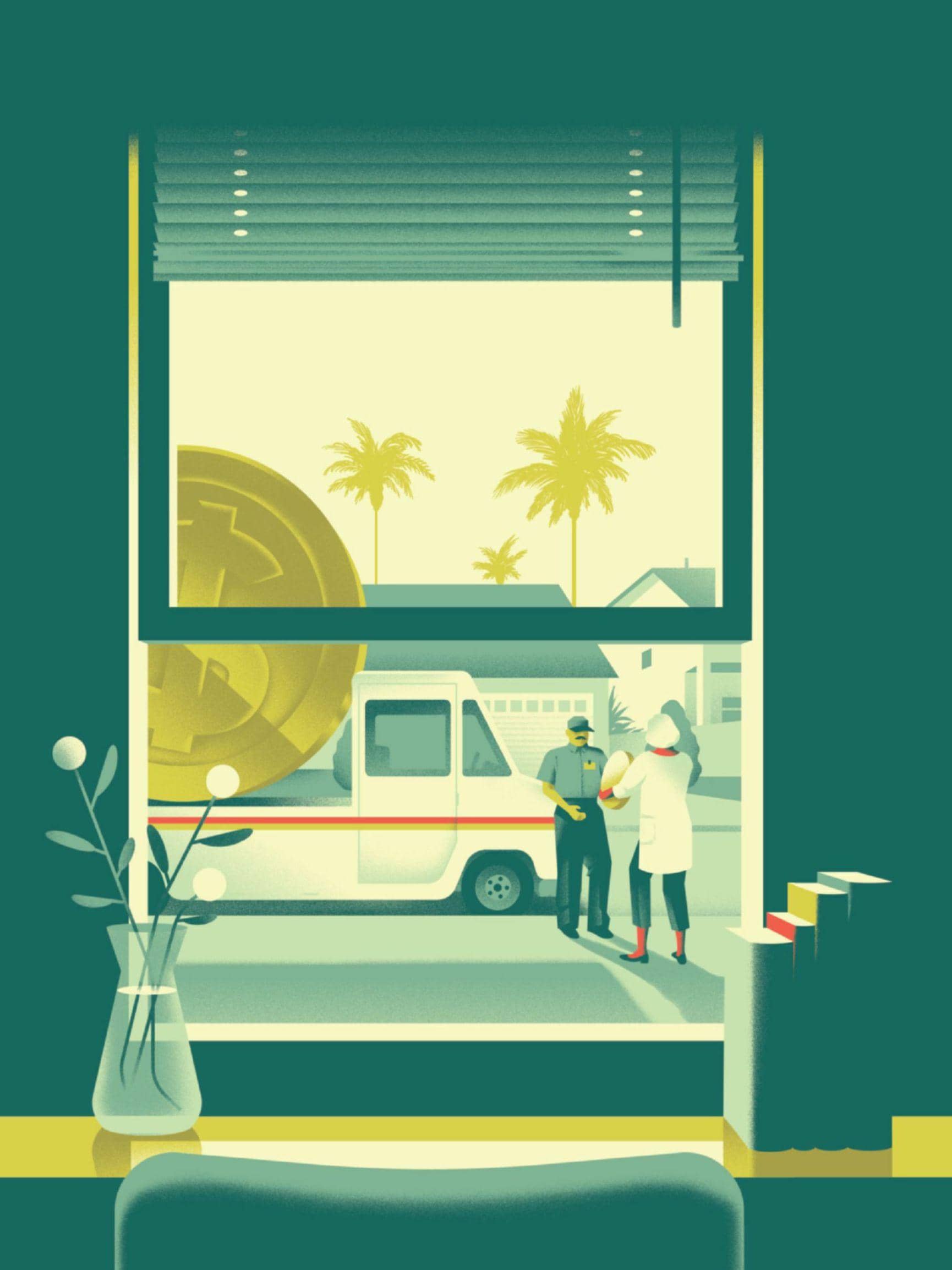 Having a paycheck you can depend on in retirement is more important than ever.

DURING PERIODS OF ECONOMIC UNCERTAINTY, a paycheck is the ultimate antidote to stress. As long as you’re getting paid, you can buy groceries, pay the mortgage and—one of these days—catch a ball game.

Unless you’re fortunate enough to have a traditional pension, though, those paychecks stop when you retire. That’s unnerving even when times are good. When the stock market is unpredictable, interest rates are at an all-time low and the economy is reeling, the absence of a biweekly or monthly deposit in your bank account can lead to a lot of sleepless nights.

If you’ve saved diligently, you can still convert your nest egg into a reliable source of income that will cover your basic needs, along with those vacations you hope to take when it’s safe to travel again. But to reduce the risk of outliving your savings, you may need to revisit and revise some of the old rules of thumb.

One of the biggest challenges facing retirees is figuring out how much they can withdraw from their individual retirement accounts, 401(k) plans, taxable accounts and other savings each year and still have enough to maintain their standard of living if they live into their nineties (or beyond). This prospect is so daunting that some retirees are overly frugal, scrimping on expenses even when they have plenty of money in their nest eggs. A study by the Employee Benefit Research Institute found that people with $500,000 or more in savings at retirement spent down less than 12% of their assets over 20 years on average.

One popular and time-tested guideline is the “4% rule,” which was developed by William Bengen, an MIT graduate in aeronautics and astronautics who later became a certified financial planner. Here’s how it works: In the first year of retirement, withdraw 4% from your IRAs, 401(k)s and other tax-deferred accounts, which is where most workers hold their retirement savings. For every year after that, increase the dollar amount of your annual withdrawal by the previous year’s inflation rate. For example, if you have a $1 million nest egg, you would withdraw $40,000 the first year of retirement. If inflation that year is 2%, in the second year of retirement you would boost your withdrawal to $40,800. If inflation jumps to 3% the year after that, the dollar amount for the next year’s withdrawal would be $42,024.

The 4% rule assumes you’ll invest a hefty portion of your savings in bonds and cash—typically 40% to 50%—and the rest in stocks. With interest rates at record lows, though, a portfolio so heavily invested in fixed-income and cash may not generate sufficient returns to permit a 4% annual withdrawal rate, some planners say. “The 4% rule is under stress unlike anything we’ve seen in the historical data that we use to conclude that it works,” says Wade Pfau, professor of retirement income at the American College of Financial Services.

“You need the stock markets to outperform expectations for the foreseeable future for the 4% to still work,” says Jamie Hopkins, director of retirement research for the Carson Group, a wealth management firm. “If there’s a downturn in the market, it would be very hard to offset that with enough income from safe investments.”

Strategists for Goldman Sachs forecast that the S&P 500 index will generate average annual returns of 6%, including dividends, over the next 10 years. That’s a significant drop from the average annual return of 13.6% over the past decade, but well ahead of what analysts expect investors to earn from fixed-income investments. Citing the recent 10-year Treasury yield of 0.7%—a record low—Goldman predicts that stocks have a 90% likelihood of outperforming bonds through 2030.

“In order to get the kind of return [retirees] might have expected in the past, they need to have more in stocks,” says Harold Evensky, a certified financial planner and chairman of Evensky & Katz/Foldes Financial. But while investing a higher percentage of your portfolio in stocks could deliver higher returns, it also exposes you to greater potential losses if the stock market undergoes a sharp and prolonged pullback.

Bengen says the 4% rule has held up during previous periods of market turbulence and economic turmoil, including the Great Recession of 2008 to 2009. An individual who retired in 2000 has already lived through two bear markets, he notes, but his research suggests that if the retiree had used the 4% withdrawal rule during that 20-year period, his portfolio would still be in good shape.

The biggest threat to his formula, Bengen contends, is a prolonged period of high inflation. Inflation is expected to rise only 0.6% in 2020 and has been low for several years. But that could change, Bengen warns, particularly in light of the extraordinary level of debt the federal government is taking on to stimulate the economy during the coronavirus pandemic.

Even supporters of the 4% rule withdrawal rate say it’s a guideline, not a mandate. If you’re able to reduce your spending, you may want to lower the amount you withdraw to 3.5% or less during down years in the market. The good news is that you may be able to take more out during years when your portfolio is performing well.

No question, these are tough times for retirees who don’t want to take much risk with their portfolios. Bonds, cash and other low-risk investments are delivering such paltry returns that money invested in them won’t even keep pace with a low rate of inflation.

One alternative is to invest a slice of your savings in a single premium immediate annuity. In exchange for a lump sum, an insurance company will provide you with a monthly payment for a specified period of years or the rest of your life. You receive the largest amount each year with a life-only annuity, which stops payouts when you die. If you’re married, you also have the option of purchasing a joint-life annuity, which will reduce your payout but continue to provide income as long as either spouse is alive.

Immediate annuities are particularly appealing if you’re worried about bear markets, because if the monthly annuity payments cover your basic expenses, you can leave your stock investments alone until the market recovers. An immediate annuity could also enable you to invest more of your savings in more than 25% to 30% of your savings in an annuity. The second is that payments usually aren’t adjusted for inflation. You can buy an annuity with an inflation rider, but it will lower your initial payout by about 28%.

The third—and currently most significant—drawback is that low interest rates will depress your payouts, effectively making annuities more expensive now. Payouts are usually tied to stocks—an important consideration when returns from fixed-income investments are so low.

There are three major downsides to immediate annuities. The first is flexibility. Once you give your money to an insurance company, you usually can’t get it back (although some will let you take a one-time withdrawal for emergencies). That’s the reason most planners recommend investing no rates for 10-year Treasuries—which, as mentioned earlier, are at a record low.

Even with that caveat, annuities may still deliver a better return than you’d get by investing in fixed-income investments, because the longer you live, the more you earn. Evensky says that’s because annuities also provide mortality credits. When you buy an annuity, the insurance company pools your money with that of other investors. Funds from investors who die earlier than expected are paid out to survivors. 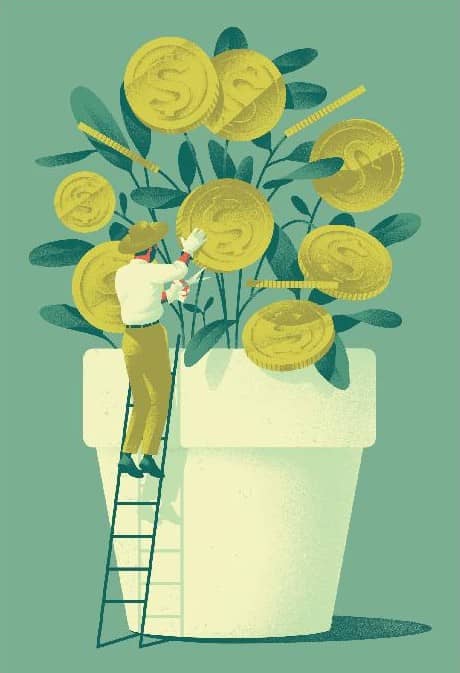 Evensky contends that you don’t really benefit from mortality credits unless you wait until age 70 to buy an immediate annuity. Waiting will also provide a larger monthly check, because payouts are increased as you age. For example, if you invest $100,000 in an immediate annuity at age 62, you’ll receive an average monthly payout of $453 a month, according to Immediate Annuities.com. Wait until age 70 to invest, and your monthly payout will increase to $568.