The Investment We Need To Make Capitalism Work For All 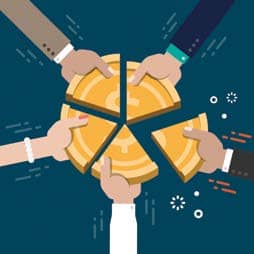 What is capitalism? If defined as access to rapid and reliable information, Johan Fourie sees three reasons to be optimistic and three areas of concern for South Africa.

Capitalism’ has been misunderstood since it was coined in the 19th century. The term was first used as a criticism of the rising income gap between factory workers and factory owners. But until the early 20th century, it was rarely used; Karl Marx only mentioned the word a few times in his later writings. In 1908, economist Thorsten Veblen explained it as a socialist term for a “large-scale industrial regime”, not exactly the description we would use today.

The term evolved during the 20th century to mean many things to many people. If I were to ask my undergraduate economic history class for a proper definition, I’d get as many answers as there are students. Some would define it as French socialist Louis Blanc did in 1850: Capitalism, he said, “is the mortal enemy”. But most would, hopefully, define it as Wikipedia does: an economic system based on private ownership and the profit motive.

But is that really what it is? We don’t think of 14th century Mali, 11th century China, 9th century France, the 6th century Mayan Empire or the Romans in the first century of the Gregorian calendar, or, for that matter, the ancient Sumerians who lived 6 000 years ago, as being particularly capitalist.