Tender set-asides rather than B-BBEE 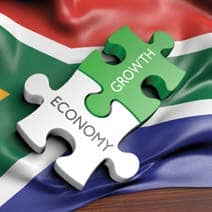 The government should overhaul its empowerment policy to reserve a set value of procurement for black-owned businesses.

Promises are the sweetest lies, reads a five-word inscription on my daughter’s WhatsApp profile picture. She is only 14, but this message struck a chord with me when I first saw it, something that caught me by surprise from the introverted teenager. The message forced me to reflect on a string of broken promises made by our elected politicians under the guise of broad-based black economic empowerment (B-BBEE) policy, which has throughout its various iterations over the past 26 years only benefitted a tiny politically-connected black elite while widening inequality among the people it was supposed to uplift.

The policy’s failure to deliver on its promise of radically increasing black economic participation is becoming a source of frustration and disenchantment among its intended black beneficiaries. As a result, an opposing view is beginning to emerge that B-BBEE will have to be completely overhauled or scrapped if black participation is to be deepened after the Covid-19 lockdown is lifted and the economy re-opened.

This alternative, the anti-B-BBEE view emerged at a recent live Facebook panel discussion, known as Lockdown Convo, which I participated in alongside Thabo Masombuka, a lawyer and former policymaker at the department of trade and industry, and entrepreneur Mxolisi Goodman Buthelezi.

Panellists in the discussion, moderated by Miso Tini, agreed that B-BBEE was utterly ineffective and stuck in the mud. Simply put: The policy is encouraging conspicuous consumption by the black elite instead of aiding black people to be producers and distributors of goods and services.