New Initiatives To Combat The Crisis 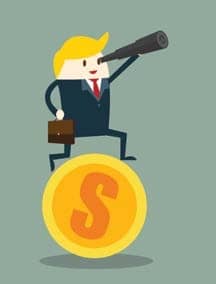 How to mobilise the long-term savings pool to help restore SA’s economic health – and achieve a positive return.

South Africa’s GDP looks set to contract by 8% in 2020. In an ideal scenario, we would see a sharp V-shaped recovery in 2021, resulting in an expansion of 8% or more. For this to occur, we need two things.

Firstly, we need a return of confidence. Remember, SA entered the Covid-19 pandemic in recession. A decade of former president Jacob Zuma’s economic mismanagement means that private sector fixed investment has been contracting since 2014. To boost confidence, we need to see three or four tangible reforms (not just talk about reforms) in the next six months.

The second requirement is for SA to protect as much productive capacity as possible. This will be partially met by the wage support measures and loan guarantees that have been implemented. However, even if the loan guarantees begin to function as envisioned, that won’t be enough. They are targeted at helping companies with turnovers of up to R300m per year. There are many large private companies and small listed companies that turn over more than that – but could still struggle to find appropriate funding during this crisis.

SA faces a dire capital shortage. The government will run a budget deficit of around 14.5% of GDP in the current year – this is one of the largest in the world. Unfortunately, the bulk of this is due to a collapse in tax revenue as economic activity looks set to contract by the greatest amount since the 1920s.

Given the constraint, it is critical that the long-term savings industry plays a role in protecting the country’s productive capacity during the next two years to support the long-term economic recovery, preserve jobs and protect a permanent loss of equity value.