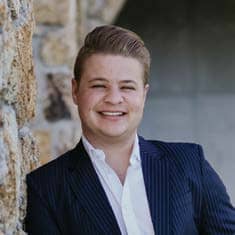 In 2017, after the sudden death of his maternal grandfather, Ivor Duncan – the founder and inventor of EmOXTM Oxygen Systems – Tony McPherson, who was then only 17 years old, was appointed as EmOx International’s interim CEO. Coming from a family of serial entrepreneurs, and knowing the business like the back of his hand, McPherson was more than up to the task. After only six months in the position, he managed to settle all the company’s debt, increase profit margins and implement a worldwide sales team, while juggling his school work.

His success led to his permanent employment in the position and turned him into the World’s Youngest CEO of an International Pharmaceutical Company – a title bestowed on him at Informa Market’s Arab Health Conference held in Dubai last year. Having employees, suppliers and clients – many the age of his parents – accept his leadership and authority was one of his hardest initial tasks.

“People tend to think that you don’t know what you are doing because you are younger than them. To overcome this notion, I openly admit that I don’t know everything; we learn something new every day. Once everyone got over the notion that I was younger than what they were used to a CEO being, it created a dynamic and positive energy,” McPherson says.

While exporting EmOx products internationally, McPherson became aware of the absence of companies specialising in the procurement of medical consumables and disposables in certain parts of Africa.