Can Sasol Pass The Acid Test? 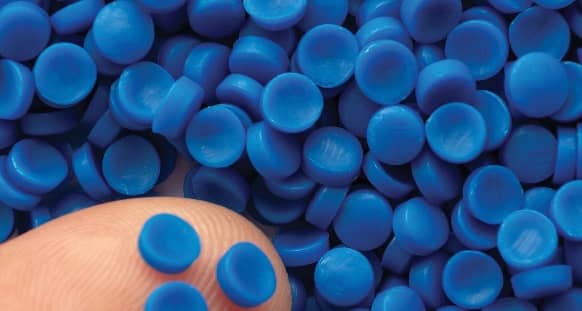 To understand Sasol’s recent travails, it is important to consider the company’s 70-year history. With the Industrial Behemoth’s results due in August, Jaco Visser takes a deep dive into the company from its birth as a parastatal and considers the outlook for the share as the group tries to move beyond the Lake Charles fiasco.

Back in the infancy of chemistry, chain reactions were unstable and sometimes deadly. For chemical producers today, the stakes are still high, and they need to focus not only on the stability of their operations on the ground but also on the stability of their finances to ensure shareholders are rewarded for placing trust in them. And, as with any listed company, management must clearly demonstrate this duty and commitment to its shareholders.

The severe consequences of a disconnect between company management and shareholders couldn’t be more clearly illustrated than by the sorry saga of Sasol over the past decade. In embarking on new ventures, such as the much-analyzed and criticized Lake Charles Chemicals Project (LCCP) in the US state of Louisiana, the energy and chemical company management’s aspirations lacked due regard for shareholders. And Sasol shareholders can attest to the resulting monetary losses and subsequent near-complete erosion of trust in one of South Africa’s industrial behemoths.

Fortunately, the outlook for this legacy company (remember that it was started with taxpayer money in 1950) seems brighter with Fleetwood Grobler having taken up the reins as CEO in November last year.

Sasol has had to endure harsh criticism in the past. When the company was created as a parastatal – to industrialise the pioneering technology whereby coal was turned into fuel – critics questioned why taxpayers should foot the bill of constructing the Sasol One plant in Sasolburg in the 1950s.

At present, shareholders want to know whether the Louisiana-based mega-project, which comes at a cost of $12.8bn (or R216bn, which is just a couple of billion lower than the construction cost of Eskom’s R230bn Medupi coal-fired power station, although confirming the latter figure is more onerous than splitting carbon compounds by hand in the dark) is worth losing out on dividend payments and capital appreciation.

The LCCP was borne from former CEO David Constable’s tenure. The Canadian took over the helm of the company in 2011 and stepped down after only five years at the group, during which, as reported by Business Day in 2016, “he performed radical surgery on Sasol, restructuring its operations and making deep cuts in its cost base at the same time as he streamlined its growth strategy to focus on the ambitious Lake Charles project in Louisiana, US”.

Constable was succeeded by joint CEOs Bongani Nqwababa and Stephen Cornell, who were then forced to resign in 2019 after an independent review into the disastrous LCCP venture.

It’s perhaps important to place the travails of Sasol in the context of its myriad moving parts. As fund manager Mike Lawrenson from Tantalum Capital puts it: When Constable took over, the company was viewed as cumbersome and in dire need of organizational change. Sasol was privatized and listed on the JSE by a cash-strapped apartheid government in 1979 and its history, former size, and structure as a parastatal are important to consider when analyzing the issues the company has grappled with in recent times.

The route from parastatal to the present

The birth of Sasol in 1950, by ramping up the conversion of coal to oil (a German technology employed by the Nazis to support their war effort), was South African industry’s second attempt to capitalize on the nation’s abundance of cheap coal. That is in addition to how cheap the labour was to get it out of the ground.

The Anglo-Transvaal Consolidated Investment Company (Anglovaal) discovered torbanite (bitumen shales) near Ermelo and in 1934 set up the South African Torbanite Mining and Refining Company (SATMAR), writes Stephen Sparks from the department of historical studies at the University of Johannesburg, in a 2016 article titled “Between Artificial Economics and the Discipline of the Market: Sasol from Parastatal to Privatisation” in the Journal of Southern African Studies. Sparks scoured government and Sasol archives in the research for his article.

Anglovaal then appointed Dr Hendrik van Eck (later the head of the Industrial Development Corporation) to probe the establishment of an oil-from-coal plant in SA, writes Sparks. Van Eck, together with another engineer at Anglovaal, took the then-minister of commerce and industries, Adriaan Fourie, in October 1936 to Nazi Germany to visit one of the Fischer-Tropsch factories – the latter name refers to the process of turning coal to oil, according to Sparks. Anglovaal’s torbanite operation “depended on subsidy through elevated customs duty and rail tariffs on imported petrol”.

By the mid-1940s Anglovaal had acquired a more advanced version of the Fischer-Tropsch process from the Americans, and government officials seemed more enthusiastic about the technology and the prospect of utilizing SA’s abundant coal reserves. Anglovaal, however, diverted its capital and attention to the Free State goldfields around the same time, writes Sparks.