This Time Really is Different 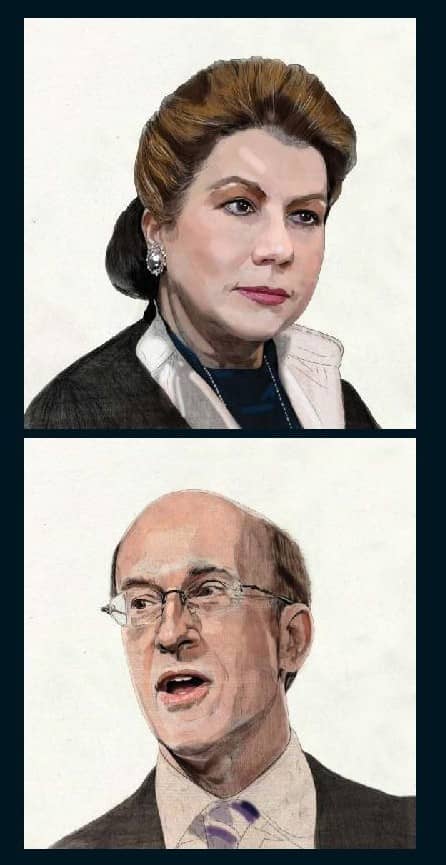 CARMEN REINHART and KENNETH ROGOFF studied eight centuries of economic data to show how similar most financial crises are. We asked them what they think about 2020

When Carmen Reinhart and Kenneth Rogoff published their heavyweight history of financial crises in late 2009, the title was ironic. This Time Is Different: Eight Centuries of Financial Folly reminded readers that the catastrophic 2008-09 credit crisis was far from unique. The authors became the go-to experts on the history of government defaults, recessions, bank runs, currency sell-offs, and inflationary spikes. Everything seemed to be part of a predictable pattern.

And yet a little more than a decade later, we’re experiencing what appears to be a one-of-a-kind crisis. The Covid-19 pandemic has catapulted the world into its deepest recession since the Great Depression, provoking an unprecedented fiscal and monetary response. To figure out what might be next, Bloomberg Markets spoke to Reinhart, a former deputy director at the International Monetary Fund who’s now a professor at the Harvard Kennedy School, and Rogoff, a former IMF chief economist who’s now a professor at Harvard. It turns out this time really is different.

BLOOMBERG MARKETS: How are you faring during the lockdown?

CARMEN REINHART: My husband and I are among the lucky ones because we can work from home. We came to Florida, where we’ve had a house for a decade. Our son lives in this area. Vincent’s brother lives in this area. So we wanted to be close to family. It’s a very busy period even though you’re always at home.

KENNETH ROGOFF: I’m with my wife and 21-year-old daughter in our house in Cambridge, quarantining, so to speak. It’s been a very intense period partly because I was teaching a lot. And there was the shift to Zoom, which created more work because you’re trying to prepare differently and do your lectures differently. It’s obviously a surreal experience overall.

BM: I will start with the clichéd question. Is this time different?

CR: Yes. Obviously there are a lot of references to the influenza pandemic of 1918, which, of course, was the deadliest with estimated worldwide deaths around 50 million—maybe, by some estimates, as many as 100 million. So pandemics are not new. But the policy response to pandemics that we’re seeing is definitely new. If you look at the year 1918, when deaths in the U.S. during the Spanish influenza pandemic peaked, that’s 675,000. Real GDP that year grew 9%. So the dominant economic model at the time was war production. You really can’t use that experience as any template for this. That’s one difference.

It’s certainly different from prior pandemics in terms of the economy, the policy response, the shutdown. The other thing that I like to highlight that is very different is how sudden this has been. If you look at U.S. unemployment claims in six weeks, we’ve had [job losses that] took 60 weeks in terms of the runup. If you look at capital flows to emerging markets, the same story. The reversal in capital flows in the four weeks ending in March matched the decline during the [2008-09] global financial crisis, which took a year. So the abruptness and the widespread shutdowns we had not seen before.

KR: Certainly the global nature of it is different and this highlights the speed. We have the first global recession crisis really since the Great Depression. In 2008 it was the rich countries and not the emerging markets. They [the emerging markets] had a “good” crisis in 2008, but they’re not going to this time, regardless of how the virus hits them.

The policy response is also different. Think about China. Can you imagine if this had hit 50 years ago? Can you imagine the Chinese state having the capacity to shut down Hubei province? To feed nearly 60 million people, give them food and water and concentrate medical attention? So there is a policy option that we have and I think most countries have. It’s the choice that had to be taken to try to protect ourselves. Obviously, this has been done to differing degrees of effectiveness in different countries, with Asia reacting much quicker and with much better near-term outcomes than Europe and the U.S.

BM: How do you regard the economic policy response?

The economic policy response has been massive and absolutely necessary. You can quibble between the European style of trying to preserve firms and workers in their current jobs and the U.S. version, which is to try to address it as a natural catastrophe and try to subsidize people but allow higher unemployment. They’re actually not that different. If this thing persists, a lot of those European firms will end up having to let their workers go when the crisis passes. Some of the U.S. firms will end up rehiring their workers. But certainly the aggressive crisis response reflects lessons learned in 2008.

BM: Does that explain the stock market surge, which seems at odds with the state of the economy?

CR: How much of the resilience, if not ebullience, in the market is policy driven? I think a lot of it. Let’s take monetary policy before the pandemic. U.S. unemployment was at its lowest level since the 1960s. By most metrics the U.S. was at or near full employment. It’s very possible that the path was toward rising interest rates. Clearly that has been completely replaced by a view that rates are zero now and that they’re going to stay low for a very long, long, indeterminate period of time, with a lot of liquidity support from the Federal Reserve. So that’s a big game changer, discounting futures.