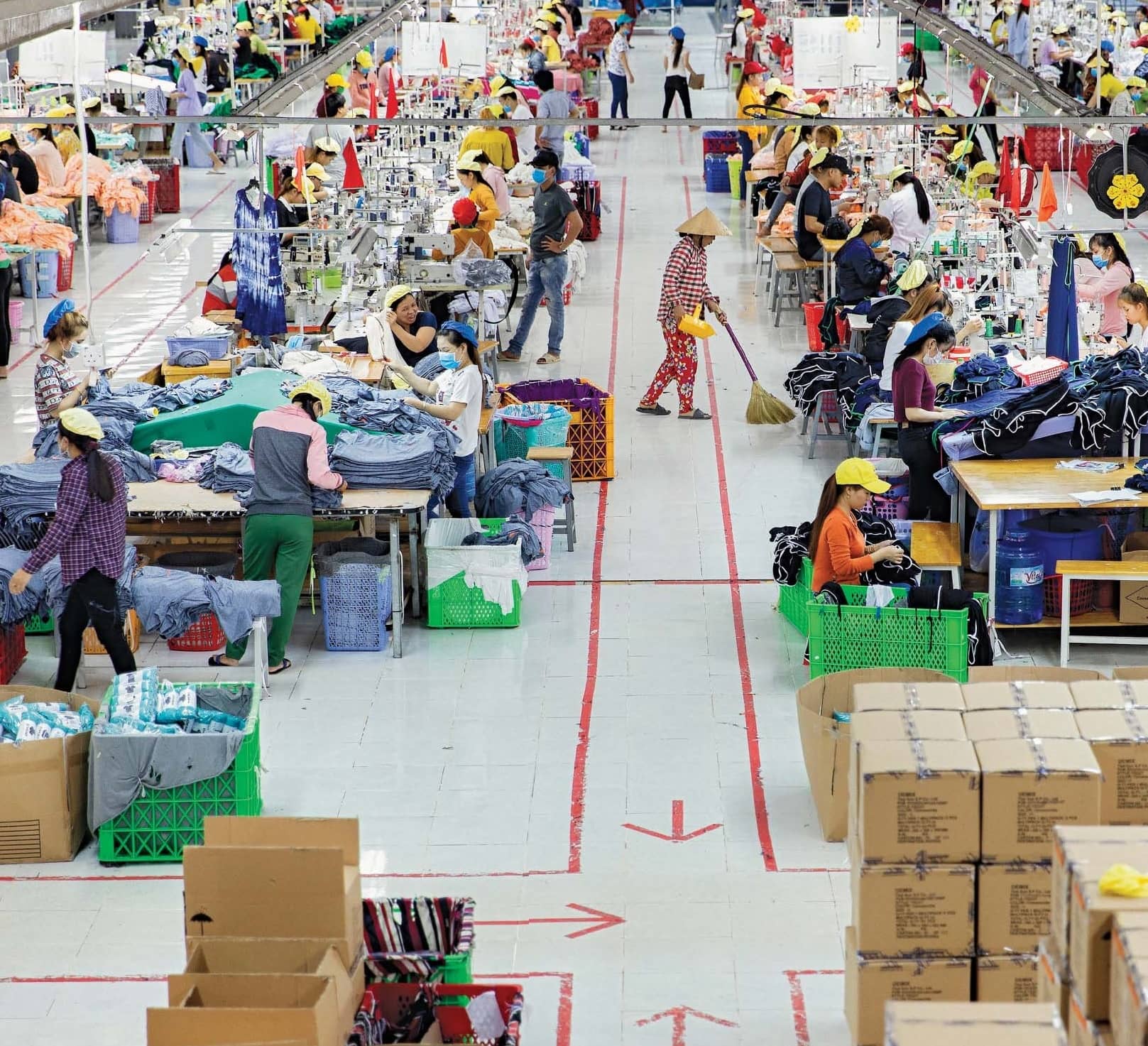 Vietnam once looked like one of the few winners in the U.S.-China trade war. Now it’s bracing for trouble
JOHN BOUDREAU and NGUYEN DIEU TU UYEN
Quach Ngoc Thien should be basking in good times. His fabric- dyeing company is woven tightly into the global garment supply chain. Located in bustling Ho Chi Minh City, Hong Le Trading Co. is emblematic of the promise of a rising Vietnam, which enjoys one of the world’s fastest-growing economies. And now it’s expanding, creating a unit to produce fabric to be turned into T-shirts and dresses for Walmart, Nordstrom, and other U.S. retailers.

Yet Thien sleeps fitfully. Every morning he reaches for his iPhone to scan news from faraway capitals that could put his livelihood and that of his 80 workers in jeopardy. That’s because Vietnam again finds its destiny shaped by the clash of great powers. The country, the bloodiest battlefield of the Cold War five decades ago, is at the nexus of the latest superpower confrontation—the economic rivalry between the U.S. and China.

To keep its export-powered growth story going, Vietnam needs unfettered access to the market of its former enemy, America, whose shoppers snap up Nike shoes made in the country’s south and tap away on Samsung smartphones assembled in giant plants just north of Hanoi. Equally crucial are imports—from yarn for making shirts and pants to chemicals and machines for assembly lines—from its fellow communist state and ostensible friend, China.

Early on in the U.S.-China trade war, Vietnam was shaping up as one of the world’s few winners. Investments flowed in and products shipped out of its busy ports in ever-increasing numbers. This bounty had unforeseen consequences, though: A growing trade surplus with the U.S. exposed Vietnam to the sort of tariffs the Trump administration had imposed on China. The duplicitous flow of Chinese products such as aluminum and plywood, rerouted south across the border and falsely labeled “Made in Vietnam” to avoid U.S. duties, is further straining Hanoi’s relations with Washington. 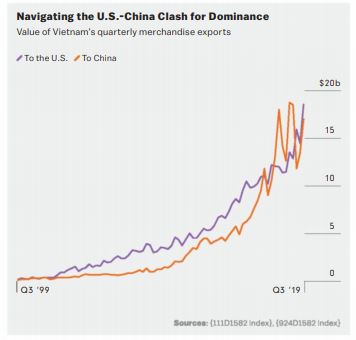 On the other side of the great-power divide, relations with China range from unpredictable to turbulent. Vietnam fought a border war with its northern neighbor a few years after the last U.S. Marines were choppered out of Saigon. Today, an incessant battle of words with China rages over increasing territorial tensions in the South China Sea, putting Vietnam at peril of the kind of economic retaliation that’s afflicted other countries in the region in recent years. Beijing, for example, slapped economic sanctions on South Korea after that country, along with the U.S., decided in 2016 to deploy the Terminal High Altitude Area Defense system as protection against any missiles fired by North Korea. A similar move by China against Vietnam could slow or even freeze the flow of Chinese exports crucial to manufacturers such as Hong Le Trading.

“I feel like we’re squeezed between two giants,” says Thien, the company’s co-founder. “We’re stuck between China and America. We haven’t done anything to hurt anyone, but we still might get hurt. We are so small and caught in the middle of the fight.”

Vietnam’s ability to dance between opposing forces has lifted the country from postwar poverty to global economic success. Factory openings by Intel Corp., LG Electronics Inc., and other multinationals have made the country a vital manufacturing hub, helping to create a surging middle class. Vietnam’s economy has expanded at an average yearly pace of 6.6% since 2000, boosting the average annual income to almost $2,600 from about $400. Last year it grew 7.02%, its second-fastest rate since 2007, while China’s economy grew at 6.1%, an almost three-decade low.

Vietnam is still new to the global economy. It didn’t begin opening up to foreign investors until the late 1980s, when it instituted the doi moi (“renovation”) reforms ordered by the politburo, which steered the communist country toward a market-oriented economy. Hanoi is making up for lost time by aggressively courting multinationals and signing any trade deal it can, including one in June with the European Union.