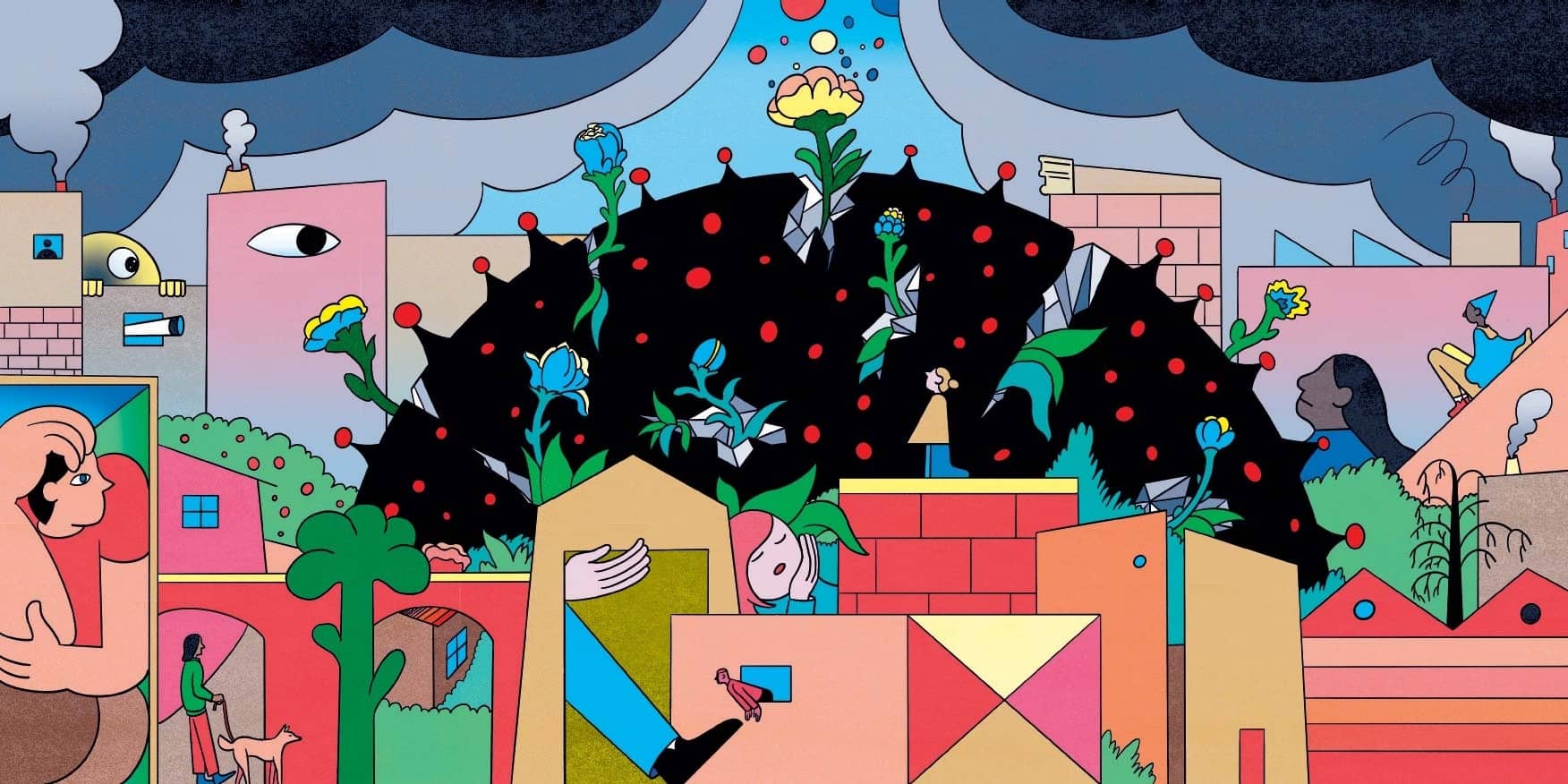 REMEMBER WHEN all of this was unthinkable? More than 20 million out of work in the U.S. China seizing up. The oil market collapsing, entire industries—airlines, professional sports—shutting down.

EDWARD ROBINSON
It seems a calamity of this magnitude should have been a thing of the past. And yet here we are, confronting the reality that a virus 400 times smaller than the diameter of a human hair has exposed the weaknesses of our globalized economy with ruthless indifference. The crisis is a rupture between the world we knew and the one that’s coming.

The question now is, what will this new world look like?

For all of the initial hopes that things would snap back to normal with a V-shaped recovery once the Covid-19 disease was suppressed, it’s becoming more likely that a protracted, L-shaped path lies before us. Ben Bernanke, the former chairman of the Federal Reserve who managed its response to the 2008-09 crash, says the U.S. economy has little chance of truly rebounding until the virus is defeated and people feel safe enough to resume their life.

Yet he also says the swiftness and scale of Washington’s reaction to the economic crisis—the Fed and Congress are on course to deploy more than $6 trillion in support for businesses and households—should prevent it from unfolding like the Great Depression, a 10-year slog worsened by policy errors and inaction. “If we are patient and do what we should be doing, we will come out all right on the other side,” Bernanke said in a webcast conducted by the Brookings Institution in April.

Michael Mandel, chief economic strategist at the Progressive Policy Institute in Washington, says the flash flood of money will accelerate the drive by industries to invest in technology and automation to improve productivity. And manufacturers will be motivated to bring home operations long outsourced to China and other cheap-labor locales in a process he calls localization. Both of these developments should lead to an increase in wages and opportunities for workers, he says. Many of these shifts were already under way before calamity struck. One of the extraordinary effects playing out is a form of “accelerated history,” in the words of Richard Haass, president of the Council on Foreign Relations. We’re watching developments that normally take years to unfold do so in weeks.

But many of these trends will come at the expense of swaths of society ill-equipped to participate in a more sophisticated labor market that depends increasingly on software and automation, even in blue-collar jobs. “This is going to be a painful, nasty, tragic period, but I also see an opportunity for a boom in capital investment, digitalization, and entrepreneurialism,” Mandel says. “Now the benefits of technology-driven growth are going to be spread more widely, but some people will be left behind, and the need for a social safety net will become much more relevant.”

This is just one of the dynamics that will play out as investors and businesses look for stability and growth. The fear, of course, is that restoring a sense of normalcy won’t be possible. Too much time will have passed and too much damage will have been done. State interventions in the private sector, which make the bailouts of 2008-09 look quaint, are bound to shake up the political landscape for years to come. The prepandemic era may be unrecoverable.

Yet there’s a case to be made that that’s fine. It wasn’t as if the world was enjoying a period of blissful calm before the novel coronavirus struck. President Trump’s America with its nationalist populism; Britain and its Brexit; and Turkey, India, and other countries already had upended the world order set in motion after World War II. Anxiety about a chaotic future has been running high for some time.