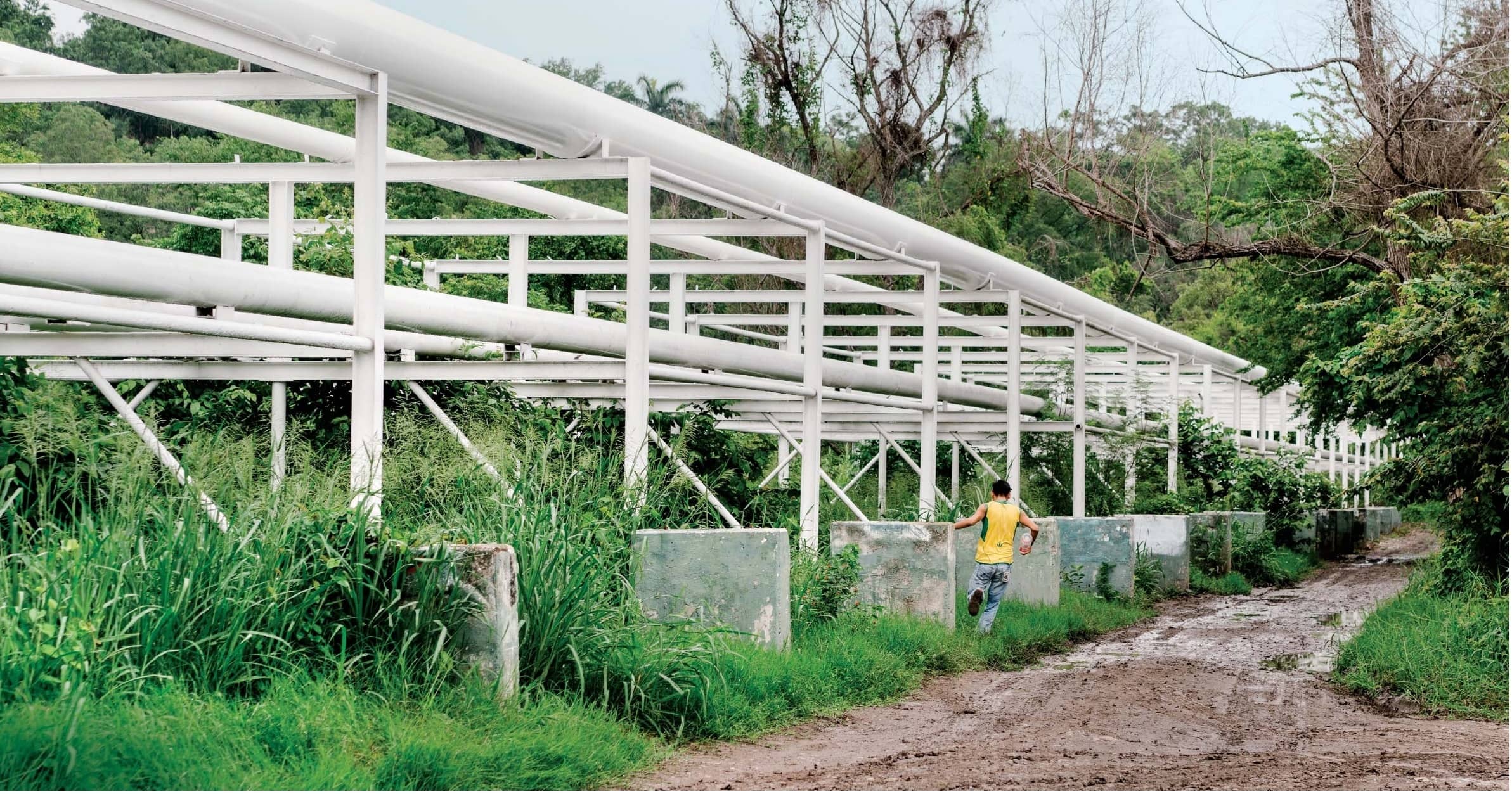 Amy Stillman And Justin Villamil
In a small office at the run-down hotel his family owns in Poza Rica, Mexico, Guillermo Salinas recalls how his country’s oil dreams imploded, along with many of his own hopes for a brighter future. A light flickers overhead. The air smells of chlorine, though hardly anyone uses the hotel’s blue-tiled pool anymore.

On this muggy day in September, some of the few guests at the once-thriving Hotel Salinas are a dozen or so federal police sent to the area to protect pipelines from thieves who siphon off gasoline to sell on the black market. Having federales as paying customers is a mixed blessing: The sight of a bunch of guys in the lobby with rifles slung over their shoulders doesn’t exactly help lure tourists.

Nowadays any paying customer is welcome here. Poza Rica, a city in the Gulf Coast state of Veracruz, lies on the edge of the vast onshore Chicontepec oil basin. About a decade ago, Petróleos Mexicanos, the state-owned oil giant that has iconic status in Mexico, was investing billions of dollars in Chicontepec. Salinas and other entrepreneurs rushed here to open restaurants, hotels, and oil service businesses.

It looked like Poza Rica was going to be a boomtown. But the boom has become a bust. Joblessness is rampant—even some drug cartels that once terrorized the town have gone elsewhere because there’s not enough money to be made.

So, like a lot of Mexicans, Salinas, who manages the hotel day to day, feels let down. “The government told businesses to prepare ourselves by creating new infrastructure and services for Pemex,” he says. “That didn’t last, and now a lot of investment has stopped. Many of us in the hotel business are fighting to survive.”

The same could be said of Pemex. Ratings companies are sounding the alarm over the world’s most indebted oil company, with one already cutting its bonds to high-yield, high-risk junk. The biggest risk of all is that the state company’s distress will drag down the Mexican economy.

Any hope of preventing that and of revitalizing such places as Poza Rica now rests with President Andrés Manuel López Obrador. When he took office in December 2018, one of his signature promises was to return Pemex to its glory days.

AMLO, as the president is known, has placed Pemex at the heart of his ambitions to upend three decades of neoliberal policies. So while he’s pledged much-needed investment to revive the company, he’s dialing back moves that had ended Pemex’s monopoly on crude production and provided a whiff of modern management practices where do-little jobs-for-life weren’t uncommon.

Pemex is now saddled with a mandate that looks a lot like a job creation program, including the construction of a refinery in AMLO’s home state that most industry analysts say isn’t needed. This populist prescription for saving Pemex, whose debt load is more than $100 billion, is exactly what disturbs ratings companies. The press offices for Pemex and López Obrador didn’t respond to requests for comment.

In retrospect it seems clear the president was always headed in this direction. Early in the López Obrador administration, Pemex added the motto “For the Recovery of Sovereignty” to its logo— lest anyone mistake it for a more typical energy producer focused simply on drilling for oil and gas.

And that’s where AMLO’s troubles began.

WHEN HE BECAME PRESIDENT, López Obrador had at least appeared to have the bona fides for revitalizing Pemex. As mayor of Mexico City from December 2000 to July 2005, he successfully juggled wildly divergent constituencies. What’s more, he was a child of the oilpatch: He spent his early years in Tepetitán, an off-thebeaten-path village with a couple of wells sunk into the ground.

But the Pemex of AMLO’s childhood was vastly more successful than it is today. In 1953, the year he was born, the oil industry was booming in his home state of Tabasco. Nationwide, production had almost doubled over the previous 15 years. By 1968 it had doubled again.

There were always concerns that Mexicans at the bottom of society weren’t getting a fair share of oil wealth, however. López Obrador, who’d worked as a bureaucrat and a college professor, latched on to that anger as he began his political career. After losing a controversial 1994 election for the state governorship—his opponent’s campaign spending came under scrutiny—he joined activists who blockaded Pemex wells and rose to prominence when he appeared on television covered in blood following a clash with police.

In 2000, when he won Mexico City’s mayoral election, López Obrador positioned himself as a pragmatic leftist. While he expanded social programs for senior citizens, single mothers, and the disabled, he was also willing to work with billionaire Carlos Slim on development projects and former New York Mayor Rudy Giuliani on crime-fighting initiatives.

AMLO used the job as a launchpad, running for president in 2006 on a left-wing agenda that included protecting Pemex from what he saw as efforts to privatize the company. He lost to center-right candidate Felipe Calderón by less than 1 percentage point, according to the official count, but claimed fraud and didn’t accept the results. He and his supporters formed a symbolic shadow government and shut down the heart of the capital city with weeks of protests. 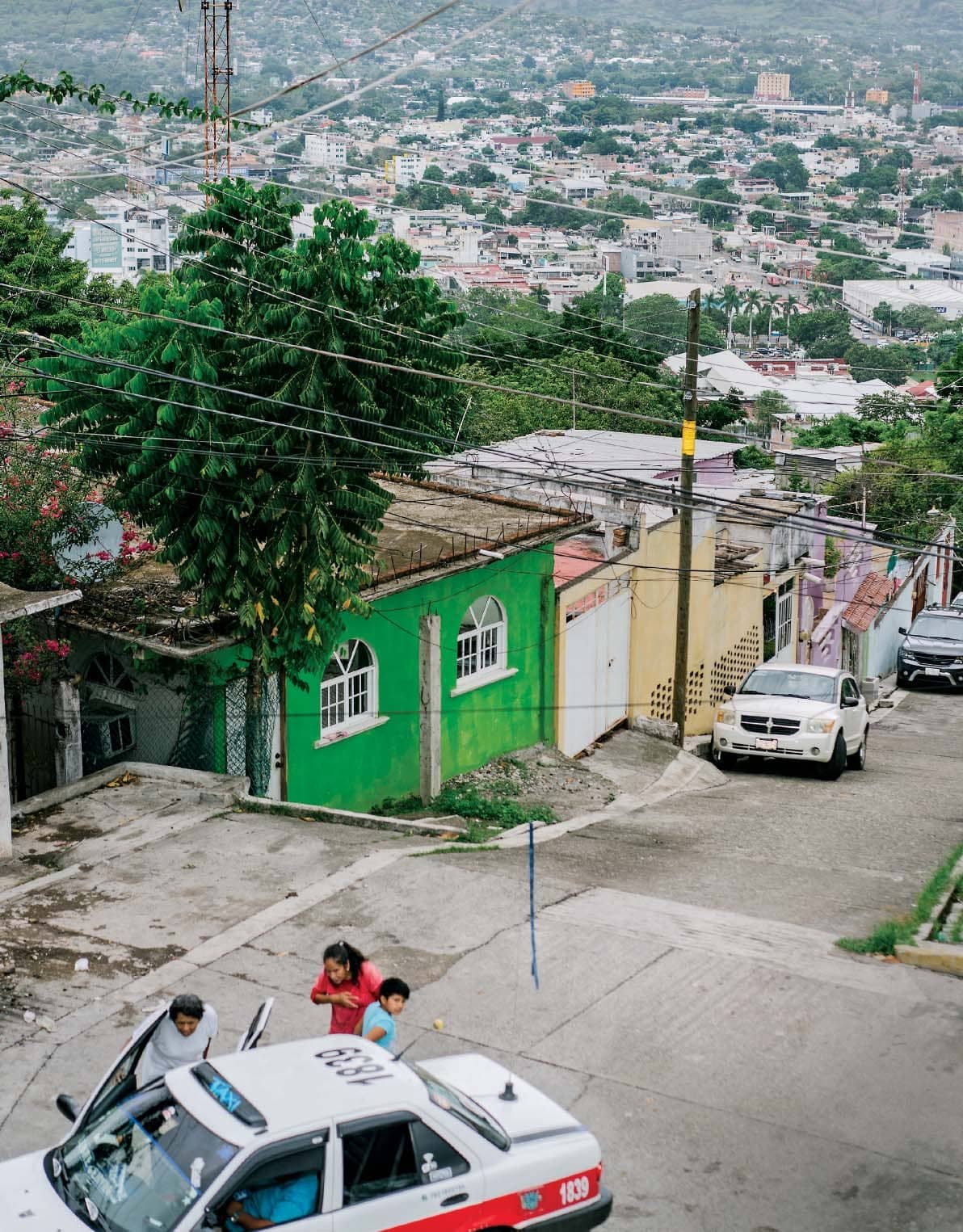