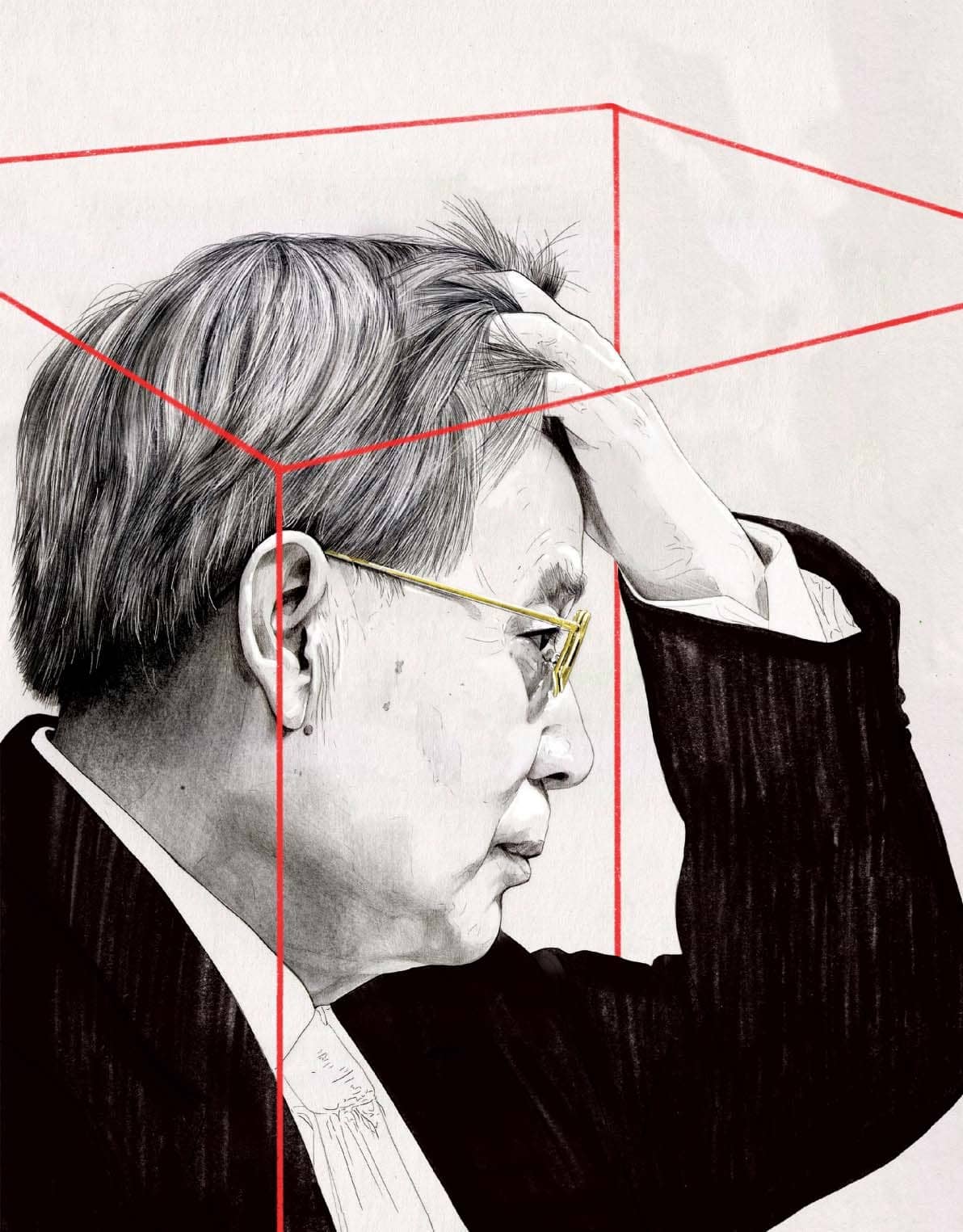 Two months into his tenure as China’s top banking regulator, Guo Shuqing did something his staffers had never witnessed from a senior Communist Party leader. Speaking in Beijing to officials and industry executives from across the country, he pledged to resign if he failed to snuff out the excesses that had been accumulating in China’s $40 trillion banking system for almost a decade. ¶ “This is a leader’s responsibility,” Guo said, according to people familiar with the April 2017 speech who asked not to be named discussing an internal matter. ¶ His comments jolted the audience. Not only is it extremely rare for a high-ranking Chinese official to admit the possibility of defeat, but those listening also understood the enormity of Guo’s task. As steward of the world’s largest banking system —it’s twice the size of the U.S.’s—the 63-year-old arguably has the hardest job in global finance. And it’s getting more difficult by the day. China faces its most uncertain economic environment since the global recession a decade ago, a state of affairs further complicated by the civil unrest in Hong Kong. ¶ Guo’s priorities— keeping China’s financial system stable and chipping away at the implicit state guarantees that underpin everything, including asset-management products and bank deposits are maddeningly contradictory. To create a more sustainable system where financial risk and return go hand in hand, he must convince investors, lenders, and local governments that Beijing won’t come to the rescue when asset prices fall or borrowers default. But removing the government backstop could trigger a “rapid and chaotic” repricing of risk that results in exactly the kind of crisis Guo is trying to prevent, says Michael Pettis, a finance professor at Peking University and former banker at Bear Stearns Cos.

Walking that tightrope would be difficult in the best of times, but Guo is doing it with a trade war and a record-high debt burden hanging over China’s $13 trillion economy. What’s more, he may need to get it done by sometime in 2021; officials at his level typically retire at 65, though there have been exceptions.

To the dismay of China bears everywhere, Guo seems to be pulling off the balancing act. Since becoming chairman of the China Banking Regulatory Commission in early 2017, he’s published sweeping rules that ban implicit guarantees on $14 trillion of asset-management products, shuttered thousands of struggling peer-to-peer lenders, allowed local companies to default on their debt at a record pace, and imposed losses on a troubled bank’s creditors for the first time since at least 1998.

Although his unprecedented campaign to rein in moral hazard has caused bouts of financial turbulence and contributed to the Chinese economy’s deepest slowdown in decades, the country has yet to experience anything approaching a crisis. China’s gross domestic product rose 6% in the third quarter, slightly below estimates but still within the government’s target range. Of course, if growth takes a dramatic turn for the worse, Guo will have much less room to maneuver. But for now, the outlook for further reforms looks positive. Investors, policy makers, and academics who’ve worked with Guo say his financial overhaul is far from over.