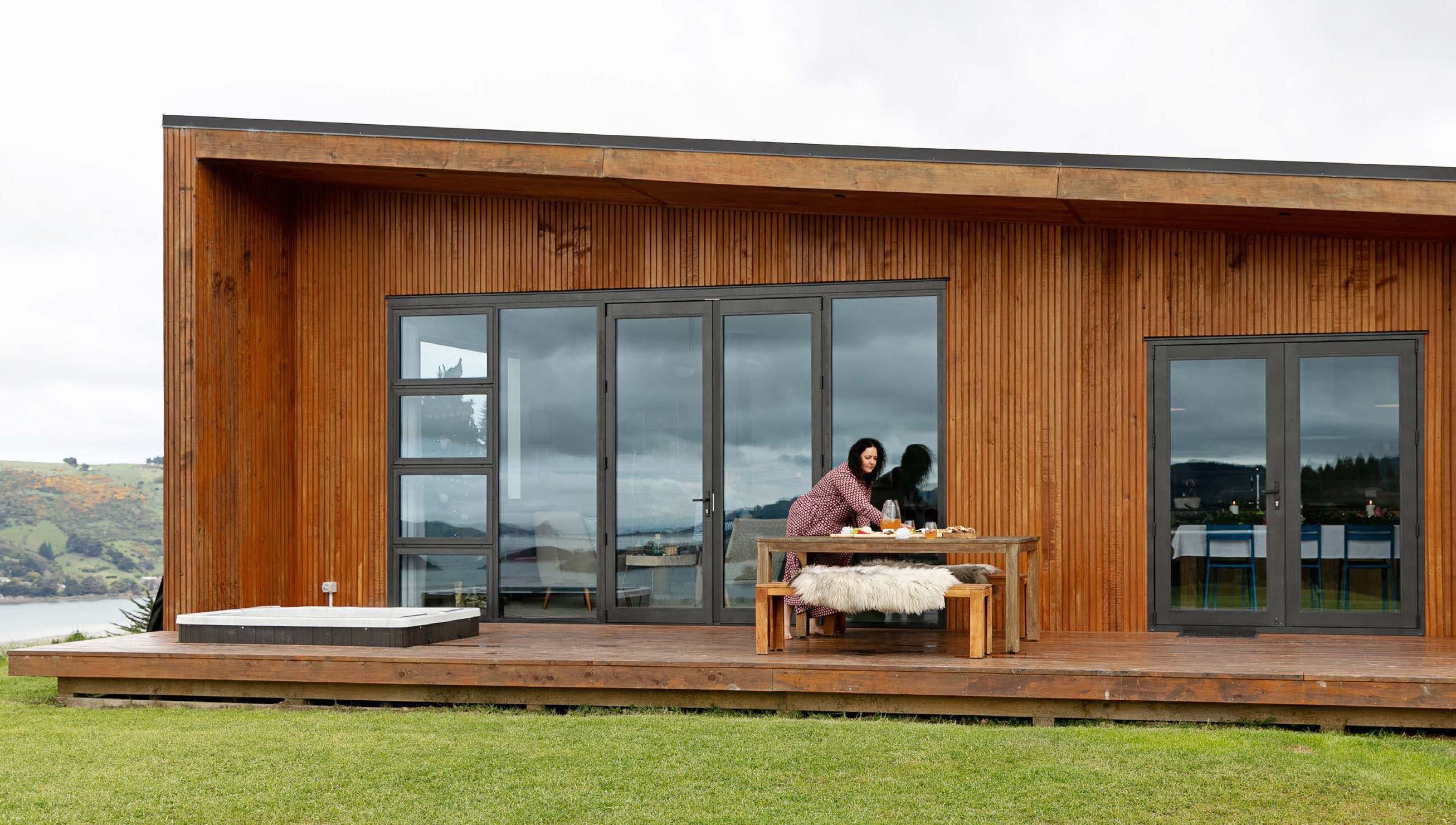 This creative couple – and veterans of a whopping 11 house builds – decided to plan, design and project manage their latest masterpiece on a Dunedin hilltop. The result is a home that blurs the lines between architecture and art

Annick Larkin
Art is a vital part of Doug and Shelley McConaughy’s life – they collect it, Shelley creates it and their home is an extension of it. So when Your Home and Garden visited them recently, it wasn’t a surprise to find the family Christmas tree adorned with a delightful collection of handmade treasures. Equally unsurprising is that this creative couple opted to sell their recently renovated villa in order to build a brand-new home. 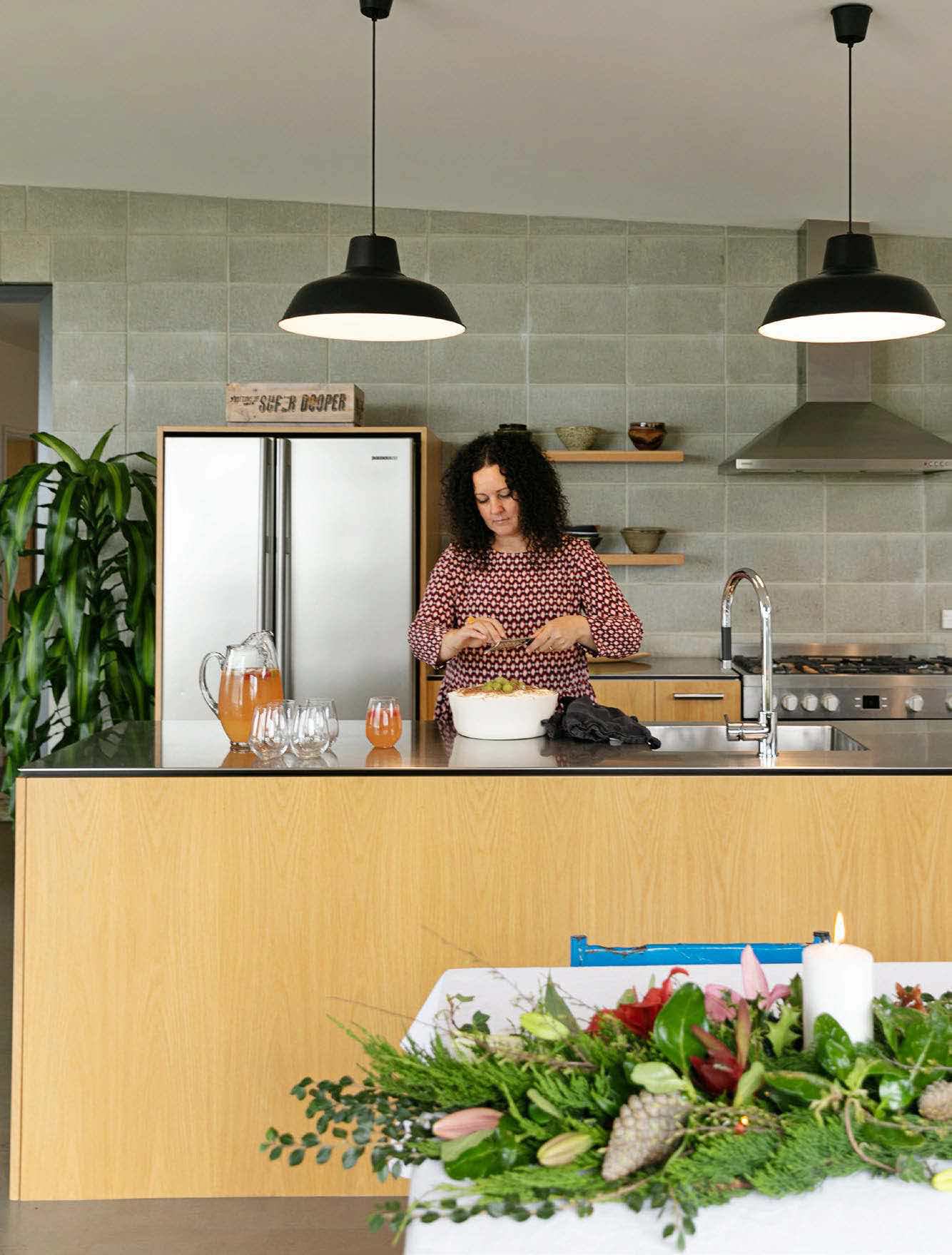 In early 2016, Shelley and Doug bought a five-acre block on the outskirts of Dunedin. Part of a working farm right up until the time of sale, the site was still fenced into three paddocks when the couple took possession. Just a few months later, in September, the property, which had not a stick of planting on it and possessed breathtaking harbour views, began its journey from blank canvas to stunning contemporary home. 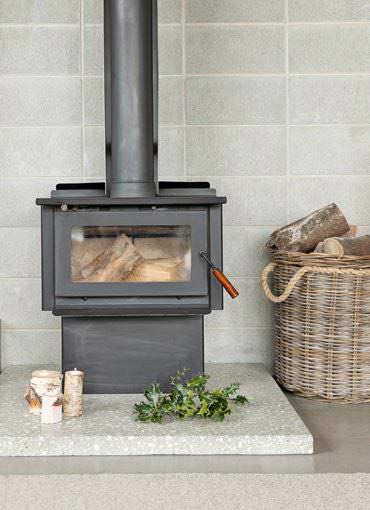 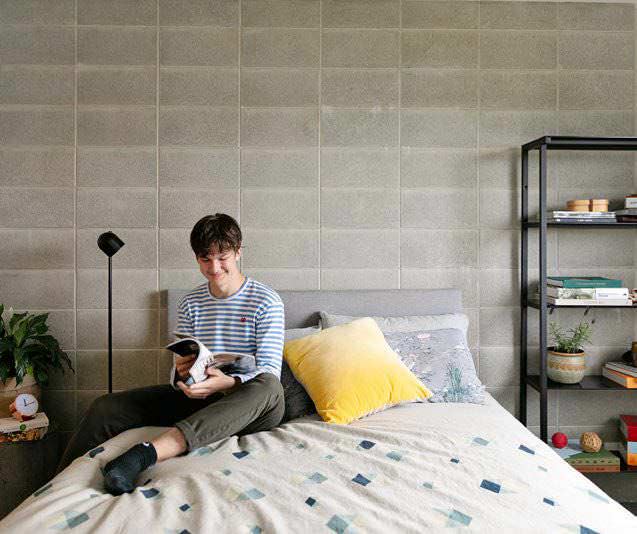 With Doug’s background as a structural engineer and artist Shelley’s natural flair, combined with a wealth of house-building experience (the pair have clocked up an astonishing 11 new-builds and one renovation), the McConaughys decided to design their new home entirely on their own. That’s right – no architect and no draughtsman, just a blank piece of paper and their joint creative powers. 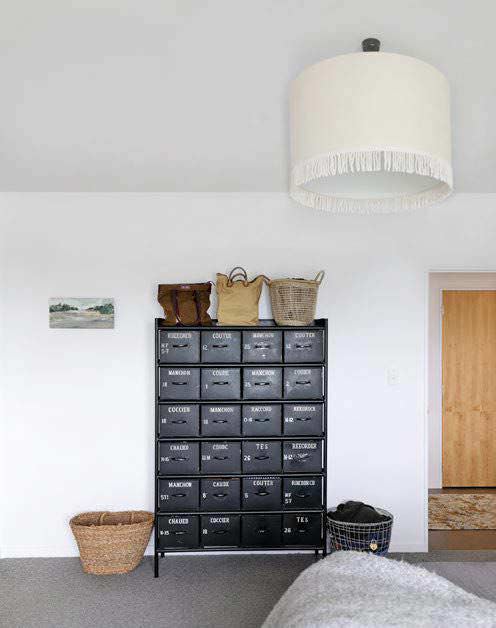 “We designed everything from the floor plan to the cladding; from window placement to interior design. Even the council consent lodgements were done by us,” says Shelley. They were also keen to build a home that exceeded current building regulations for insulation and efficiency. “When considering a new-build, it’s important to think about futureproofing – such as installing an electric car plug outlet and choosing fittings and finishes that will last the distance,” she explains.