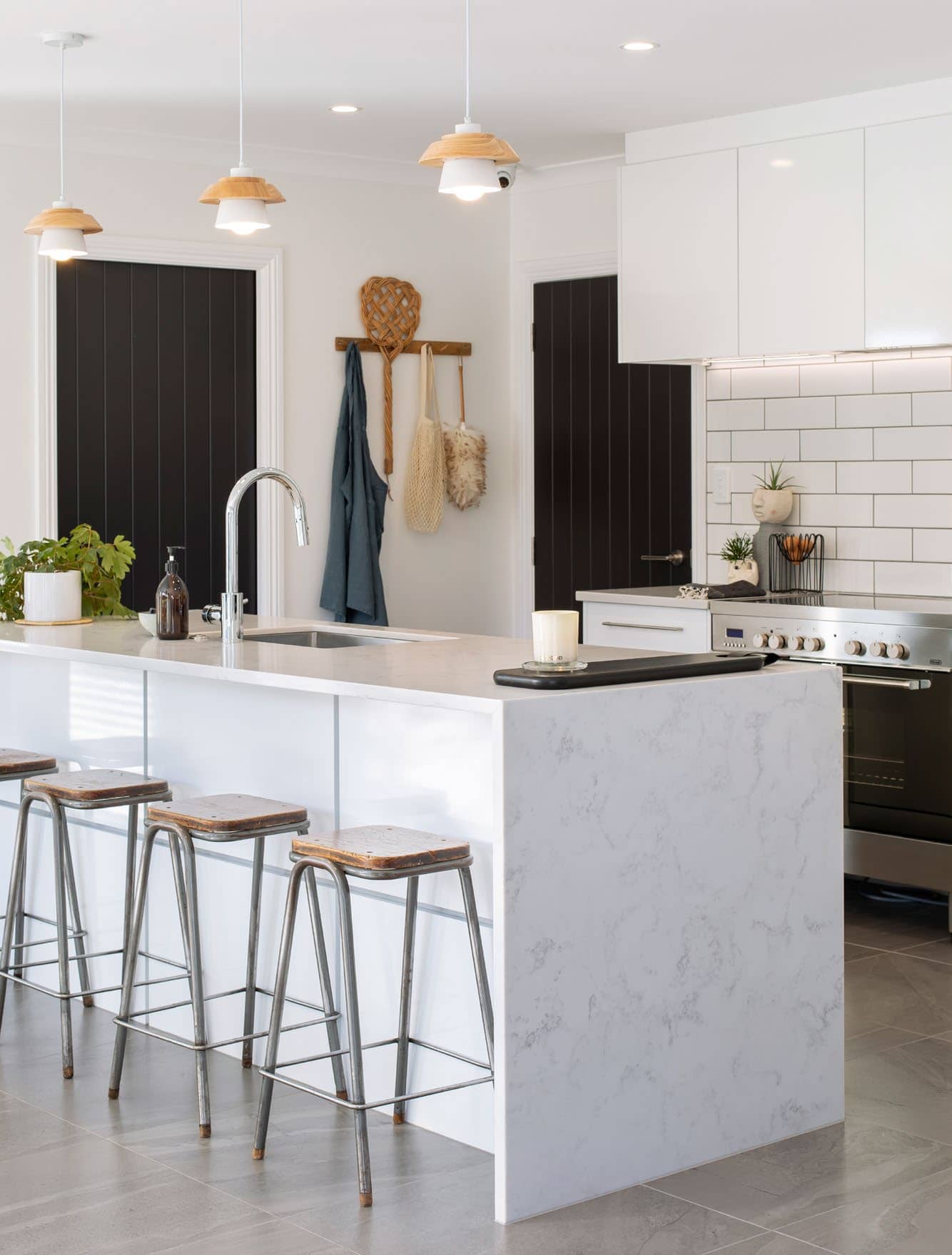 After downsizing from a high-maintenance home to a sunny new-build across town, this Rangiora family have no regrets.

Sharon Stephenson
Sometimes, opportunity presents itself when you least expect it. Just ask Jecasta South and her husband, Pat. The couple moved to Rangiora seven years ago, after their Christchurch home was ruined in the 2011 quakes. They eventually built a house there, designing it themselves and spending months scouring salvage yards and Trade Me for demolition building materials. 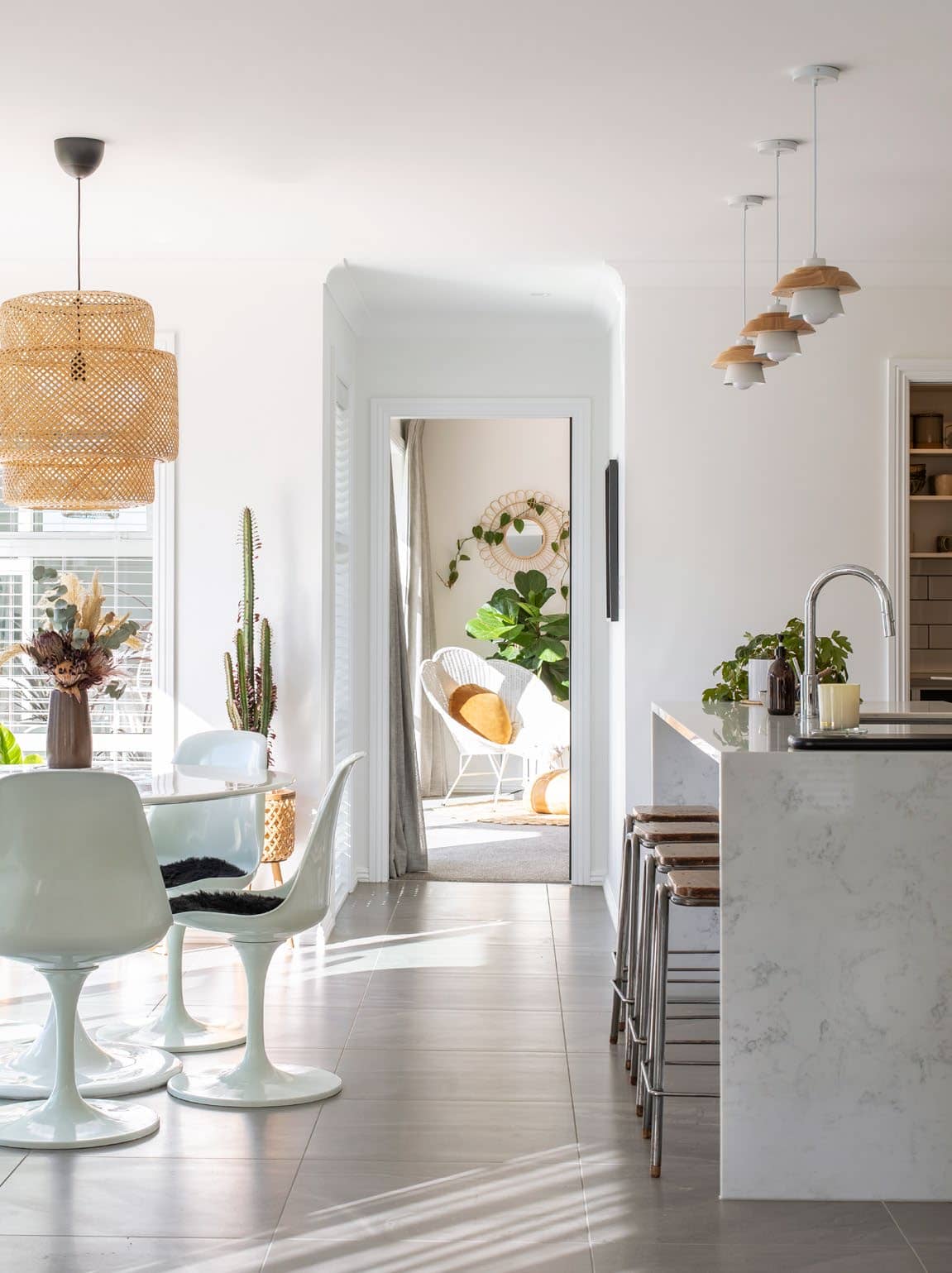 “We wanted an industrial, eclectic look,” says Jecasta of the 260-square-metre design.

But it turned out that the project chewed up most of their time and energy. “We were spending every evening and weekend finishing it. We loved it but it was high-maintenance and took for ever to clean!”

Then Pat landed a job as a sales manager for New Style Homes and suggested they downsize to one of the company’s new-builds. “I wasn’t convinced because we’d put so much energy into building our house,” says Jecasta. “But when I saw the plans, I knew a low maintenance, minimalist space built by someone else would not only provide financial freedom, it would also give us back precious family time.” 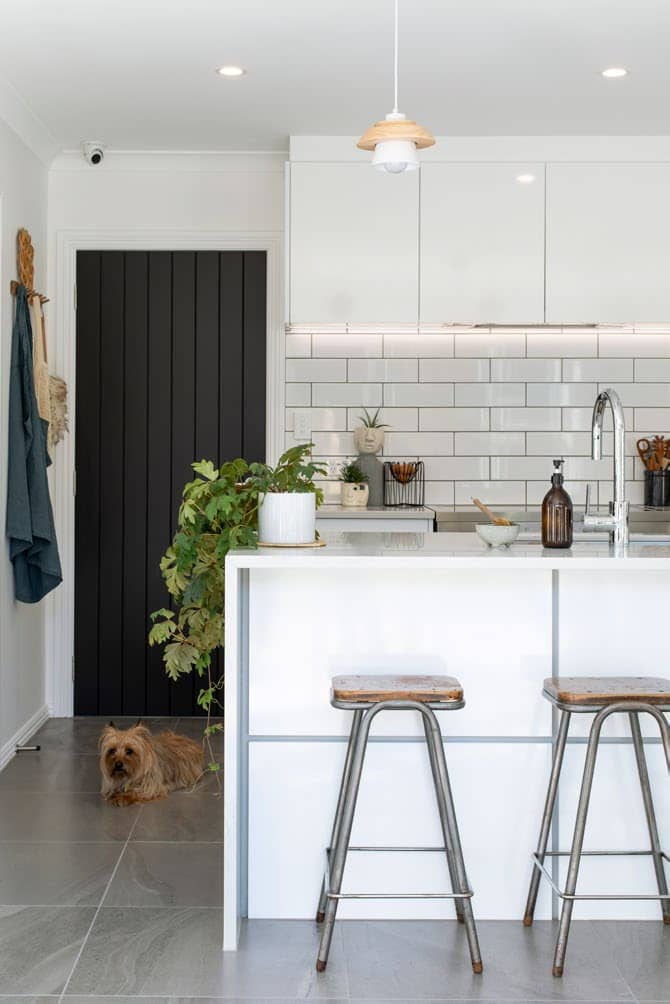 The couple opted for a 219-square-metre home with four bedrooms, two bathrooms and a media room in a new subdivision across town. Pat was able to project-manage the build, which started in December 2018 and finished five months later. The Souths made a few minor tweaks to the plans, including getting rid of a study nook (which increased the size of their butler’s pantry), adding oodles more storage and a built-in laundry.

“When you have four children and two pets, you need to do a lot of laundry,” Jecasta says. “Having a dedicated laundry space, rather than just a washing machine plonked in the garage, makes my life so much easier.”