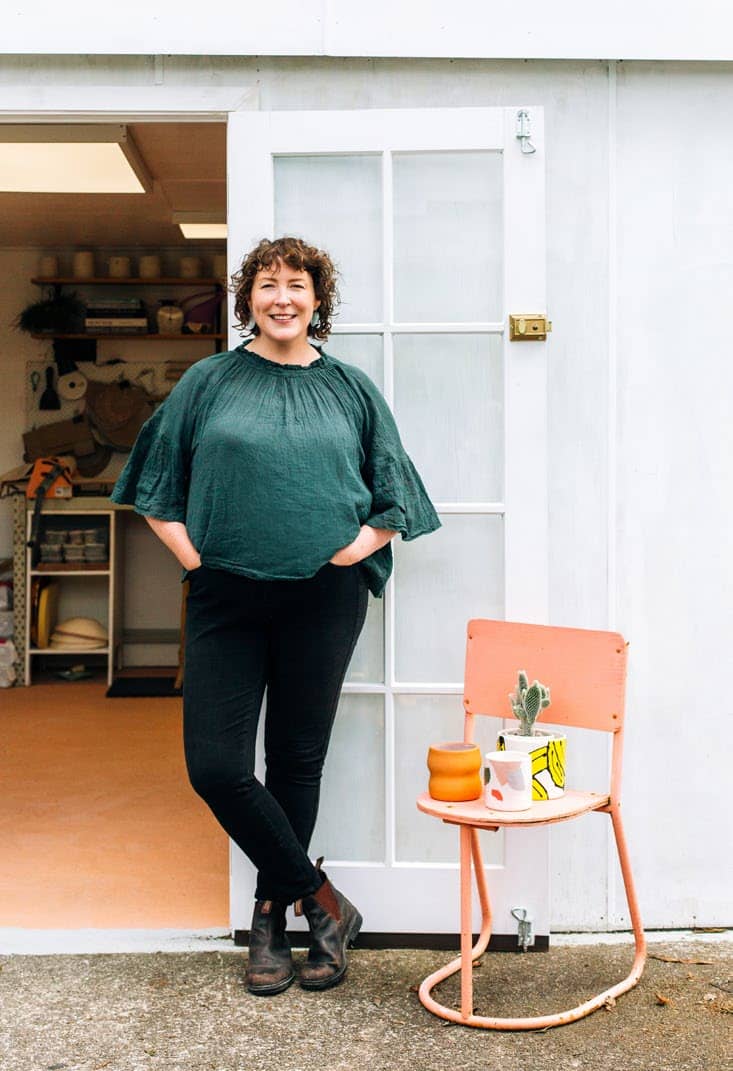 Felicity Donaldson, aka Wundaire, has built a thriving ceramics brand through the power of persistence and creative collaboration

What were you doing before you started making ceramics?

At uni I studied science down in Dunedin, with some papers in design, but the jobs when I graduated were mainly in the research field, which didn’t particularly interest me. I started working as a visual merchandiser, and ended up spending 10 years as a window dresser, doing store planning and creating displays. I enjoyed it; it was a creative way of making money, but I was never passionate about it. I also worked in hospitality on and off.

Later, once I started making ceramics, all the study and jobs I’d done started to make sense, and all the skills I’d acquired came in handy for running my own business and teaching workshops. I probably use my degree more now than I ever have before.

Can you tell us about your first encounter with clay? What did you love about it?

I was living up in Auckland, and did a 10-week course at Auckland Studio Potters. I thought it would be more instructive, like: ‘Today we’re going to make a cup’ but it was a lot more casual than that, more like: ‘What do you want to know?’ I wanted to make big pots for my plants because I couldn’t find any I liked in retail. So I started with that and ended up learning a whole lot of different techniques that I wouldn’t have learned in a more directed class. Clay and ceramics just made sense to me and I realised, ‘Oh, this is it. This is my medium.’

How did you go from those first pots to making ceramics your main gig?

It just sort of took over. I started making quite a bit and also started an Instagram account quite early on, with the name ‘Wundaire’, which I already had in my head. That branding came from my retail experience; I wanted it to be separate from my own name so that it could be scalable further down the track.