Jewels of the JURASSIC 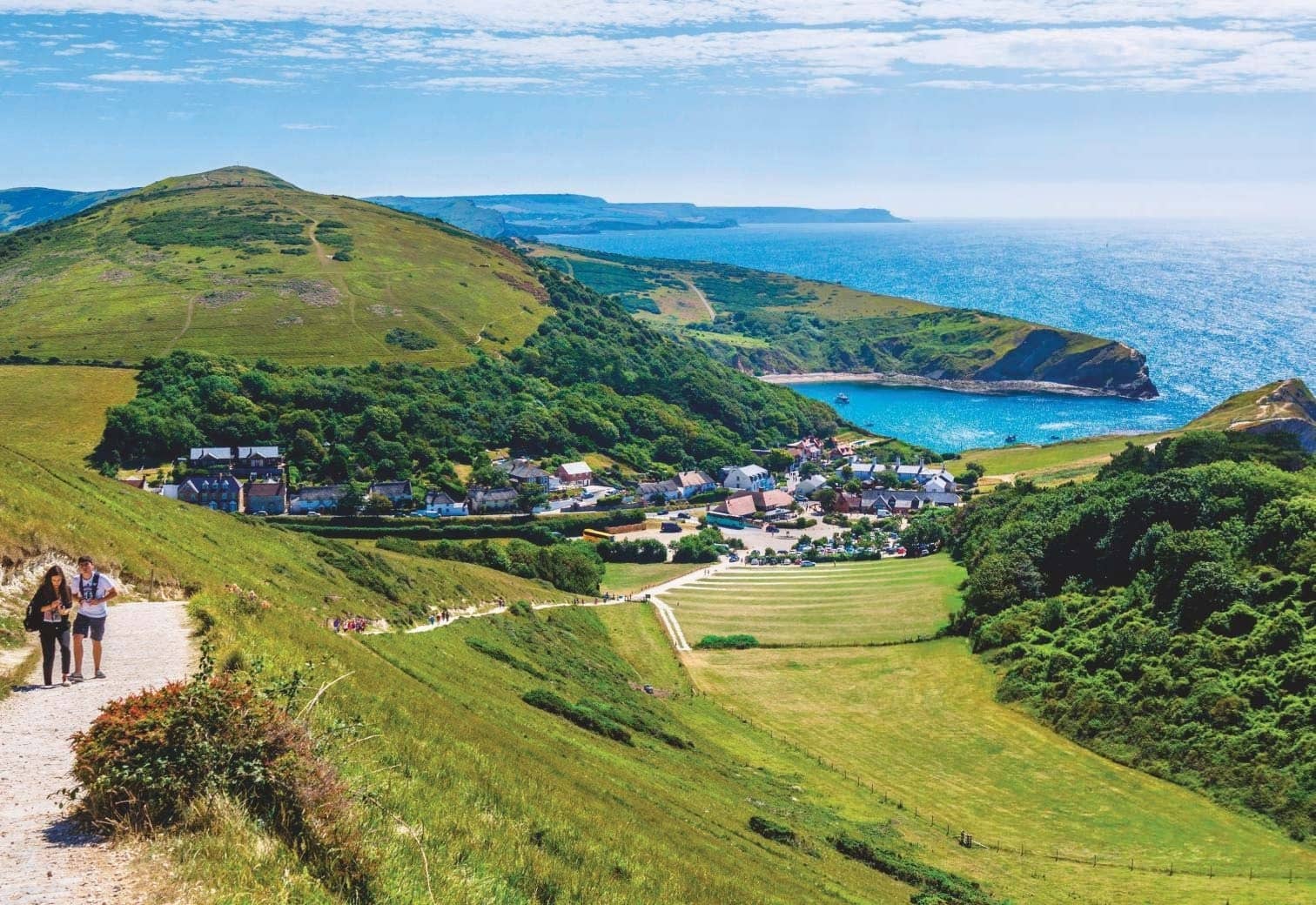 Looking down from the headland above beautiful Lulworth Cove, all those vaguely remembered school geography lessons about rock formations come vividly to life. In one direction, the village of West Lulworth nestles beneath the rolling chalk downs of East Dorset. In the other direction lies one of the most eye-catching features of Britain’s Jurassic Coast.

The perfect horseshoe of Lulworth Cove was formed some 10,000 years ago by waves breaking through hard limestone to meet softer clays behind. Standing on the cliff top today, you can almost see the coastline continuing to change. Next to Lulworth Cove, the sea is slowly breaking through to form another bay beneath dramatic folds of ancient rock. It’s all pretty humbling stuff.

This glorious corner of Dorset is a haven for walkers and nature lovers. It’s part of the UNESCO-listed Jurassic Coast, which stretches for 95 miles from Old Harry Rocks at Studland through Weymouth and Lyme Regis to Exmouth in the west. And there’s no better way to explore than on foot.

I’m on a break with HF Holidays, tailored to winter and spring walkers, but summer is peak season for guests staying here at West Lulworth House, one of 18 HF houses throughout the UK.Each HF house has its own character, from Georgian mansions to seaside properties, and all are located within National Parks or Areas of Outstanding