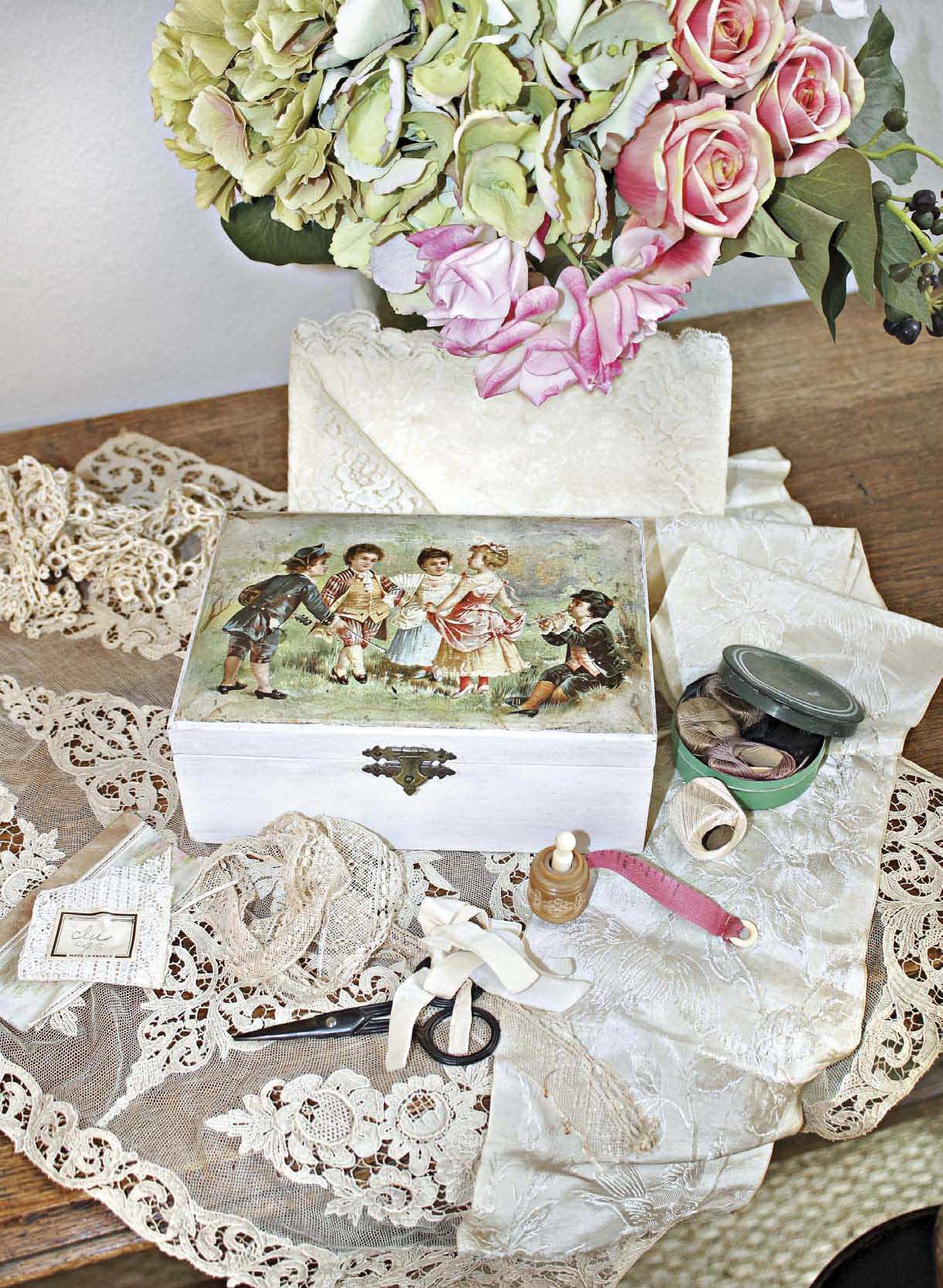 Passed down with great love from mother to daughter, sister to sister and friend to friend, sewing tools and accessories have always been prized personal possessions.

Because a Victorian woman often did not have the legal right to own property herself, depending on what state or country she lived in, her sewing accessories were one of the few things she could bequeath to someone she loved. Sewing tools, with their sentimental resonance, were quite precious to those who inherited them. They were often objects of art in their own right, made of the finest materials. There was a tool for each task, and each item came in many variations. Most Victorian young women received a fully outfitted sewing basket for a special birthday, or as part of her trousseau.

THE HISTORY OF SEWING

The art of sewing has a long history, beginning with the Paleolithic Age when Stone Age people used sinew to piece animal hides together for clothing and shelter. Throughout the centuries, weaving cloth, making patterns, cutting fabric and producing clothing as well as all household linens took up many work hours in every woman’s life.

Until the Middle Ages, clothing was practical, not beautiful. Most of the population made their own cloth in natural colors of flax, wool and linen. Only European nobility could afford to employ seamstresses to fabricate richly colored and embellished robes and gowns.

Although sewing has always been associated with women throughout history, men also have a rich history of sewing. Sailors learned to mend the great billowing sails on their ships out of necessity, and also how to mend their clothing while they were away at sea. Tailors are the ultimate example of men who sewed, fashioning quality gentlemen’s suits and shirts.