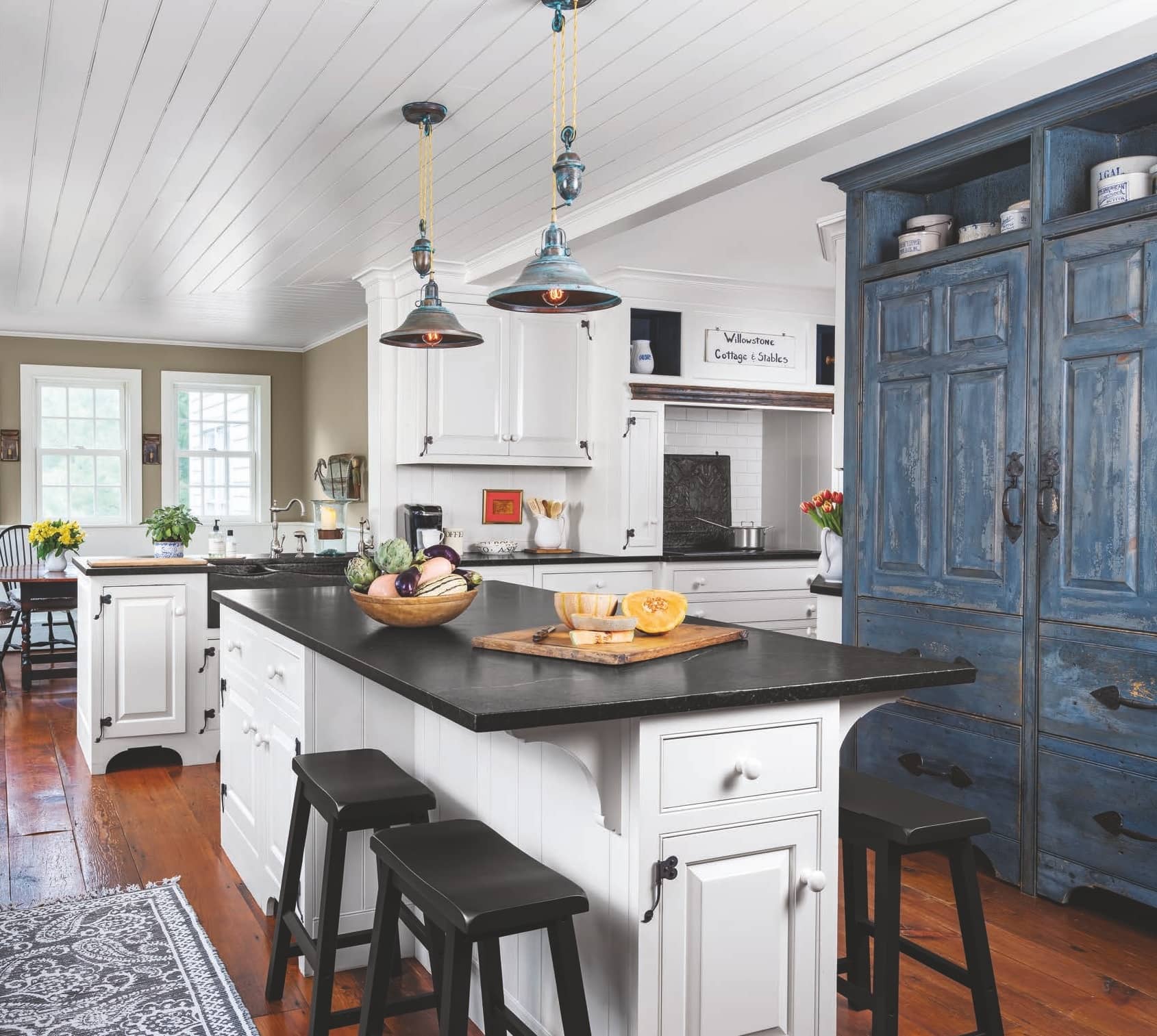 The house had a pre–Civil War core, a Depression-era add-on, a 1940s porch, and a three-story addition from the 1970s. It took a growing family—and its visionary matriarch—to turn it into a cohesive whole.

Deborah Baldwin
FEW THINGS ARE AS GREAT as getting your home’s particulars just the way you want them: the marble slab at the right height for rolling out pie dough, a dimmer control that correctly calibrates the lighting, a barstool that’s not just cool but comfy.

But it’s not everyone who conjures a wish list like Joan Riddle’s. “You saw the sinks: We struggled with them. That’s Joan,” says her longtime general contractor and major fan, Mark Hoopes. Those sinks would be the two cast-iron wall hangers in the master bath. Except she didn’t want them to hang, but to sit. “She gets these quirky ideas, but then she does her research and makes it happen,” Hoopes continues, “and that’s why it’s so much fun to work with her.”

Attention to detail and some fun are what friends and associates have come to expect from Joan, who shares her sprawling house in Chester Springs, Pennsylvania, with a menagerie of pets and an accommodating husband, Tim. The household also includes offspring, Kate and Joe, now grown but often around. In fact, the latest installation, a basement pub, was Joe’s idea. 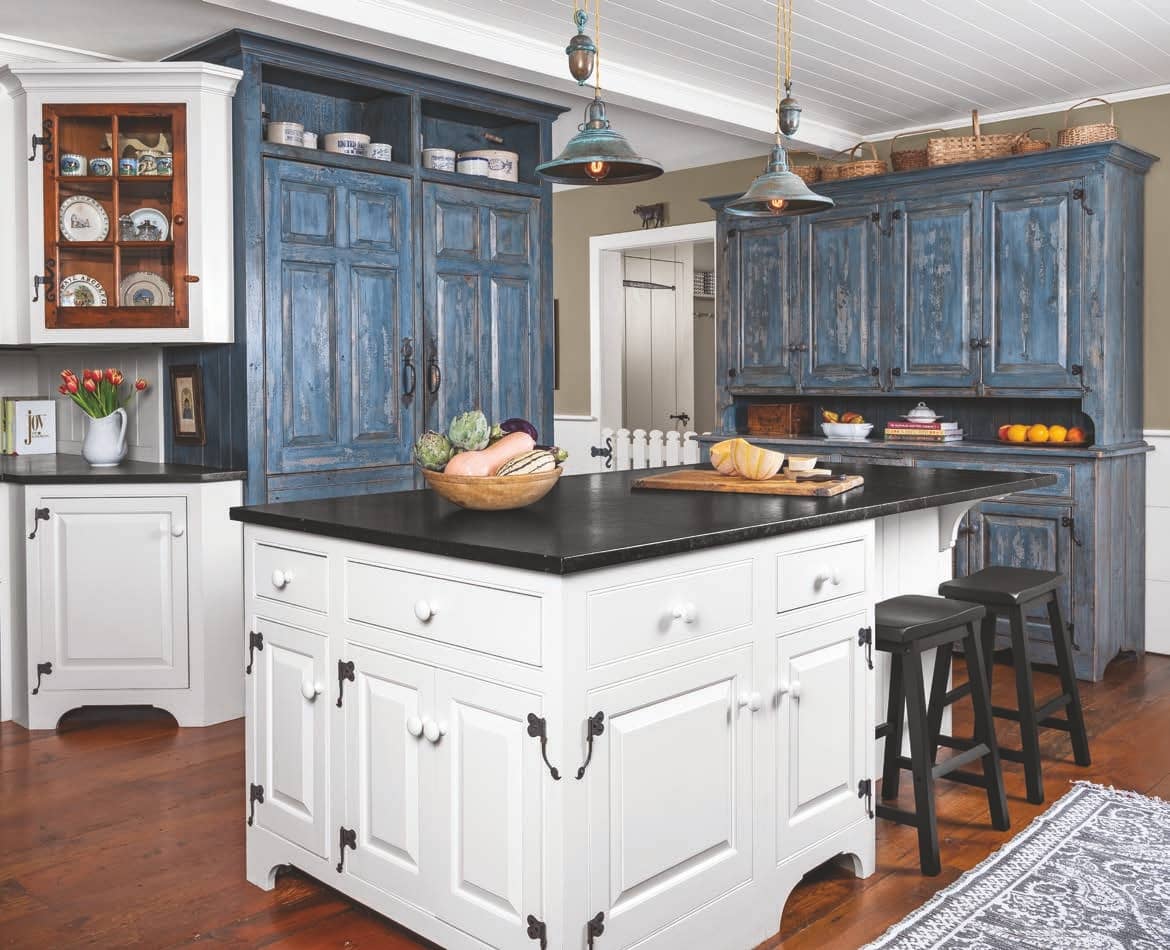 But let’s back up. Joe was born the year after the couple moved into the four-bedroom, three-and-a-half-bath house and began tinkering. As the years went by, their sights shifted among the house and the grounds and the outbuildings, which include a stone barn. You’ve heard of slow food? Think slow reno.

The couple had inherited a crazy quilt of old and new. While the township started keeping records only in 1996, the stone walls in one section of the Riddle house probably date to the 1840s, when the house would have been two rooms over two, with attic living space and a below-ground kitchen, according to a 1980 document prepared for a state historical commission. Jim Helms, a neighbor who serves on the local historical commission, speculates that the stone walls may have been built by masons who arrived with an influx of Lutherans in the 1840s, but he throws his hands up when it comes to the barn. While 1805 is inscribed on a date stone, that year may refer to the barn’s predecessor. 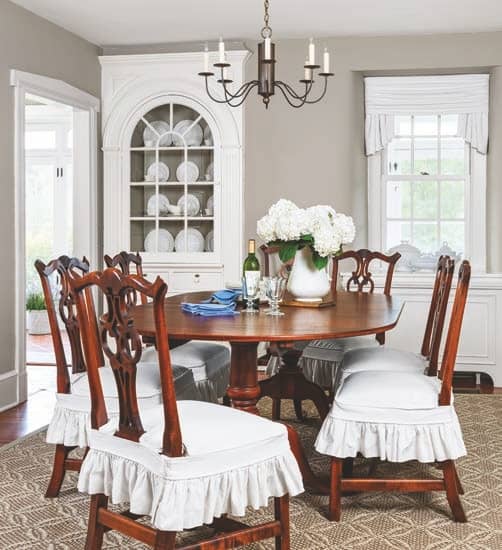