Making a House Their Own 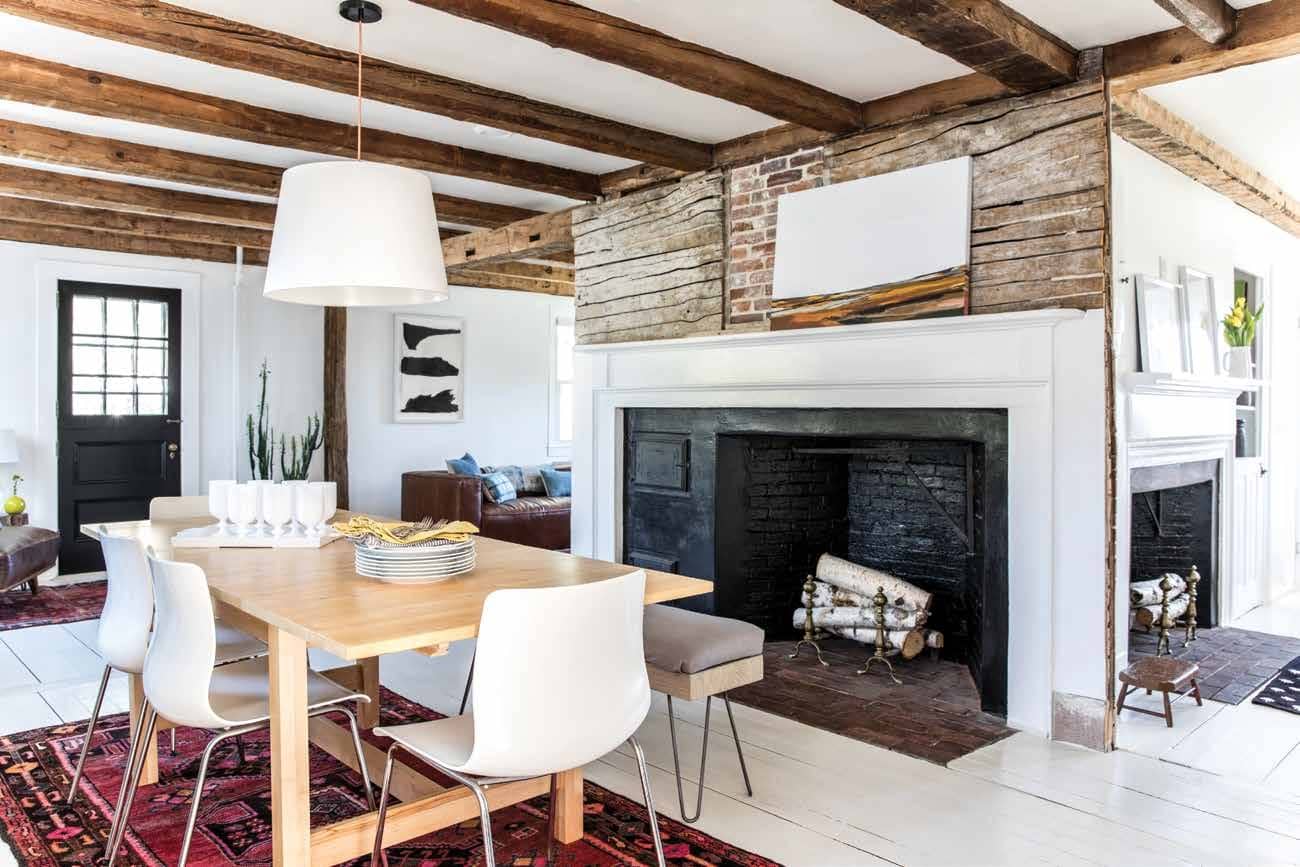 A young couple tackle the project of a lifetime, showing what’s possible when you’ve got DIY skills, a go-for-it attitude, and stamina to spare

Homeowners are often in it for the long haul, but not many of them get in shape for a major renovation by long-distance running.

“I ran a marathon when I was six months pregnant,” says Sarah Madeira Day, one half of the brains and brawn behind the kind of whole-house reno that would give pause to a seasoned general contractor. “I have energy like a ten-year-old!”

Energy is handy when your new house, perched seaside in Cumberland Foreside, Maine, is in shambles, and you’re living out of one room while gutting others and also working full time. Also useful: having a track record as a DIYer, a background in design, a hard nose for a budget, and a great eye—not to mention an equally hardworking spouse and supportive family members. 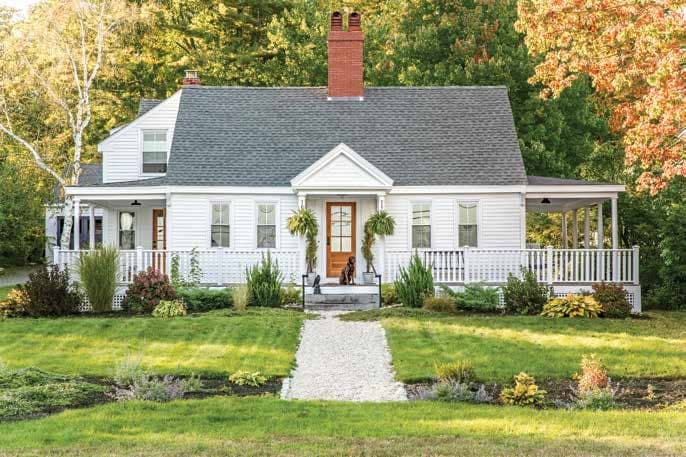 With a soft spot for rescue dogs, forgotten heirlooms, and neglected houses, Sarah has heart as well as muscle—and a dry sense of humor hasn’t hurt. Asked how two young professionals like her and her husband, Wes, know how to ply a tractor and crane, she says, “We don’t!” Pause. “We’re so lucky we’re still married.”

He’s a pharmacist and skilled woodworker; she’s an artist who sells her prints online and has worked for an interior designer. Both grew up in Maine, in do-it-yourself families. Sarah’s skilled dad and uncle worked at a pile of a hotel on Mount Desert Island, keeping its aged infrastructure functioning. “If my sisters and I wanted to hang out with them, we’d do what they were doing,” she says. “We learned a lot through just being with them, and the same with Wes and his family. You get the gist of things, mess up, do it again, and eventually catch on.” 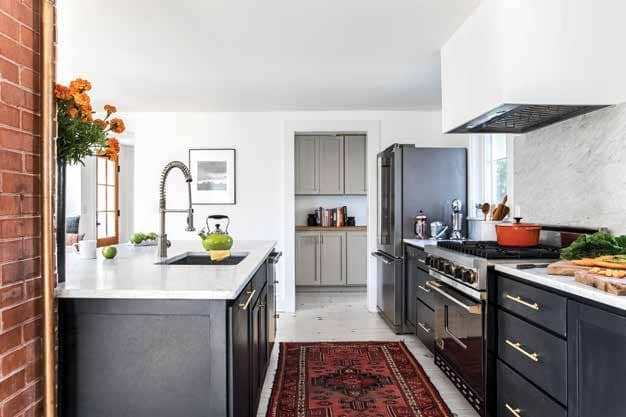 Still, no one is ever fully prepared for what an old house can dish out, and theirs was no exception.

Having already survived the renovation of their first fixer-upper, in nearby Portland, the couple were now about to tackle a four-bedroom, one-bath Cape Cod–style house steeped in salt air and neglect. Real estate websites dated it to 1729—“You could say, ‘Great!’ or you could say, ‘Scary!’ ” Sarah observes.

The place came with an old garage, giving rise to fantasies of a finished workspace. Much of the house, meanwhile, needed immediate care, though its roof was okay and the structure sound, if “extremely hot in summer and very, very cold in winter,” Sarah says. The yard was ragged, the roof, walls, and floors uninsulated, the wiring no-good knob-and-tube, and the wheezy oil-burning boiler in the dirt-floor basement could not keep up. The windows defied saving, the floors were uneven, and the water-damaged “kitchen” comprised discrete stop-offs in a rambling L-shaped wing added who knows when.

A shed-like rear add-on and several interior walls came down to open up the first floor, relocate the kitchen, and make way for a 774-square-foot, two-story addition. The new section holds a mudroom, pantry, laundry, and powder room; upstairs a master suite extends over a new side porch; a new portico on the other side of the house now serves as the main entry. In the existing house, which held four bedrooms and one bath, a second-floor hallway was widened, a closet demolished, and a window closed up; one-bedroom became a studio. The house now holds 2,480 square feet of space.