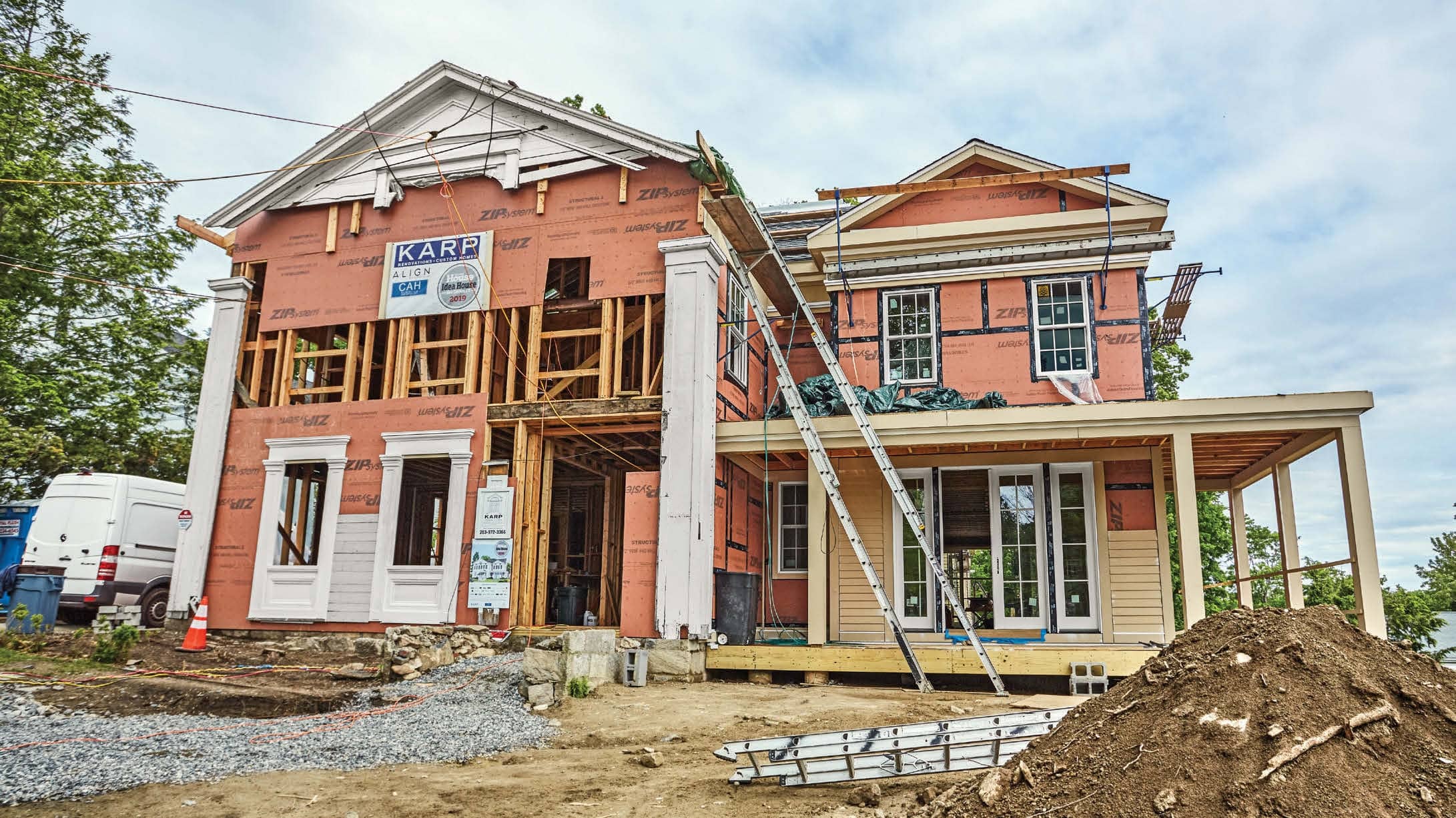 CONNECTING WITH THE PAST takes on a whole new meaning when it involves marrying brittle 179-year-old beams with the code-compliant framing of a new structure. Just ask Gordon Jacobsen, the project manager overseeing the construction of This Old House’s 2019 Idea House.

“This is the hardest part,” he says, pointing out the hand-hewn beams now sandwiched between crisp new 2×6s. When the work is complete, those beams—along with a number of surviving windows and trim sections—will be all that remains of the Greek Revival that has been a fixture on Main Street in downtown New Canaan, CT, since at least 1840. The house taking its place will retain its familiar architectural style while incorporating updated materials, technology, and design elements that will carry it into the next century.

It took developer Arnold Karp nearly five years to purchase the derelict house, which stood vacant for eight years and was in foreclosure. The roof leaked, and raccoons had taken up residence inside. With the sale confirmed, Karp faced a second challenge: convincing historic district officials to green-light demolition of much of the rambling structure whose additions dated from the 1960s onward—while preserving whatever might be worth saving. They agreed, with the stipulation that he retain the front and left side of the original portion of the house (on the left), and replicate the height of the roof ridge .