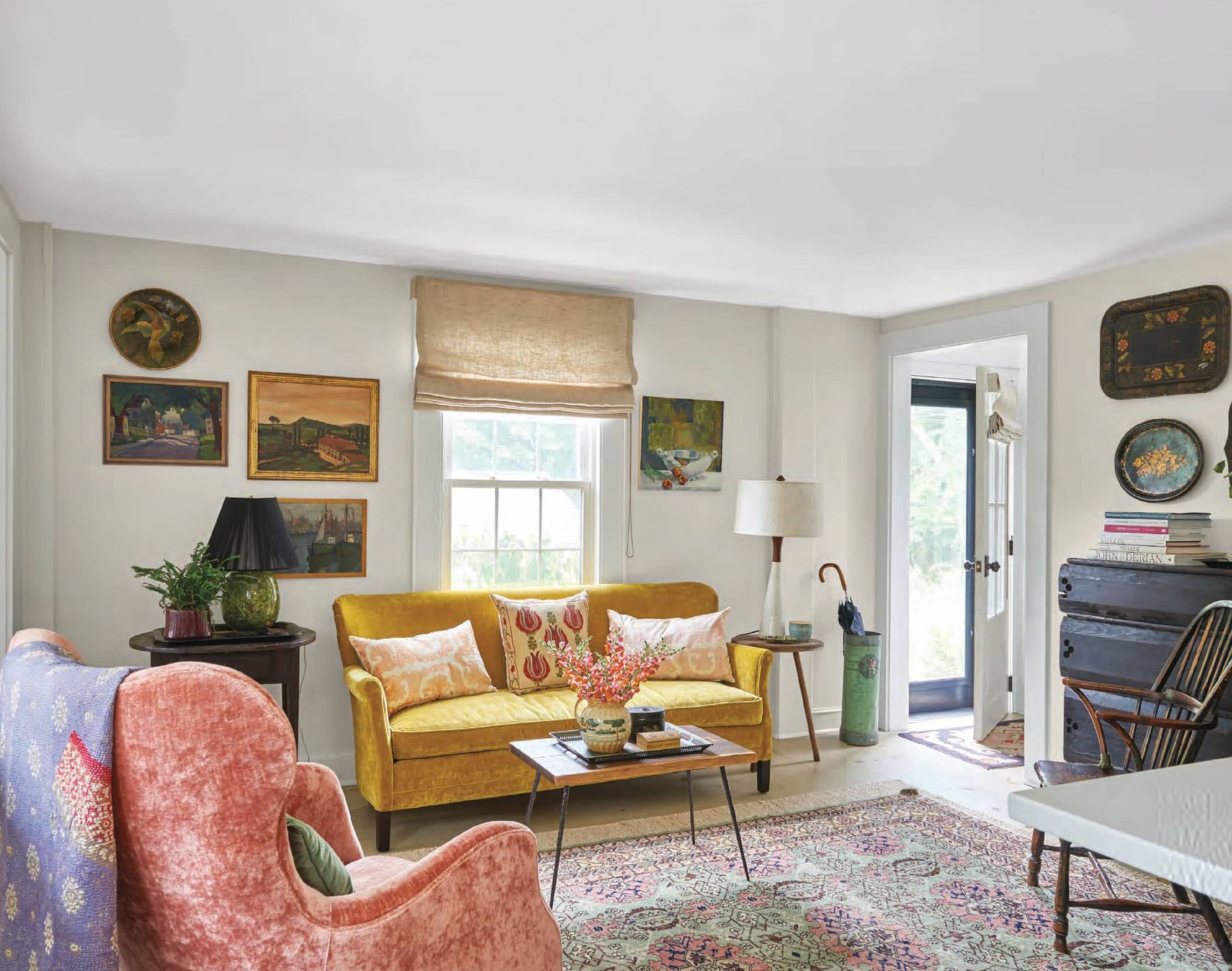 Not too big, not too small, a 1920 Cape Cod–style cottage proves a perfect fit for a design-minded homeowner with the vision to tailor it to her needs

It’s not a big-deal house, and renovating it was no big deal either—most homeowners would be happy to post a few “afters” on Instagram and enjoy the applause. But Joan Osofsky, who bought the place the minute she first saw it, then poured her heart and three years into making it her own, is quick to share credit for what turns out to be a deceptively simple-looking whole-house transformation.

Joan tips her hat to her carpenter-contractor, a jack-of-all-trades who goes with the flow. And to the interior stylist who weighed in on which furnishings and paints colors to use, and where. Then there was the kitchen pro, who ventured suggestions on layout, and the cabinet experts at the local lumberyard. Plus the landscape designer and the landscape doer who turned the less-than-a-half-acre lot into layered vignettes. And let’s not overlook Joan herself, coauthor of two lifestyle books and owner of three home-goods shops and an online store (hammertown.com), and a homeowner with five whole-house remodels under her belt. This brings us to another member of the team on this project, Dana Simpson, Hammertown Barn marketing director, and Joan’s daughter.

That’s a pretty big brain trust—make that brain, eye, and gut—for a vinyl-sided 1,173-square-foot Cape in small-town Lakeville, Connecticut, with two bedrooms and one and a half baths. But no matter how small a project is, “collaborating is important,” Joan points out.