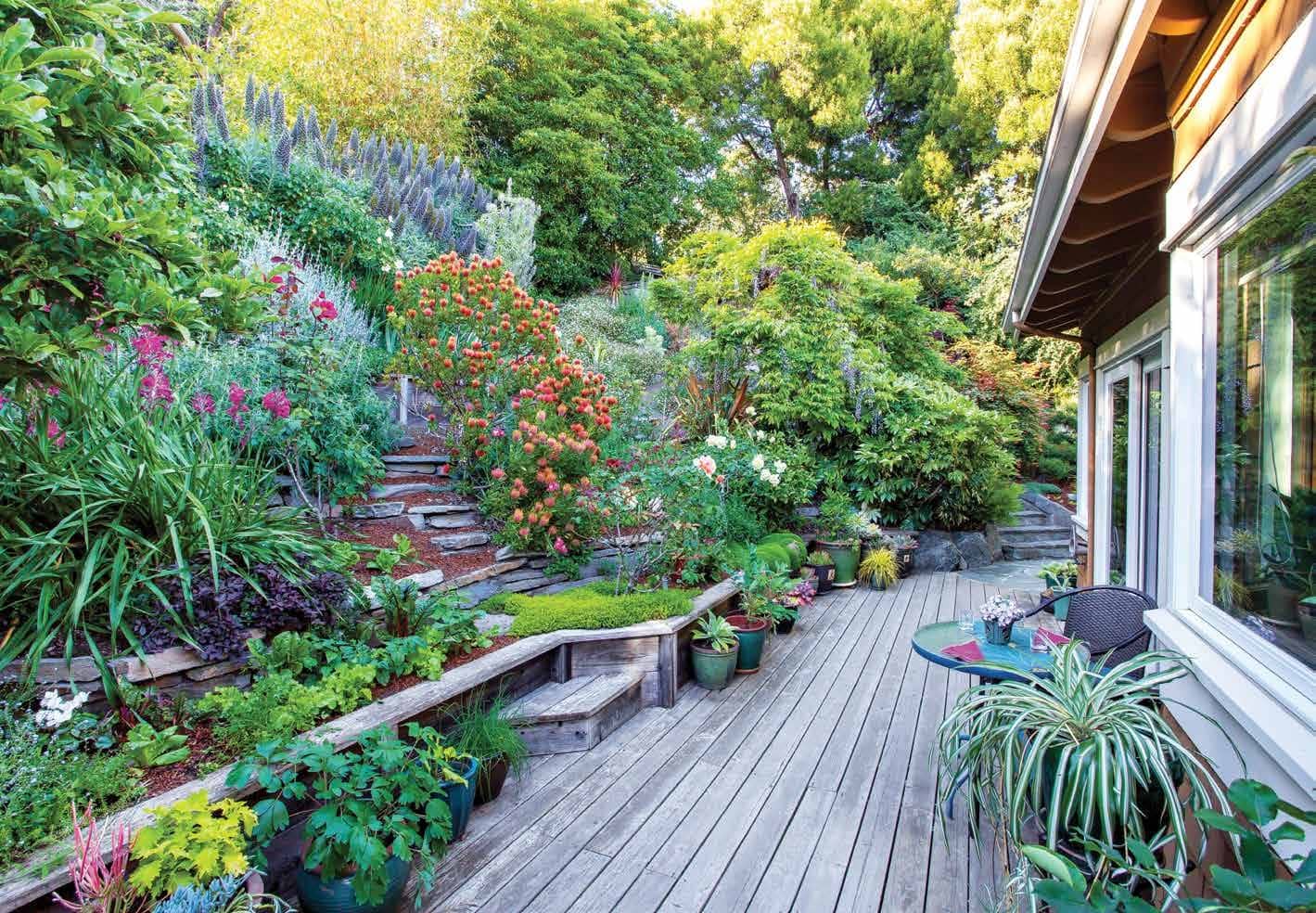 Decades in the making, this terraced garden offers 360 degrees of color, while providing layers of privacy from nearby neighbors and a lush habitat for visiting wildlife.

NOT EVERY HOMEOWNER welcomes backyard sightings of bobcats and gray foxes. Nor do many make a habit of eating lunch while watching monarchs butterflies lay eggs in potted milkweed plants. But Diana Magor is the exception. Her garden is as much a sanctuary for her as it is for the wildlife that take refuge there. A zoologist by training and profession, Diana spent her younger years studying manatees in the Amazon, Puerto Rico, and Belize. Now retired, her scientific observations take place much closer to home—oftentimes in her own backyard, where all but the deer and gophers are made welcome.

From the start, Diana set out to create a serene natural setting—“a house inside a garden,” as she describes it. Perched on a terraced hillside in Santa Cruz, California, with sweeping views of Monterey Bay, her house defies its suburban setting, its garden enclosed by mature trees and packed with fragrant flowers handpicked to lure birds and other pollinators. “It’s like living in a treehouse,” she says. “From every window you can see something green.”

The scenery was quite different back when Diana purchased the property 30 years ago. The house was a typical 1970s California Contemporary—clad in vertical plywood siding with awkwardly placed windows—built into a steep hillside of clay soil prone to puddling. “The prior owner told me I’d need heavy-duty muck boots if I wanted to garden here,” she says. “He wasn’t kidding.” As luck would have it, just three days after closing on the property, an earthquake struck, prompting Diana to start upgrading the house sooner than planned. 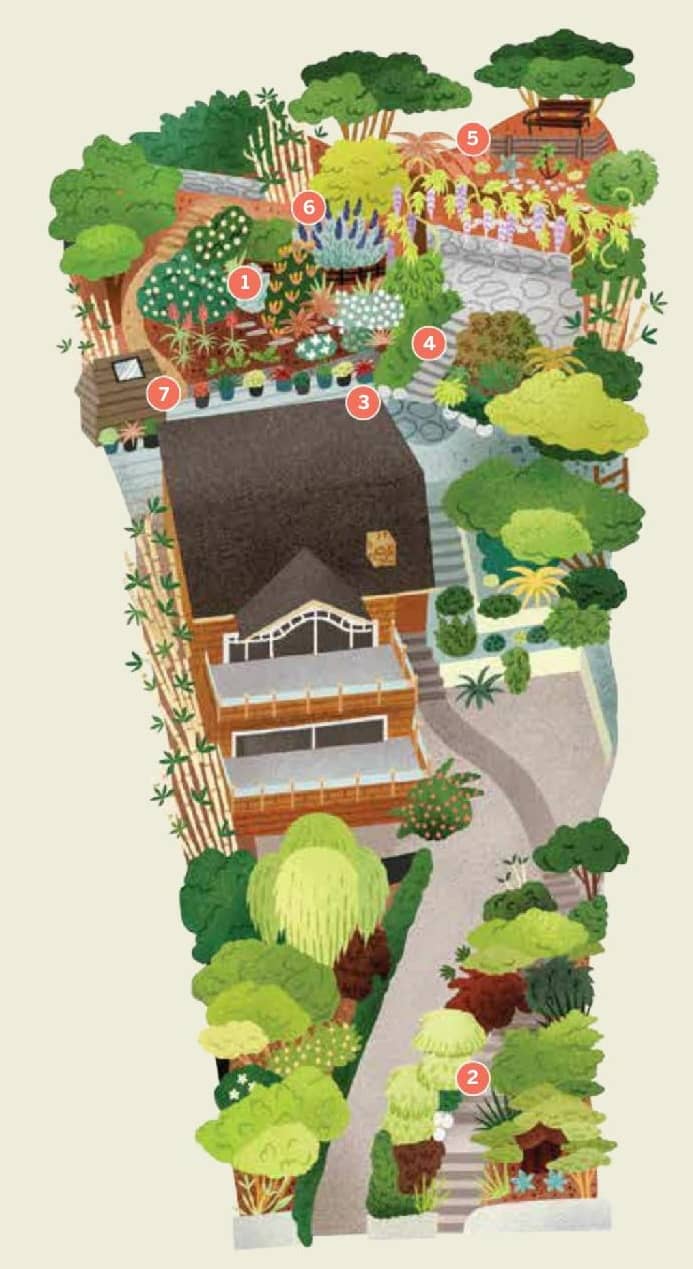 Cut into a steep hillside, homeowner Diana Magor’s house in Santa Cruz, CA, overlooks a Japanese-inspired front garden and Monterey Bay, while the back offers views of a colorful terraced flower garden. Dense plantings along the sides of the one-third-acre property provide privacy.

Some provide color and fragrance to lure pollinators, while others offer lush foliage