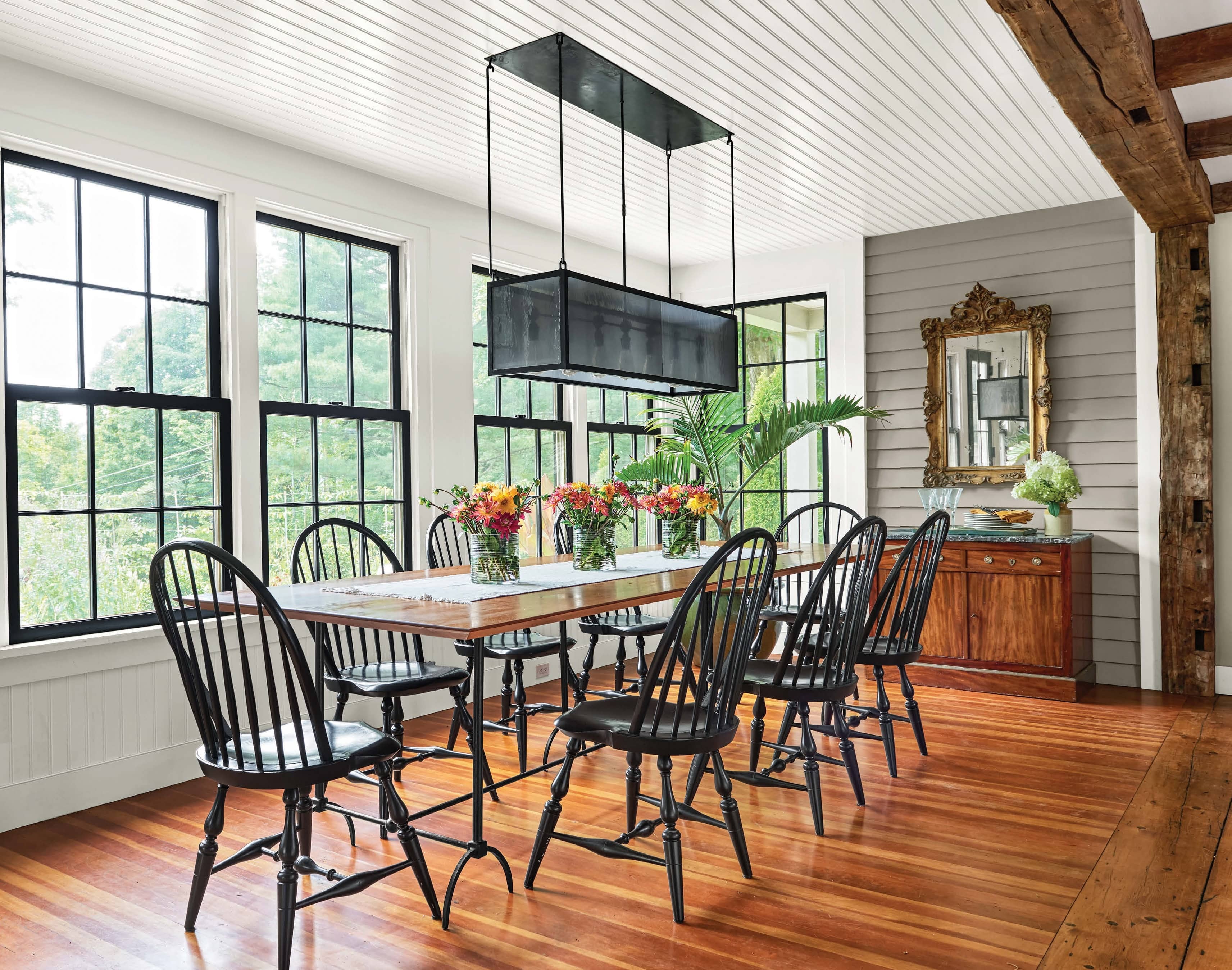 A 109-year-old house grows into its own, gaining living space and creature comforts while honoring its heritage

David Masello
RENOVATING AN OLD HOUSE is not unlike rejuvenating a mature garden: Both require careful pruning, the vision to direct new growth in the right direction, and a commitment to preserving the beauty and historical integrity of the overall structure. 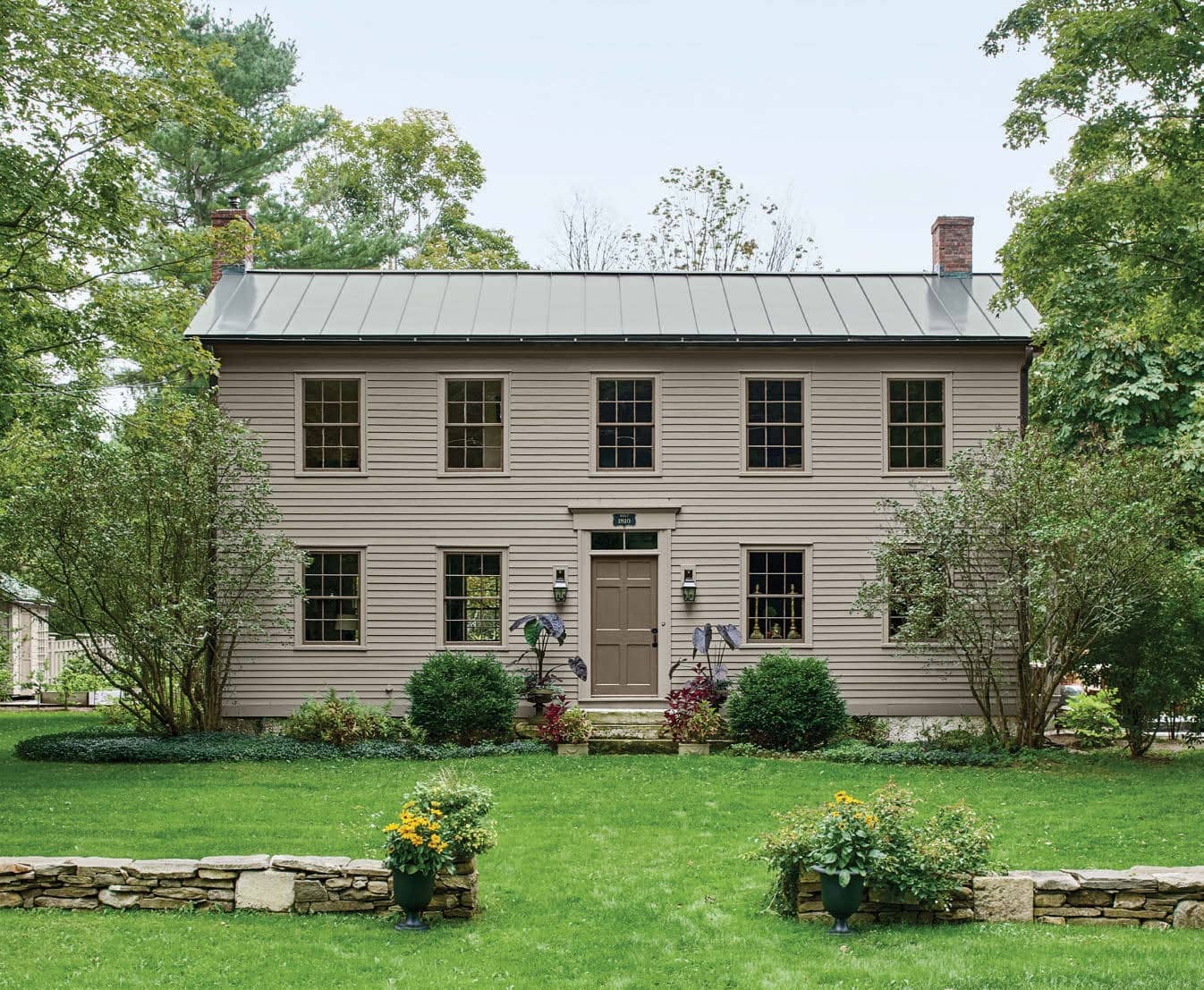 The similarities are not lost on Michael Beck, executive director of the Berkshire Botanical Garden, and his husband, Beau Buffier, an antitrust lawyer who is also an enthusiastic gardener. When the couple decided to renovate and add on to their circa-1810 house in the tiny hamlet of Richmond, in western Massachusetts, they quickly saw parallels: “Working with an eighty-five-year-old botanical garden means being sensitive to history but also understanding how to bring something that old forward in time,” says Michael, who also supervised the restoration of the botanical garden’s oldest building, which dates to the 18th century. 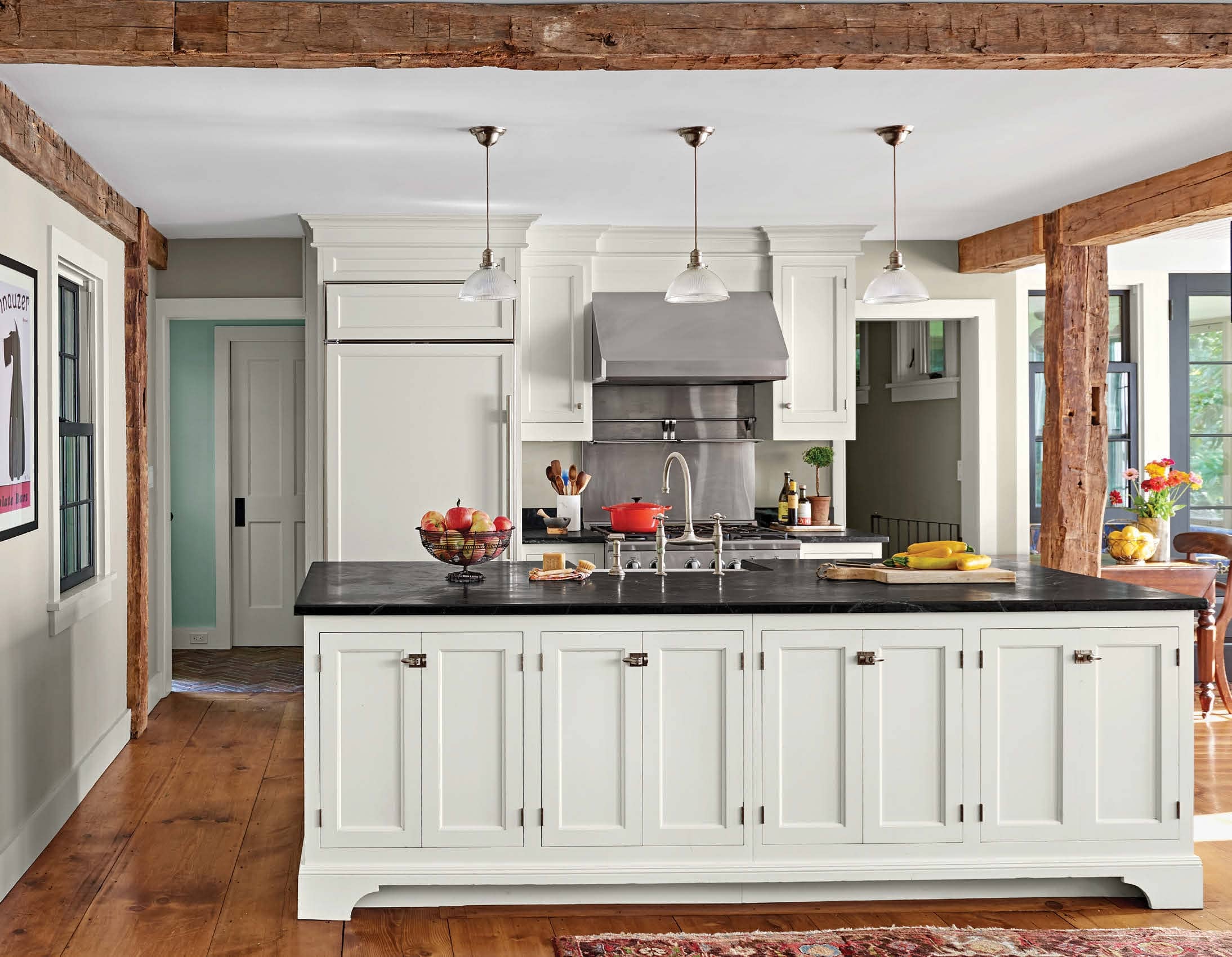 Right after moving in, the pair set about addressing immediate needs, replacing the sagging asphalt roof with standing-seam metal, and opening up the kitchen by removing a wall, then adding a spacious prep island in the center. “We love to cook, but we’re messy,” says Michael of the improved workspace. 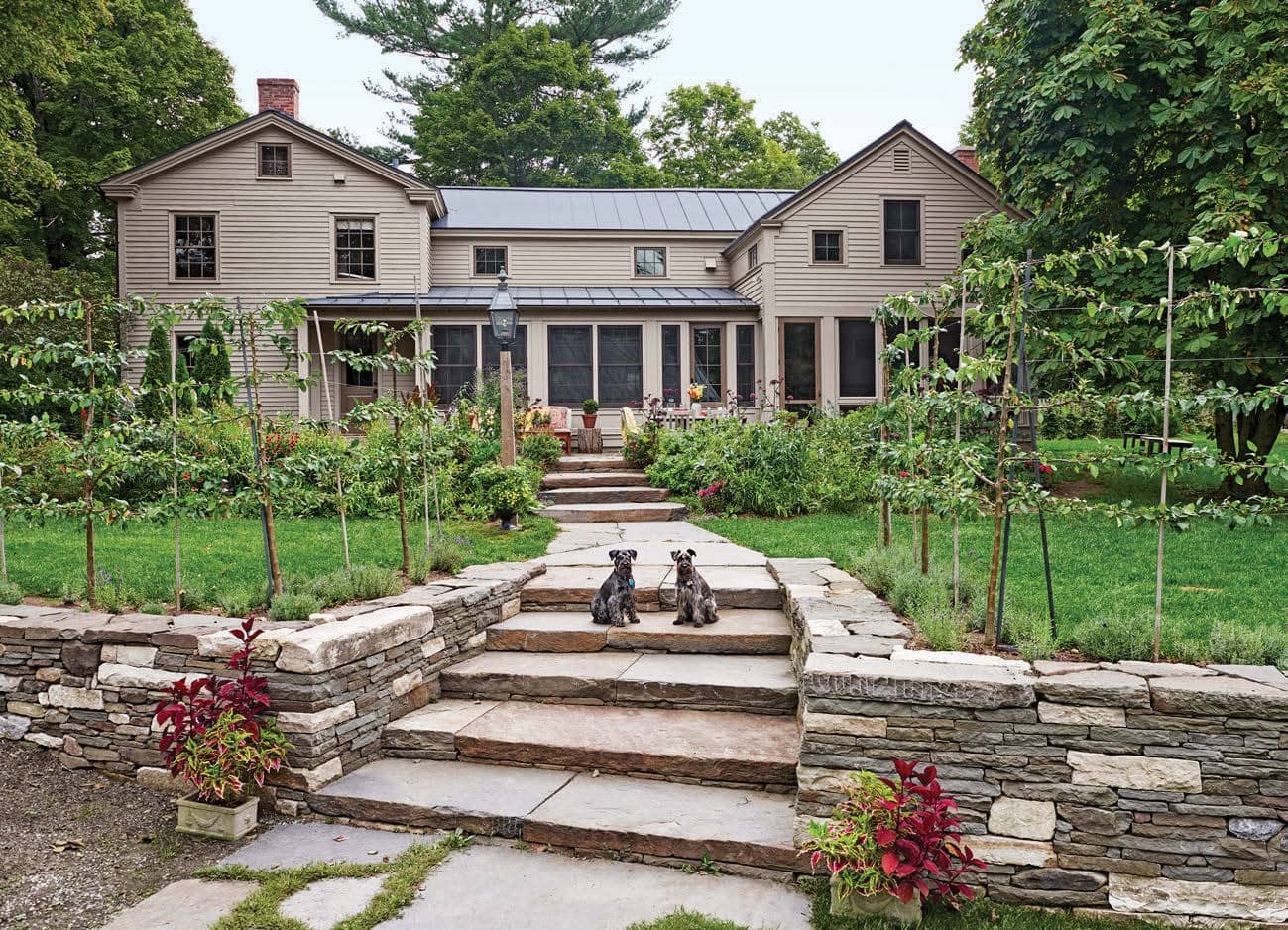 Recognizing that a cozy first-floor study would likely become a regular go-to spot in the house, they decided to create one that would be especially welcoming for themselves and guests. Key to the dramatic transformation of what had been an unused sitting room was installing wall-to-wall bookshelves and cabinets, including a bar, fashioned from old floorboards and ceiling joists with no finish on them, just the natural patina of time. “We chose wood based on its character,” says interior designer Matt Larkin, a friend and neighbor who designed the builtins with his wife, designer Lainie Grant, and who collaborated on other projects during the remodel. 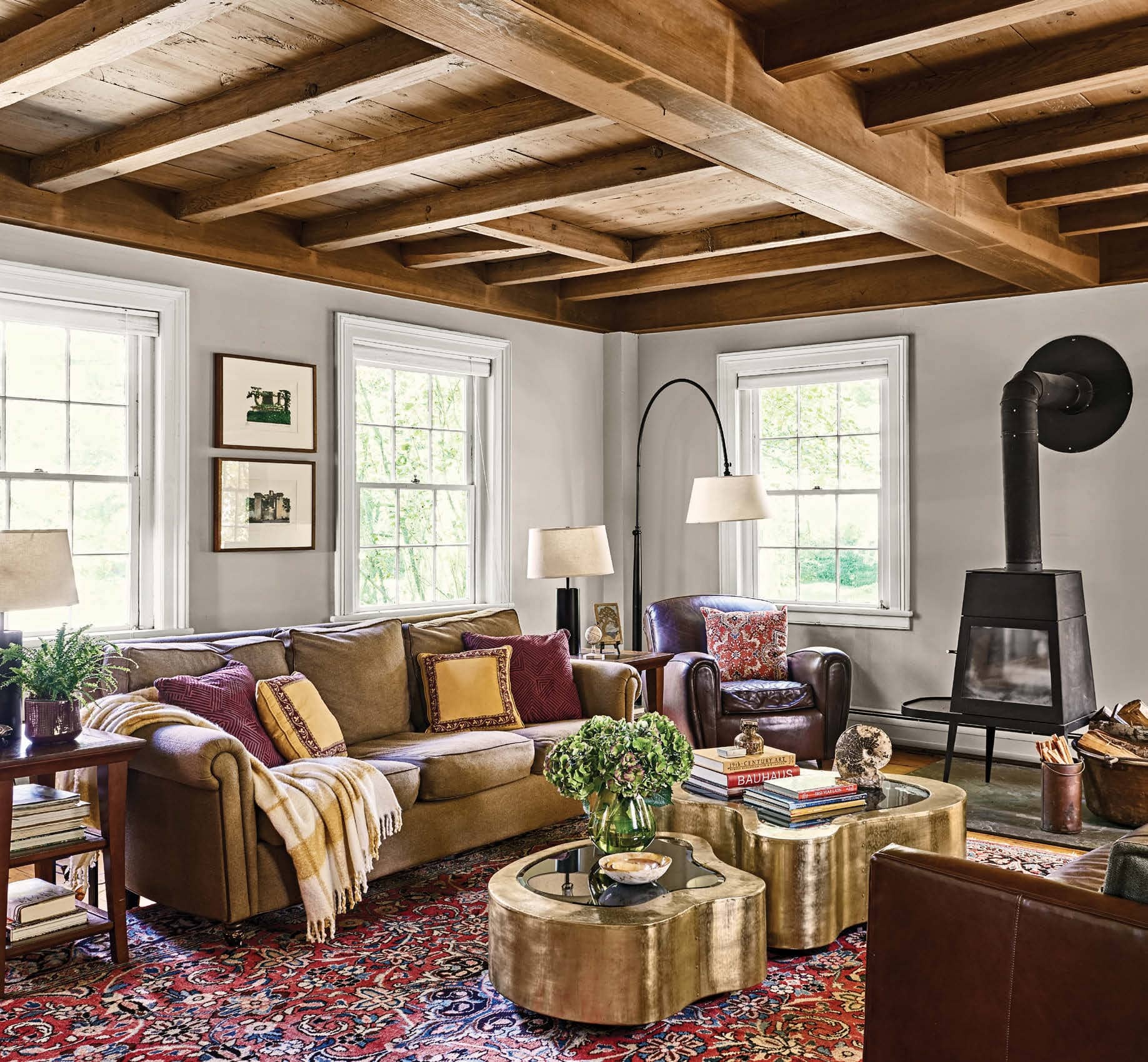